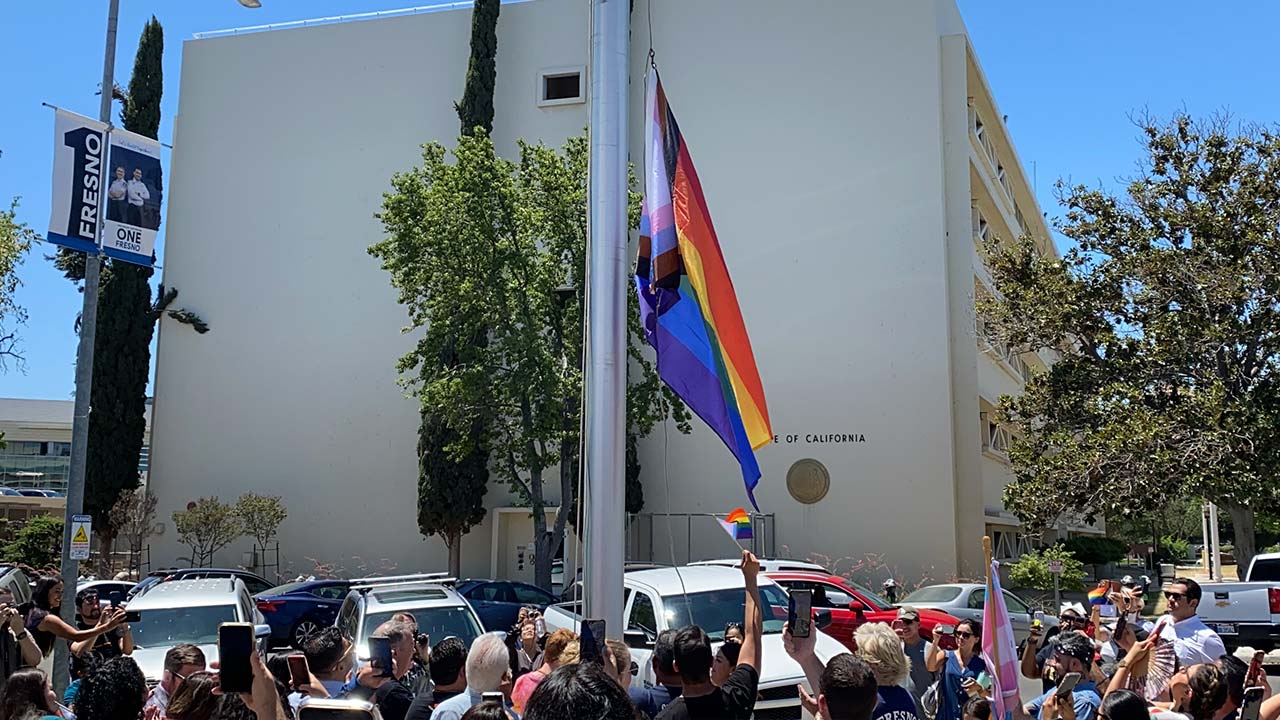 The Pride Flag is raised Friday morning for the second year in a row at Fresno City Hall. (GV Wire/David Taub)
Share with friends

In the heat of June, hundreds of community members gathered at Fresno City Hall for the second annual raising of the Pride Flag.

“You are loved,” Fresno Mayor Jerry Dyer told the crowd members, who were waving their own flags late Friday morning.

The ceremony included rainbow balloons — some popping because of the heat — award presentations, and speeches.

Happy to join my friend @FresnoFire Chief Kerri Donis, @MayorJerryDyer and many others for the PRIDE flag raising ceremony @CityofFresno. pic.twitter.com/gFhMnhOVrz

Kathleen Arambula-Reyna was recognized for her work with Fresno Reel Pride, an annual LGBT film festival.

“Become the change that you want to see in our community that does not exist,” she said from the podium.

While the crowd was not as large at the inaugural event last year, hundreds still gathered. A shade tent and ample water bottles were provided to keep people cool.

The event was also without the political drama of last year’s flag-raising. The city council and Dyer had clashed over whether to use a City Hall flagpole for the ceremony. After balking, Dyer signed off on the idea, saying “I don’t want people to feel excluded from the community.”

The Pride Flag is raised at #Fresno City Hall. pic.twitter.com/Ck4r9UDAR5

The event included a moment of silence for Jeffery Robinson, the Fresno gay rights pioneer who passed away earlier this year.

Several in the crowd wore shirts with a tribute caricature of Robinson’s visage. 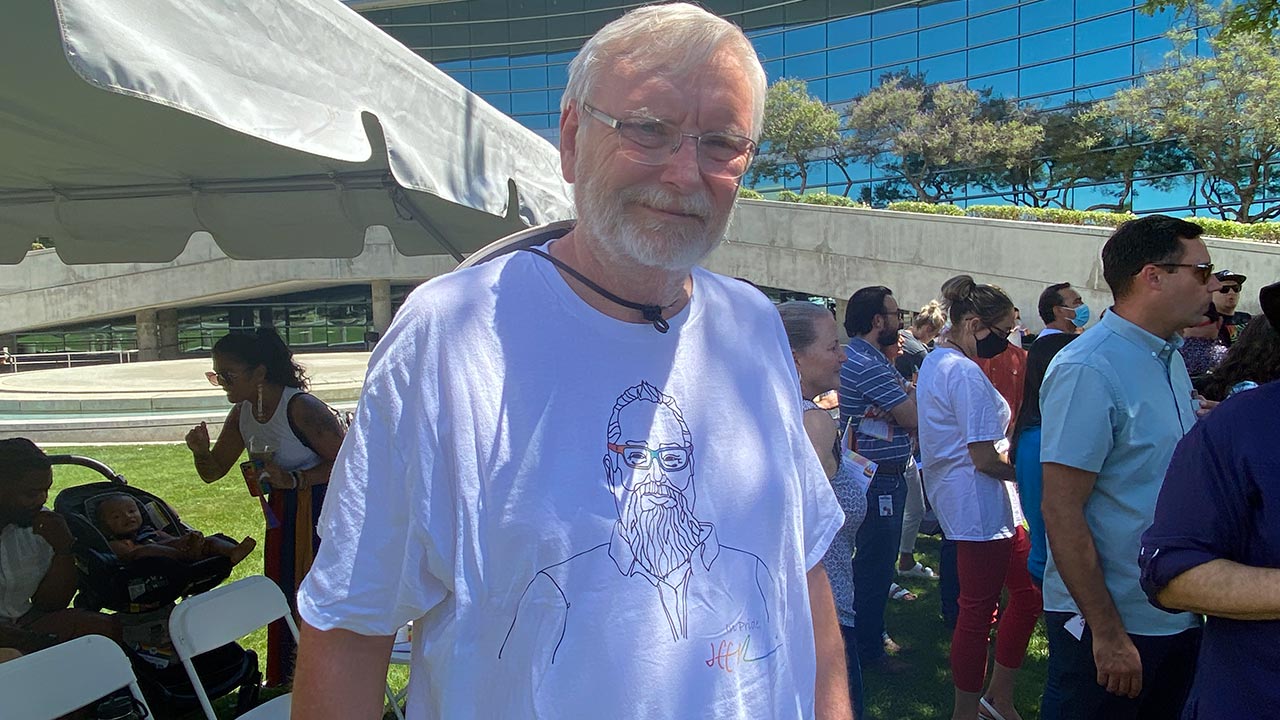