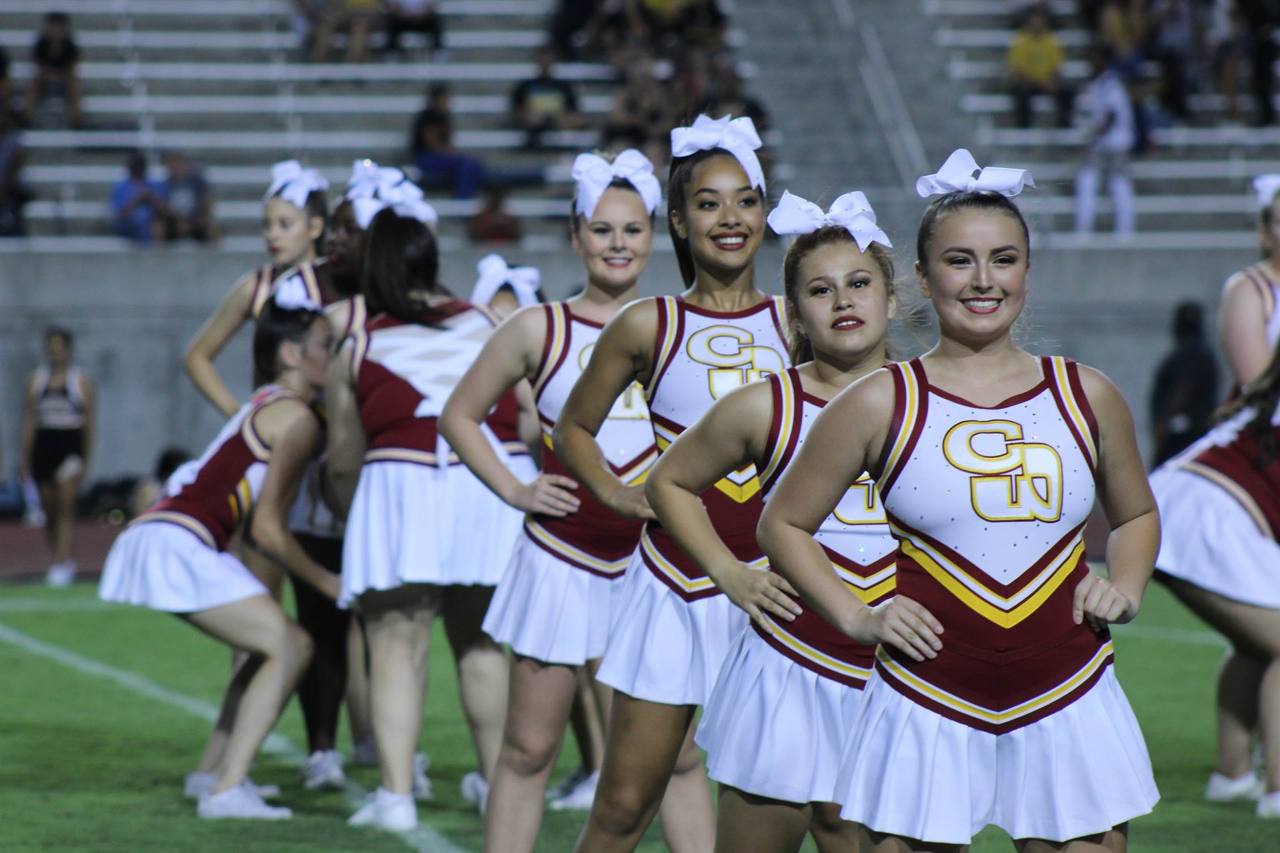 SAN FRANCISCO — After a spirited campaign, cheerleaders in California won the right Friday to return to high school football fields — and cheer.

Three days after the California Department of Public Health quietly banned cheerleading squads from attending sporting events, the agency reversed its decision Friday, bowing to an uproar from parents, coaches, and cheerleaders who chanted in protest: “Let us cheer!”

“Yay!” said elated mother Courtney Gomez, who said her 9th grader heard the news and “came running out of her room yelling, ‘cheer is back on!’ ”

The reversal was tucked into the agency’s daily news release on COVID-19 statistics, as a clarification that said “sideline cheer is an allowable sport” under state guidelines.

The agency has not provided any explanation of the rule change or the earlier ban, which made an apparent distinction between competitive cheerleading, which was allowed, and cheering on the sidelines of a football game. The Tuesday ban, which was inserted in a “Youth Sports Q&A” on the agency’s website, said “sideline cheer, band, drumline or other supporting groups are not allowed to attend sporting events at this time.”

It struck many as bizarre, since the state health agency had only just allowed cheerleading to resume along with football and other outdoor youth sports last month in much of the state.

Cheerleading coaches across the state called it confusing and unfair, and kicked off a campaign asking parents to email public officials, sign online petitions and complain to the state department of health.

“I blasted out emails to every person I could,” said Gomez, whose daughter attends Capuchino High School in San Mateo County, south of San Francisco. Her daughter had only just returned to cheer at her first football game last week, when competition started up again.

“They couldn’t cheer out loud, so the girls had to record their cheers and then play it on a speaker, and they danced to the cheers instead of yelling,” Gomez said. “They were doing everything the state asked.”

Then came the ban, which was additionally puzzling and insulting because it lumped cheerleading together with drumming and band as a “support group” even though it was officially declared a sport in California in 2016.

Until last month, nearly all interscholastic, club and community league sports in California had been on hold since the pandemic began last March.

California’s virus cases have dropped precipitously in the last two months, prompting a relaxation of the sports guidelines. State public officials announced in mid-February that all outdoor sports would be allowed — with safety protocols — once a county reaches a level of 14 cases or lower for every 100,000 people. Those levels now apply to much of the state.

The new rules imposed many limitations, including wearing masks in most cases on the field and sidelines. The rules also require weekly virus testing for all coaches and athletes 13 and older in close contact sports including football, rugby, and soccer if they are played in counties with a per capita infection rate above 7 cases. For moderate contact sports like baseball, cheerleading, and softball, testing is not required.

The California High School Cheer and Dance Association welcomed the reversal and its timing, hours before the start of Friday night football games.

“We don’t want to see any sort of double standards,” said David Kirschner, founder of the association of coaches from across the state. “It’s kind of hard to say you can play football, but you can’t cheer.”

Related Topics:cheerleaderCOVID-19high school football
Up Next