A Tulare County Superior Court judge handed down a sentence of 480 years to life for serial rapist Tyrone Laveno Williams on Monday.

Williams, 46, was convicted of rape and child molestation against three separate female victims, two of which were younger than 14, the Tulare County District Attorney’s office said in a news release.

“I applaud the courage of the victims and their families for coming forward and making sure justice was served. The pain wrought by a defendant like this is why I created the Crimes against Children Division,” Tulare County DA Tim Ward said. 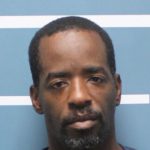 Williams, a Visalia, transient also was convicted of special allegations for multiple victims, having prior convictions, and being a habitual sex offender.

In the case involving the adult victim, Williams raped her after midnight on Aug. 26, 2019, at a park on Mooney Boulevard in Visalia. The victim subsequently identified Williams and his DNA was on the victim.