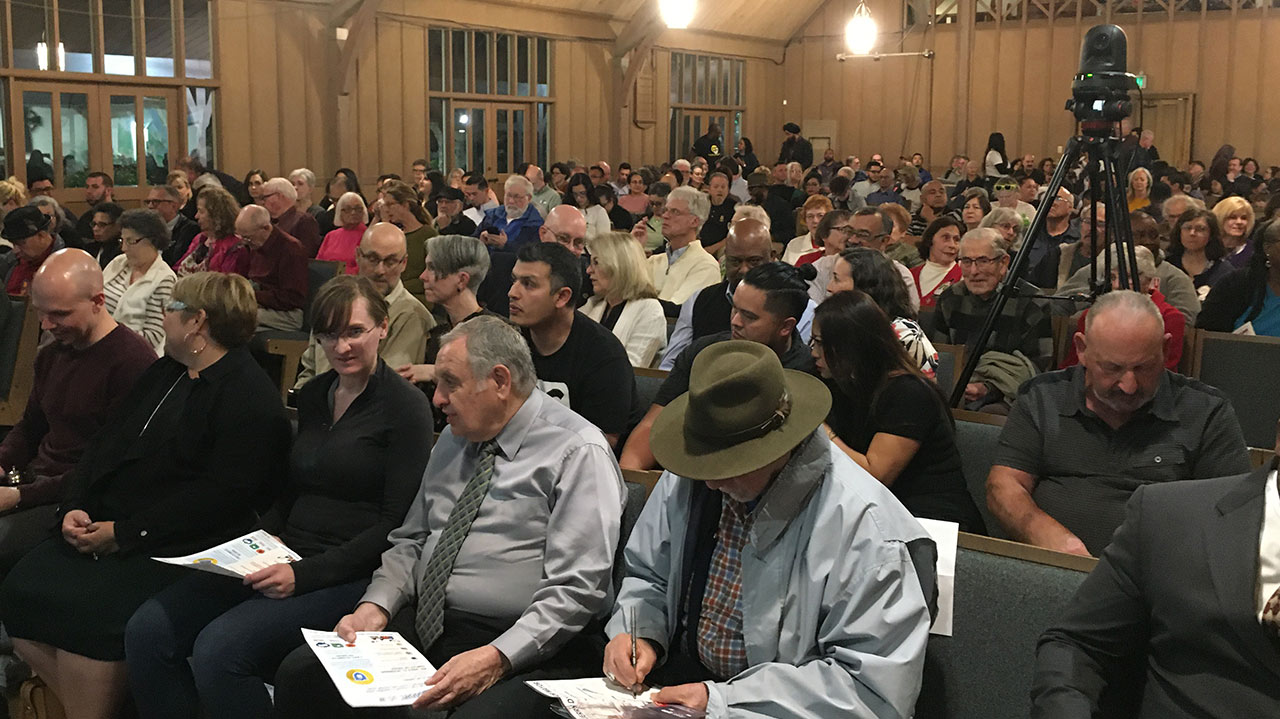 The largest crowd of the local political season showed up at the Fresno4All mayoral forum Thursday night, with 300 in attendance.
But one of the two front-runners did not appear — retired police chief Jerry Dyer.

Dyer’s absence wasn’t a surprise, however. Organizers didn’t even bother leaving a name card for Dyer at the table.
Officially, his campaign offered “no comment” about his whereabouts. Previously, he told the media that he was concerned about the fairness and safety of the event.

Five candidates participated, including the other front-runner, Fresno County prosecutor Andrew Janz. They answered questions such as how to spend transportation dollars and how to fix the city’s air quality.

The overflow crowd at St. James Episcopal Cathedral battled with audio issues from the pulpit, but behaved respectfully.
Other participants: Floyd Harris Jr., Brian Jefferson, Richard Renteria, and Nickolas Wildstar. Bill Gates did not attend.
The election is March 3, with ballots already mailed to voters. The Fresno City Council voted to allocate $6.6 million that became available in the usual budget magic that makes the money available. Higher than anticipated revenues led to the windfall, thanks to “stronger growth in development activity” which led to more planning department fees coming in.
On Wednesday, councilman Garry Bredefeld had railed against the allocation plan at a news conference he called.  He said the spending proposal for the extra funds would be “wasting” money. Bredefeld also called for directing the new funding to parks and sidewalk/street repairs.

During Thursday’s debate, Bredefeld was more gentle with his sledgehammer, supporting the plan for a seniors center near Fresno State, and restoring $1 million needed for the Darling rendering plant relocation project in southwest Fresno.
Among other things, the rest of the funds will go to the seniors center ($1.3 million), paving projects ($1.2 million), the council operating budget ($700,000), and census outreach ($250,000).

Bredefeld, at one point, brought up the high cost of affordable housing, mentioning the $450,000 per unit price tag of the Blackstone/McKinley project under construction.
Councilwoman Esmeralda Soria defended the cost with her own metric.
“A lot of times, we get caught up in soundbites,” Soria responded. “If you think about the math … ($450,000) divided by 50 years … that means the 50-year affordability covenant actually cost us $8,000 (per unit). We have to think about the long game and the broader picture. … The real value is 88 families will not be homeless.” 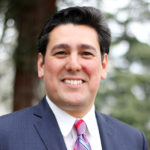