PETERSON AIR FORCE BASE, Colo. — Depending on which country they’re from, the kids may ask about Father Christmas, Papa Noel, Saint Nick or Santa Claus.

For the 64th time, a wildly popular program run by the U.S. and Canadian militaries is providing real-time updates on Santa’s progress to millions around the globe.

But those who believe all want to know one thing: where in the world the jolly old man and his sleigh full of gifts are on Christmas Eve.

For the 64th time, a wildly popular program run by the U.S. and Canadian militaries is providing real-time updates on Santa’s progress to millions around the globe.

And this year, the North American Aerospace Defense Command is offering even more high-tech ways for children and parents to follow along.

Operation NORAD Tracks Santa has evolved from a misdirected telephone call in 1955, to a trailer parked outside the command’s former lair deep inside Cheyenne Mountain, to NORAD ’s modern-day headquarters at Colorado’s Peterson Air Force Base.

Along the way, the tens of thousands of telephone calls fielded by NORAD volunteers each year have been augmented by an explosion of technology that lets millions track St. Nick’s journey from the North Pole to the Pacific and Asia, from Europe to the Americas. 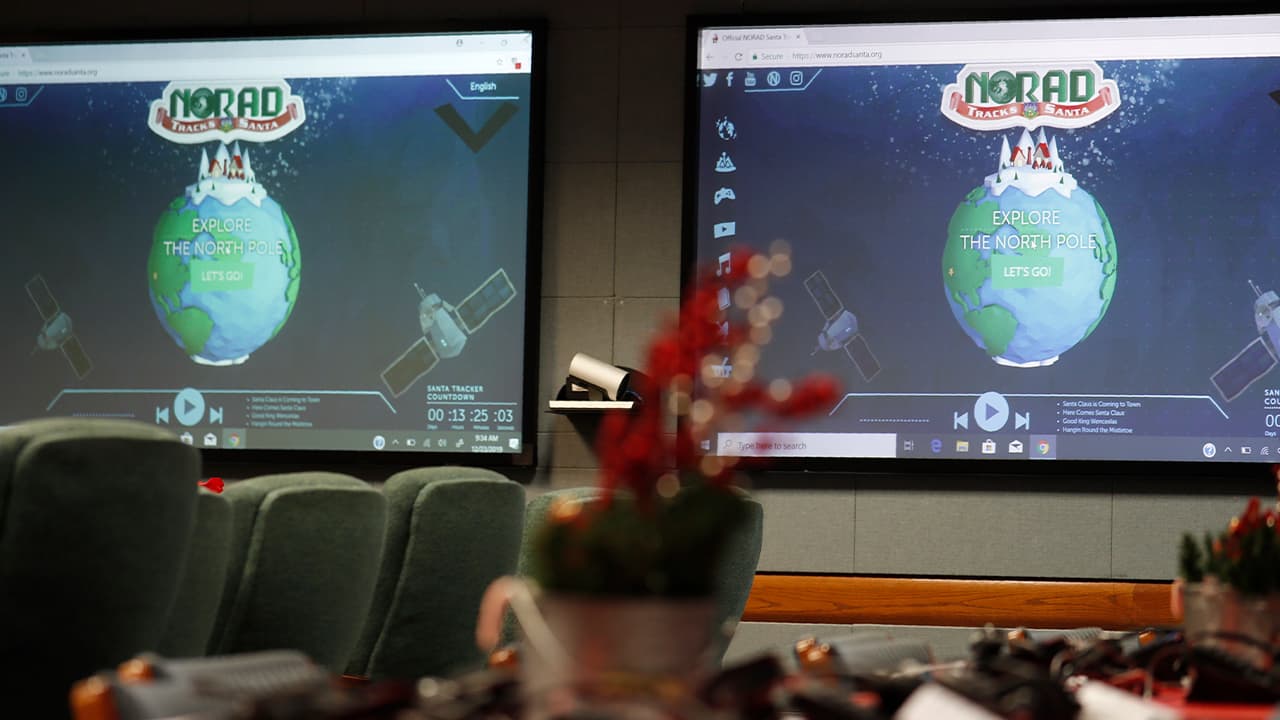 Monitors are illuminated in the NORAD Tracks Santa center at Peterson Air Force Base, Monday, Dec. 23, 2019, in Colorado Springs, Colo. More than 1,500 volunteers will answer an estimated 140,000 telephone calls from childfren and their parents who will be checking on the whereabouts of Santa Clau on Christmas Eve. (AP Photo/David Zalubowski)

It Takes a Village of 1,500 Volunteers to Field Emails

This year’s portals include Alexa, OnStar, Twitter, Facebook, Instagram and 3-D apps developed for mobile devices by Cesium, a Philadelphia-based IT and defense contractor. The apps integrate geospatial and satellite-positioning technology with high-resolution graphics that display the actual positions of the stars, sun and moon and the shadows they cast at any point in Santa’s journey.

It takes a village of dozens of tech firms — including Google, Microsoft, Hewlett Packard and Bing Maps — to deliver the immersive effect for global Santa trackers, with some 15 million visits to the website alone last year.

More volunteers and firms donate food, water and coffee to those on Santa Watch.

“Hi Santa Trackers! Lots of kids are waiting to ask you about Santa,” a sign reads.

Volunteers are equipped with an Operations Center Playbook that helps ensure each and every caller can go to sleep happy and satisfied on Christmas Eve. 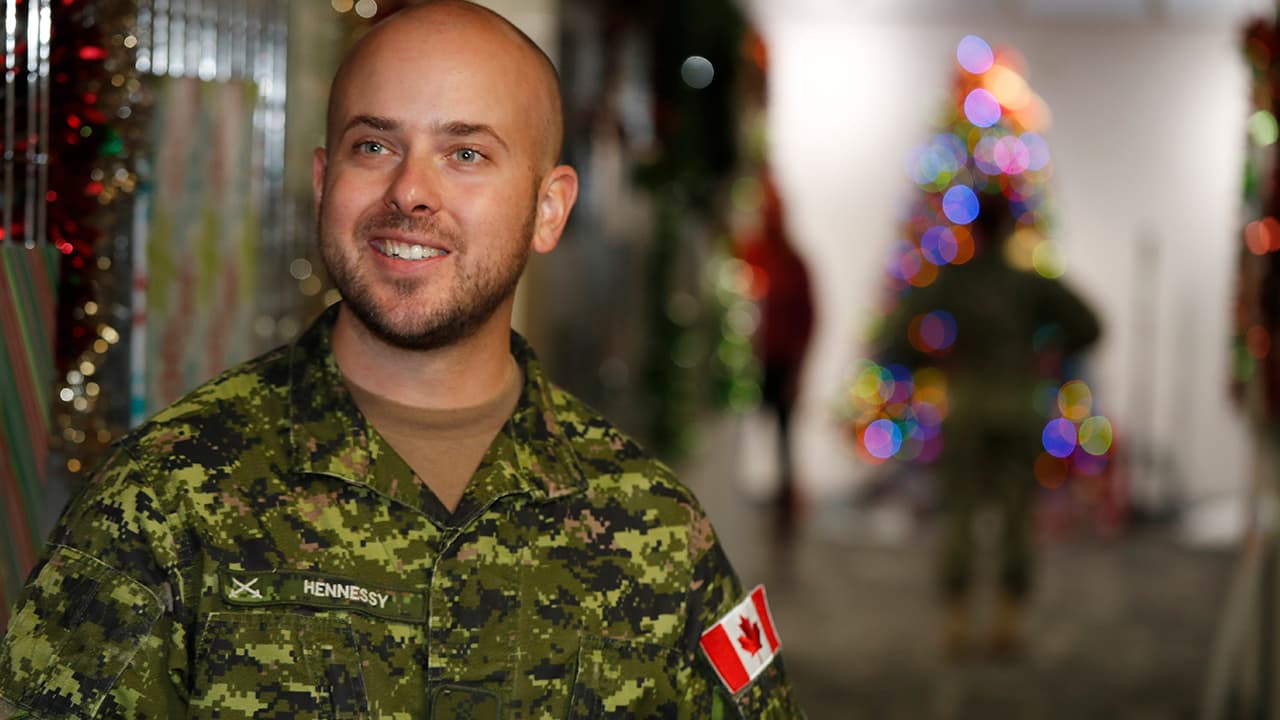 Most Early Calls Come From Japan and Europe

Longtime Santa trackers are familiar with the NORAD-Santa story.

In 1955, Air Force Col. Harry Shoup — the commander on duty one night at NORAD’s predecessor, the Continental Air Defense Command — fielded a call from a child who dialed a misprinted telephone number in a newspaper department store ad, thinking she was calling Santa.

A fast-thinking Shoup quickly assured his caller that he was. And a tradition was born.

For team members, once “Big Red” — Santa’s code name — is airborne, Schlachter said, “it’s off to the races.”

“I’ve never had a block of time move so quickly,” he said.