California Needs to Treat Homelessness Like the Disaster It Is. Let’s Provide Housing First 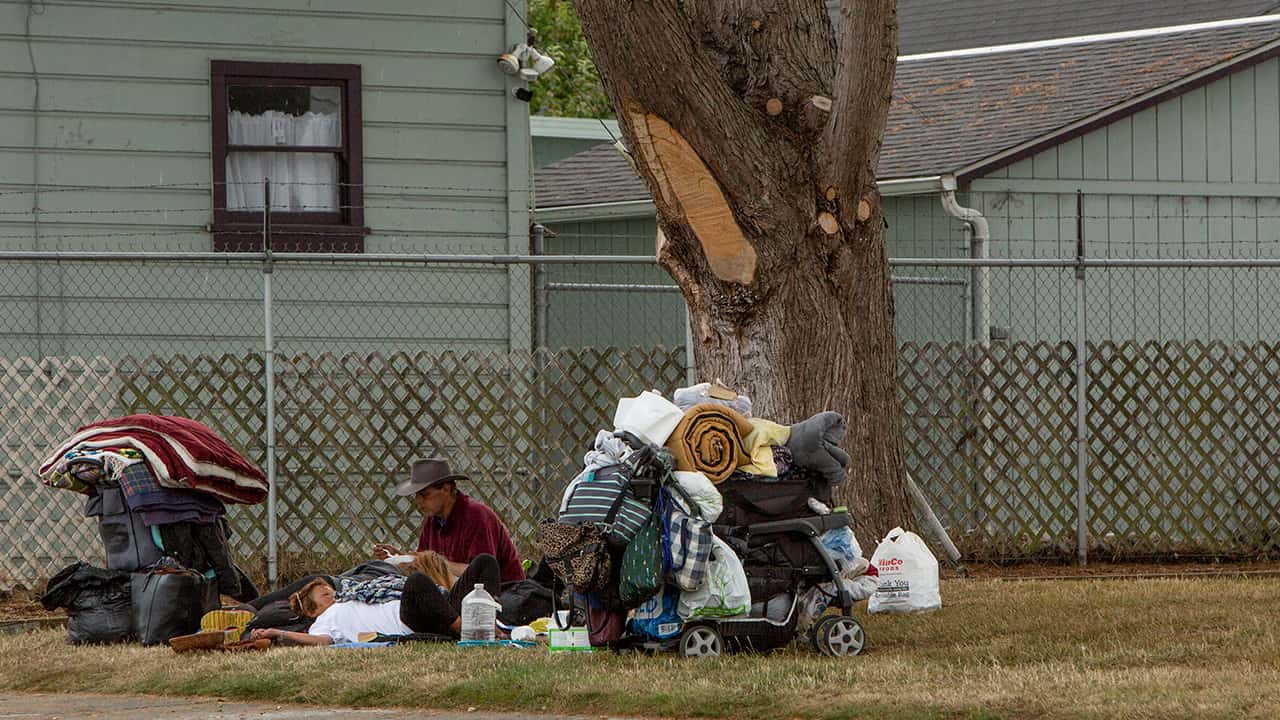 For the past 23 years, I have led a statewide homeless services and housing development agency. In Los Angeles, I have interacted with four mayors, three cycles of county supervisors, and dozens of city council members.
During this period, the approach to the growing issue of homelessness has been predictable. Political efforts and resources to sufficiently fund services or build housing were always limited. Granted, leaders tried to slow down this human epidemic.
They proposed and passed housing bonds, 10-year plans, various initiatives and homeless counts. They created task forces, appointed homeless leaders and created the Los Angeles Homeless Services Authority, a joint county and city agency.
Ten years ago, a strategy that shifted funds toward moving people into permanent housing and then linking them with services became popular. It is called housing first, and it became the establishment’s favorite approach to solving homelessness.
This year, with tents flooding our streets like a natural disaster hit, and with hundreds of millions of taxpayer dollars spent, the public is beginning to question the establishment’s approach to solving homelessness.
A recent Los Angeles Times survey found that 66% of respondents believed Los Angeles officials ineffectively spent hundreds of millions of taxpayer dollars.

The Supreme Court Is Considering Blowing up Local Ordinances

To no surprise, the public is getting restless. My agency has been contacted by numerous community leaders—business and faith—asking how we can shake up traditional approaches to addressing homelessness.
The end of 2019 could very well be a precursor for things to come.
Recently, Peter Lynn, the head of L.A. Homeless Services Authority resigned. He is one of the smartest leaders in this field, and oversaw record numbers of people being housed. But his five-year tenor was difficult in the current political environment.

On the federal level, the head of the U.S. Interagency Council on Homelessness, Matthew Doherty, was recently fired by the Trump administration. He was another cutting-edge leader who advocated for Housing First.
Already there is talk of breaking the Los Angeles Homeless Services Authority into regional agencies, or turning it into a joint powers authority like the Metropolitan Transportation Authority. And Trump appointed a controversial new Interagency Council on Homelessness leader, Robert Marbut, who believes housing is the fourth priority, not the first.
Now, the Supreme Court is considering blowing up local ordinances that allow people to live on the streets, if there is not enough shelter.
Some might say it’s time to shake up the establishment’s approach to homelessness. Some shaking up in California might be good, as long as it’s not an earthquake.
We certainly need to respond to homelessness like it is a natural disaster. That means not building a limited number of permanent buildings for shelters, but setting up enough temporary structures immediately, perhaps on county and city property, to get people off the streets now. If thousands of people became homeless because of an earthquake, it wouldn’t take officials long to set up temporary shelter.

Disproportionate Percentage of People of Color Are Homeless

Shaking up how we build permanent homes should also be in the mix.


There is a disproportionate percentage of people of color who are homeless. African Americans consist of more than 40% of the homeless population, yet only represent 13% of the general population. Shaking up means looking at homelessness as an equity issue, as well.
A half a million-dollar studio apartment for one homeless person feels like a design-by-committee solution.
Let’s ignore established ways of building, and re-look at land acquisition. Public land should be donated, not sold to nonprofit developers. And there must be different forms of construction material, more cookie-cutter designs, and designs for shared-tenant housing.

Shaking up also means looking at who is homeless, and why our society is allowing them to become homeless.
There is a disproportionate percentage of people of color who are homeless. African Americans consist of more than 40% of the homeless population, yet only represent 13% of the general population. Shaking up means looking at homelessness as an equity issue, as well.
So did the establishment fail in dealing with homelessness? Yes and no.
Yes, the establishment never invested enough resources into services and housing the last two decades. But the failure is also not in the housing first approach—because the answer to homelessness is simple. People without homes need a home.
About the Author
Joel John Roberts is chief executive officer of PATH and PATH Ventures, statewide homeless services and housing development agencies, JoelR@epath.org. He wrote this commentary for CalMatters, a public interest journalism venture committed to explaining how California’s Capitol works and why it matters.

Related Topics:CaliforniaCommunitydevelopersepidemichomelesshomelessnesshousinghousing first
Up Next