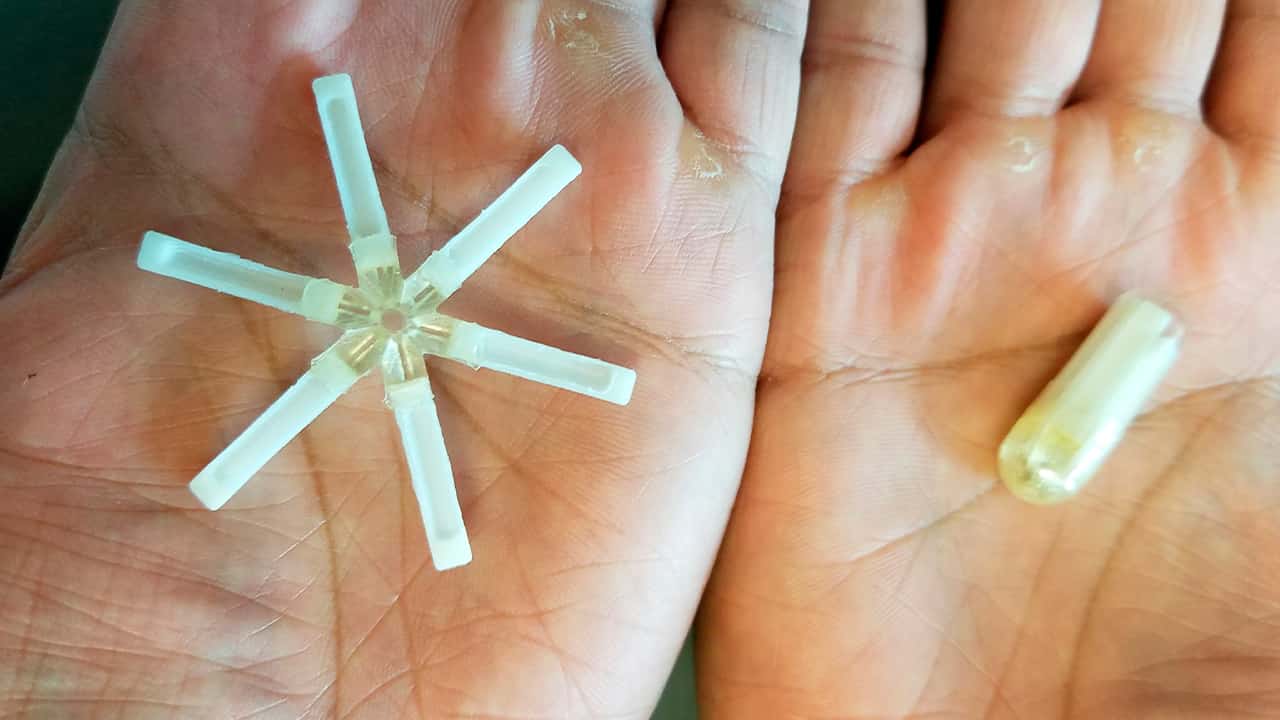 WASHINGTON — Birth control pills work great if women remember to take them every day but missing doses can mean a surprise pregnancy. Now scientists have figured out how to pack a month’s supply into one capsule.


The Star-Shaped Device Has Six Arms, and Each Holds a Certain Medication Dose

A team from the lab of Massachusetts Institute of Technology inventor Robert Langer engineered a fix to protect pills from the harsh environment of the digestive system.

The Capsule Should Be Designed to Emit Three Weeks of Contraception

First, they had to tweak the star-shaped device. They made it stronger and turned to long-lasting contraceptive implants for the materials to hold the hormone ingredient and let it gradually seep out.
Then they tested the contraceptive capsules in pigs, which have human-like digestive systems. The experimental capsules released the contraceptive fairly consistently for up to four weeks, and the amount in the pigs’ bloodstream was similar to what daily tablets deliver, MIT lead authors Ameya Kirtane and Tiffany Hua reported in the journal Science Translational Medicine.
Lyndra Therapeutics Inc., a Massachusetts company co-founded by Langer and Traverso, is further developing the monthly pill and multiple other uses for the technology.
To be most useful, the capsule should be designed to emit three weeks of contraception and then allow for a woman’s period, like a month’s supply of birth control pills does, Traverso said. That would alert women when it was time to take another monthly dose.
Pittsburgh’s Chen cautioned that more safety testing is required, including how well the experimental capsule breaks down and what’s the proper dose of different hormones, before this can be tested in women. Other questions include whether the device dissolves in the same way in different people.
But if it pans out, Chen said it would be exciting to try combining both contraception and HIV drugs into the same capsule, particularly for developing countries where women are at high risk of the virus that causes AIDS.