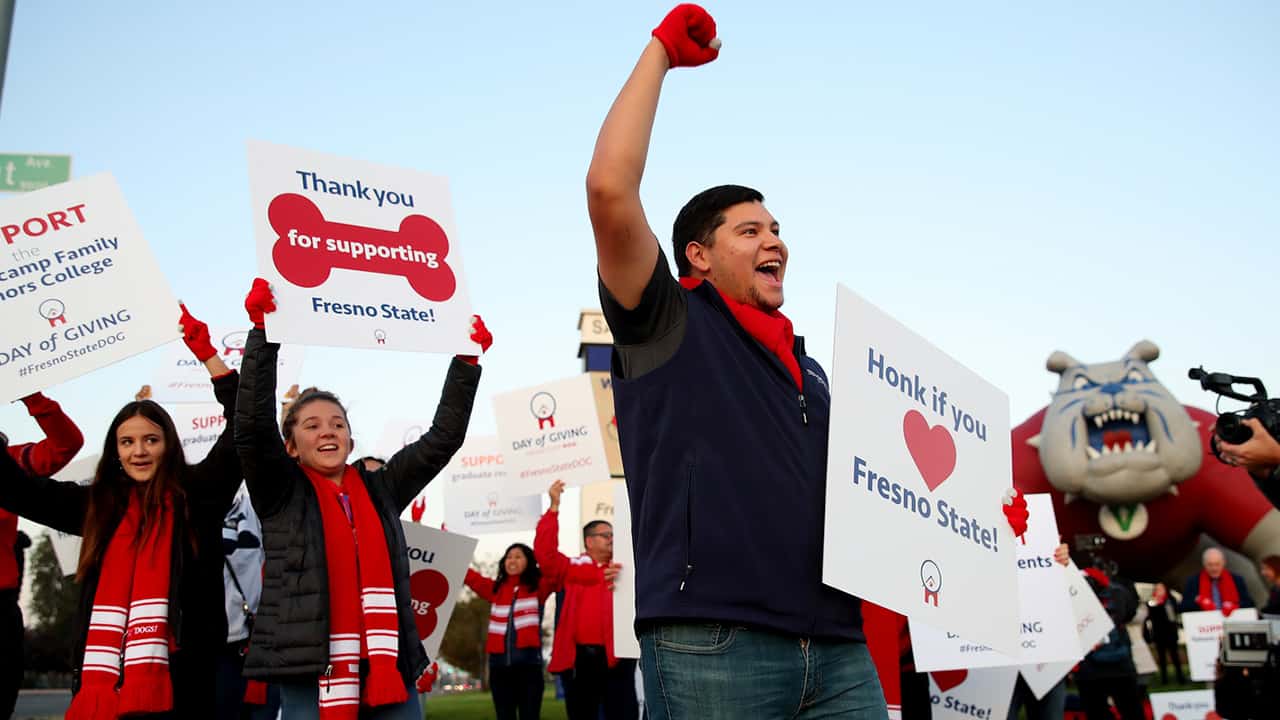 A preliminary tally shows that 2,161 donors gave $550,366 during Fresno State’s 24-hour online Day of Giving on Thursday.
The money raised and the number of donors were records for the event, which began in 2017 to support scholarships, research, programs, and student experiences.

Last year, 2,142 individual donors contributed $456,831.99.
“It is beyond inspiring on a day like this one to see the sheer number of people locally, nationally and around the world who feel a special connection to Fresno State that motivates them to give back in support of the University and its students,” said Paula Castadio, vice president for University Advancement.
“Each and every person who chose to give demonstrated the strength of Fresno State in the Valley and beyond. We are truly grateful for the generosity of so many.”
Many donors gave multiple times — resulting in 2,877 total gifts across various colleges, departments and program areas.
The donations came from people in 40 states and 10 countries.
The event is part of a national trend for dedicated giving days at universities, a school official said.

Way to go, Bulldogs! Yesterday we set a new #FresnoStateDOG record with 2,161 individual donors. Check out how the community rallied together to support Fresno State students on Day of Giving: https://t.co/lfVs7nFIjO pic.twitter.com/3IBAkqLWwp