HALF MOON BAY — A Northern California pumpkin hobbyist has won first place at the 46th annual Safeway World Championship Pumpkin Weigh Off, setting a record for the largest in California.

Urena says he always tells his pumpkins he’s proud of them and he encourages them to keep growing.

Weigh-off spokesman Timothy Beeman says Urena’s pumpkin is the second largest in the contest’s history. A pumpkin from Washington state weighed nearly 2,400 pounds and won in Half Moon Bay in 2017.

The 51-year-old says he took up the hobby in 2000 and says he enjoys the pumpkin growing community. He also won the Half Moon Bay contest in 2011.

Urena says he always tells his pumpkins he’s proud of them and he encourages them to keep growing. 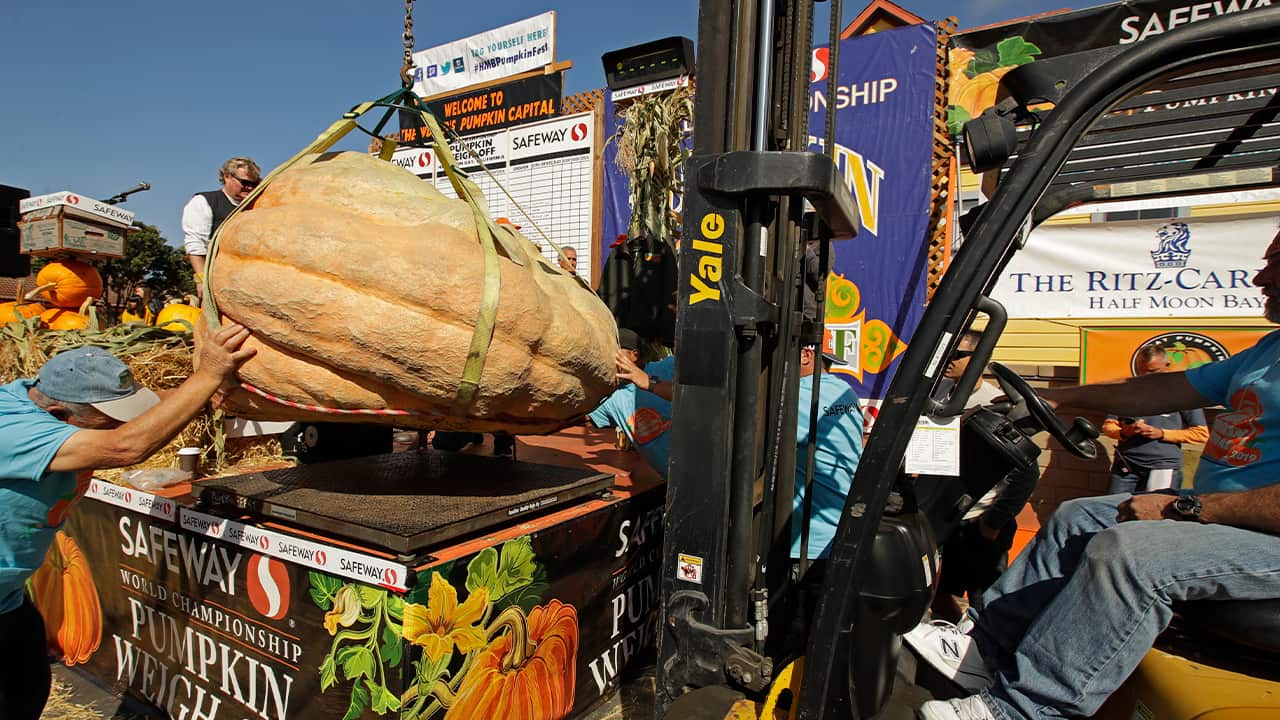 A massive pumpkin grown by Leonardo Urena of Napa, Calif., is lowered on a scale with a forklift on Monday, Oct. 14, 2019, in Half Moon Bay, Calif. The pumpkin weighed in at 2,175 lbs., a new California weight record. (AP Photo/Ben Margot)