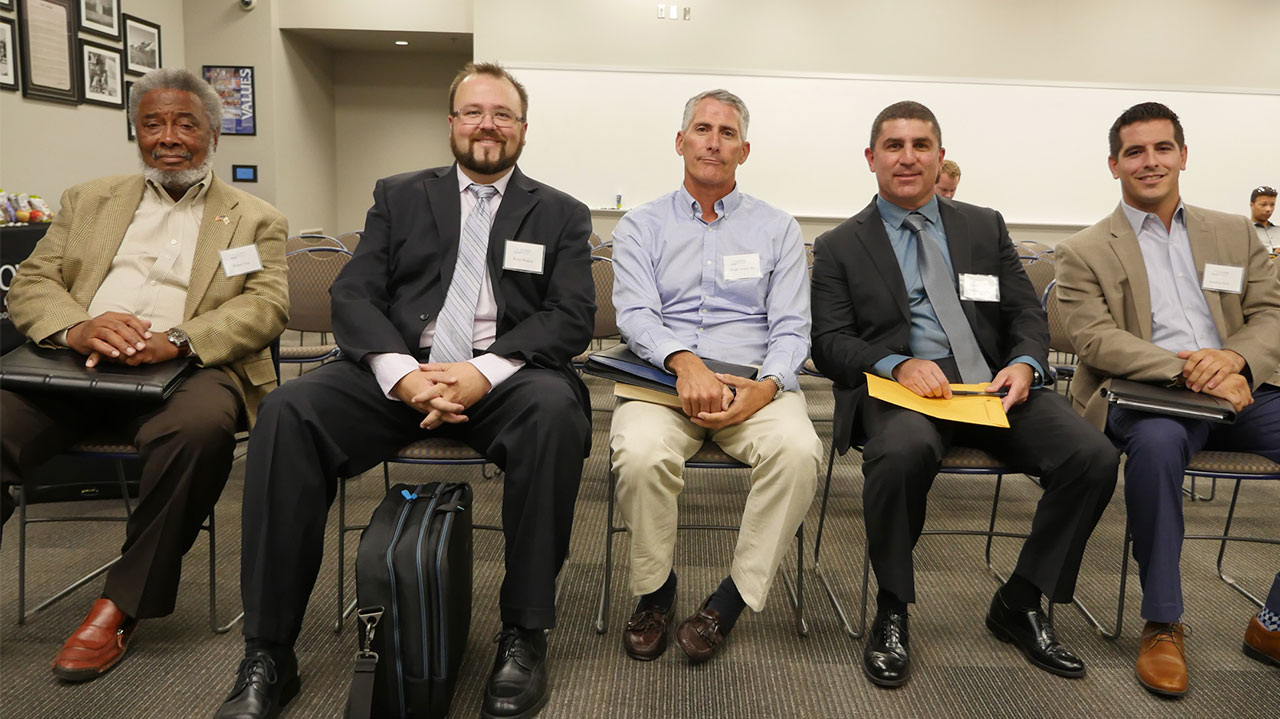 The six members of the Clovis Unified school board interviewed five candidates Thursday night to fill a vacancy and join them on an interim basis.
The board chose to appoint a candidate after longtime trustee Brian Heryford retired last month. The appointee would complete the remainder of a term expiring in December 2020. An election for the regular four-year term takes place in November 2020.

Listen to this article:
At the special meeting, each of the five candidates answered 14 questions. The candidates were interviewed separately to preserve fairness. Personal communication devices (like cell phones) were also voluntarily surrendered during the interviews.
The board plans to announce its appointment at its Oct. 23 meeting.
Below are the candidates (listed in the order they were interviewed, determined by lots):

Holt previously announced his candidacy for the seat in next year’s election. The 28-year old financial planner is a former Clovis Unified student. His partner of three years, Karina Torres, has two daughters in district schools.
Asked on his application what his role as a trustee would be, Holt responded: “My role would be to hear the concerns of our community and direct them to the proper district personnel to ensure their concerns are appropriately addressed. Equally as important as the items noted previously, a board member needs to act impartially, ethically, and in compliance with the law in the best interest of the district.”
Holt received letters of recommendation from Clovis councilmembers Bob Whalen and Lynne Ashbeck.

Awtrey, a 54-year old insurance broker with DiBudo and DeFendis, went to Clovis Unified schools, as did his four children. He serves on the Foundation for Clovis School’s executive board.
He says employee relations are important.
“The Board must work to maintain positive employee morale and a strong working relationship with the employee groups representing the district’s more than 6,000 employees. The Clovis Unified employees are the reason the district has a longstanding tradition of excellence and it is important that the Board and administration continue to respect and value its educational team,” Awtrey wrote in his application.
Former Clovis Unified Superintendent Janet Young, and Jerry Cook and Todd Cook from the Cook Land Company wrote letters of recommendation.

Fox, 70, is a retired administrator with State Center Community College District. He has extensive experience serving on various school committees, as well as sitting on the board of the Big Picture Academy charter school. His children graduated from Clovis Unified schools.
He retired in 2012 after 32 years in the district. He had prior stops at Laney College in Oakland, and a school in Minnesota.
He says the board’s role is to provide oversight and ensure that “the school district adheres to the values and beliefs and priorities of our community,” Fox wrote in his application.
SCCCD Trustee Deborah Ikeda and former SCCCD administrator Doris Griffin wrote letters of recommendation.

Belemjian ran for the seat in 2016, falling to Heryford, 60%-40%. The 47-year old owns The Firing Line, an indoor shooting range Clovis.
His children attend the district, which he says, serves as his motivation to serve.
“Clovis Unified has equipped my children with a high-quality education over the years and I am now in a position to give back and provide the same service and support for the children that are currently attending Clovis Unified by serving on the CUSD Governing Board,” Belemjian said on his application.
Retired educator Mark Ford and Clovis Veterans Memorial District Board member Don Watnick wrote letters of recommendation.
[tnc-pdf-viewer-iframe file=”http://www.gvwire.com/wp-content/uploads/2019/10/Belemjian-questionaiire.pdf” width=”800″ height=”700″ download=”true” print=”true” fullscreen=”true” share=”true” zoom=”true” open=”true” pagenav=”true” logo=”true” find=”true” current_view=”true” rotate=”true” handtool=”true” doc_prop=”true” toggle_menu=”true” language=”en-US” page=”” default_zoom=”auto” pagemode=””]

Related Story: A Clovis Unified Trustee Will Retire in 2020. Who Wants the Seat?