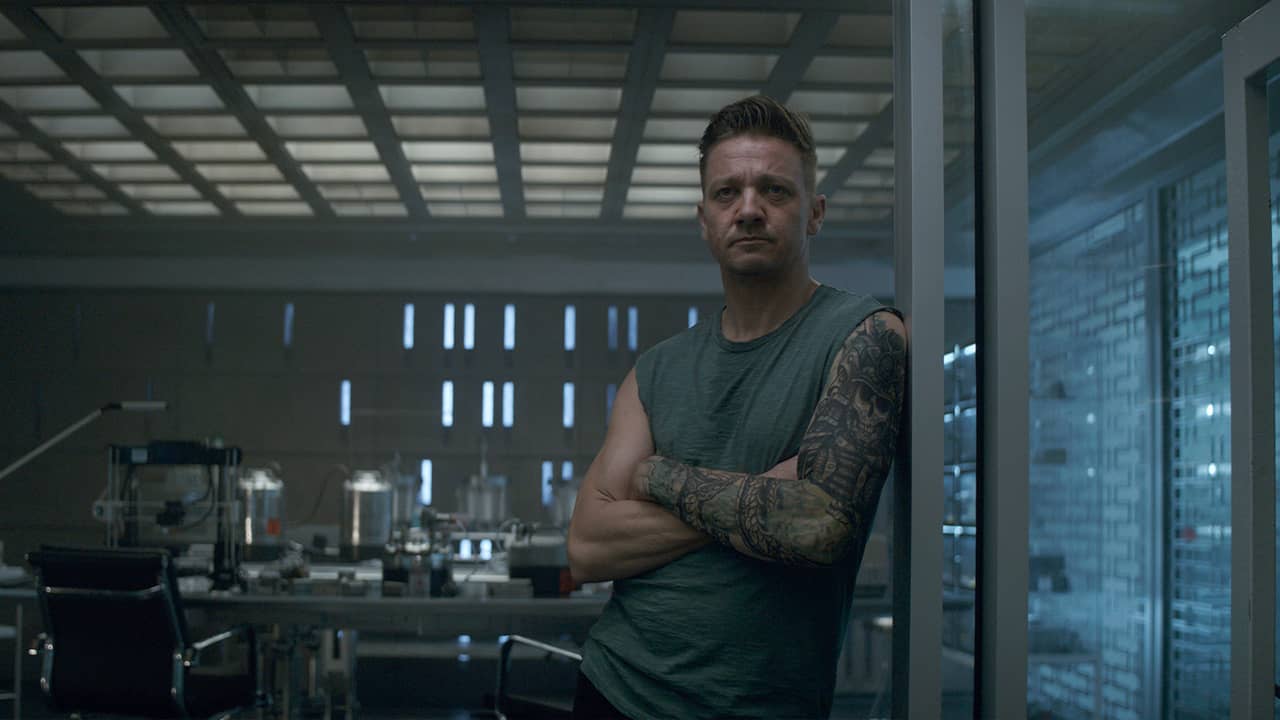 LOS ANGELES — If there was any doubt that the 2019 box office belonged to the Walt Disney Co., this weekend put an end to it. Not only did its photorealistic remake of “The Lion King” devour opening weekend records for the month of July and PG-rated films, but “Avengers: Endgame” also crept past “Avatar” to become the highest-grossing film of all time.


“We’ve had a spectacular run this weekend. We really did know we had something special with (“The Lion King”) given its popularity with fans of all ages.” — Cathleen Taff, Disney’s president of distribution
“The Lion King” this weekend roared into 4,725 North American theaters, where it grossed a stunning $185 million, according to studio estimates Sunday. Although reviews were mixed for Jon Favreau’s remake of the 1994 animated film, audiences still turned out in droves to hear the A-list voice cast, from Beyoncé to Donald Glover, and see the innovative technology that made the film possible.

“We’ve had a spectacular run this weekend,” said Cathleen Taff, Disney’s president of distribution. “We really did know we had something special with (“The Lion King”) given its popularity with fans of all ages.”
Industry experts had pegged “The Lion King” for a $150 million opening, which turned out to be far too modest a projection. Instead, with $185 million, Disney got a few records to boast about: It’s the ninth-biggest opening of all time, a July record (unseating “Harry Potter and the Deathly Hallows Part 2”), and a PG-rating record (taking over from “The Incredibles 2”).
It’s the second time this year a beloved Disney brand has overwhelmed a tepid critical response. “Aladdin,” which is still in the top 10 after nine weeks in theaters, has made $989 million globally.
“Certain brands have so much goodwill and equity,” said Paul Dergarabedian, senior media analyst for Comscore. “Reviews clearly didn’t matter at all.”
And, having opened in China a week early, “The Lion King” has amassed over $531 million in just 10 days. Audiences also embraced large format and 3D for the event film: 36% of that total came from 3D showings and $25.2 million from IMAX. 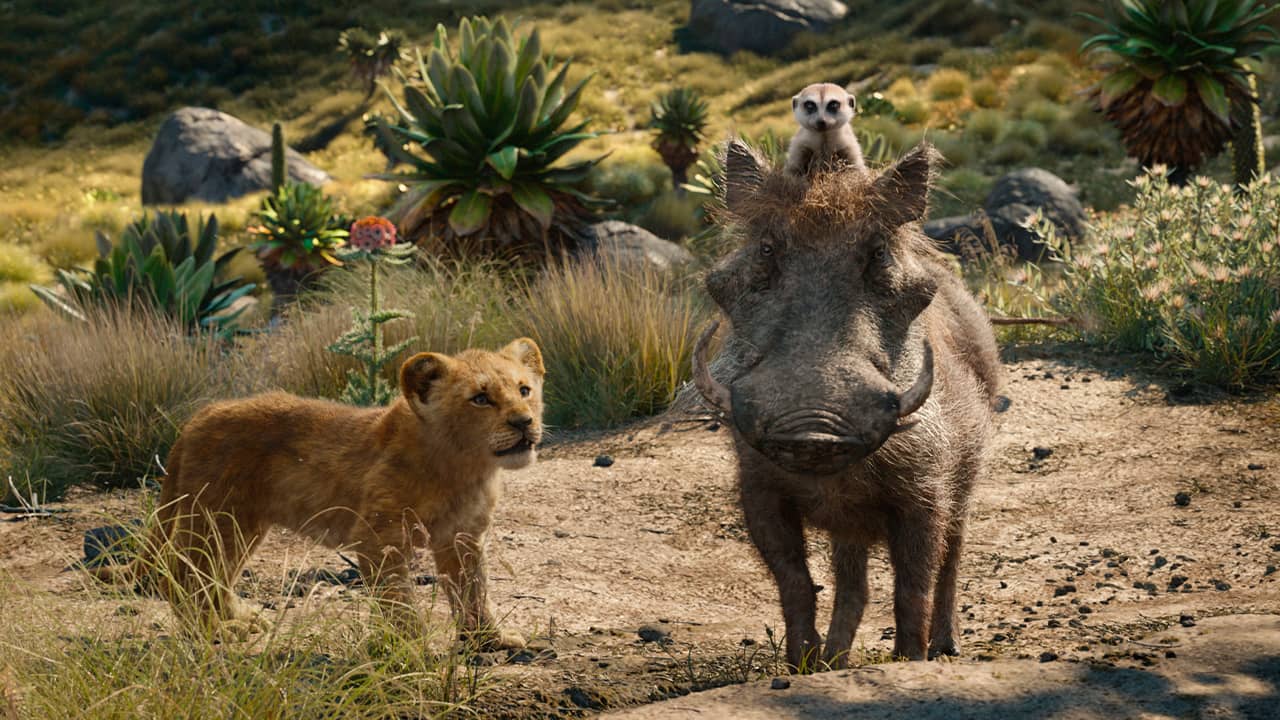 This is just the latest in a long string of wins for Disney, which now holds five of the top six spots for the year. It’s evident even in this weekend’s charts. Five weeks in, “Toy Story 4” is still at No. 3 with an additional $14.6 million (behind “Spider-Man: Far From Home,” which slipped to second in its third weekend with $21 million). The Pixar sequel has grossed $859.4 million globally. “Aladdin” is in 7th place, with $3.8 million.


“‘Endgame’ finally did it. It’s a huge achievement.” — Cathleen Taff, Disney’s president of distribution
And then there is “Avengers: Endgame,” which didn’t make the top 10, but that hardly matters. With $1.5 million globally added this weekend, it surpassed “Avatar’s” all-time record, not accounting for inflation.
“Avatar” grossed $2.789 billion worldwide, and “Avengers: Endgame” is currently at $2.79 billion.
“‘Endgame’ finally did it,” Taff said. “It’s a huge achievement.”

Marvel Studios president Kevin Feige previewed that this was a sure-thing Saturday night at San Diego Comic-Con.
“You have to shout-out to Mr. James Cameron, who held that title for a long time,” Feige said. “If you adjust for inflation, he still holds the title, and he’ll probably get the title again as soon as he puts out another movie. But for right now … ‘Avengers: Endgame’ is the biggest film of all time.”
This weekend helped knock the year-to-date deficit from 9.1% to 7.2%.
“That’s what a massive Disney debut will do for the box office,” Dergarabedian said. “You’ve got to give some credit to the holdovers that are doing quite well, like ‘Yesterday.’ But it’s just a great weekend for the industry and absolutely a shot in the arm that was needed.” 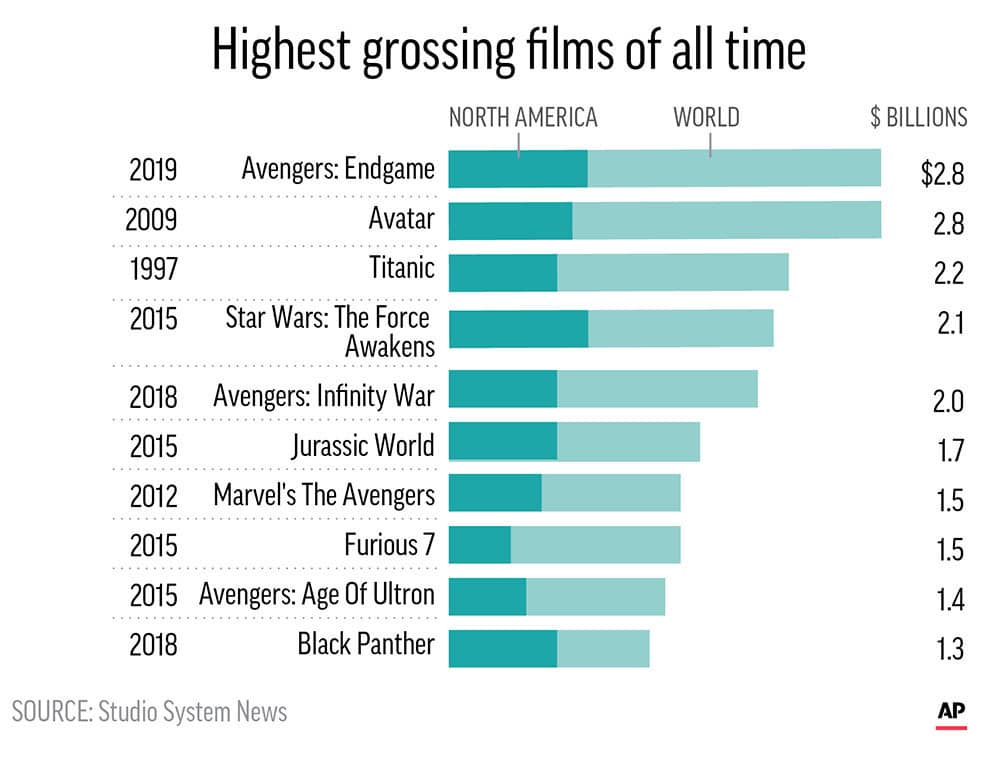 BuzzFeed's Verdict on Fresno's 3-Foot-Long Burrito? Worth It!