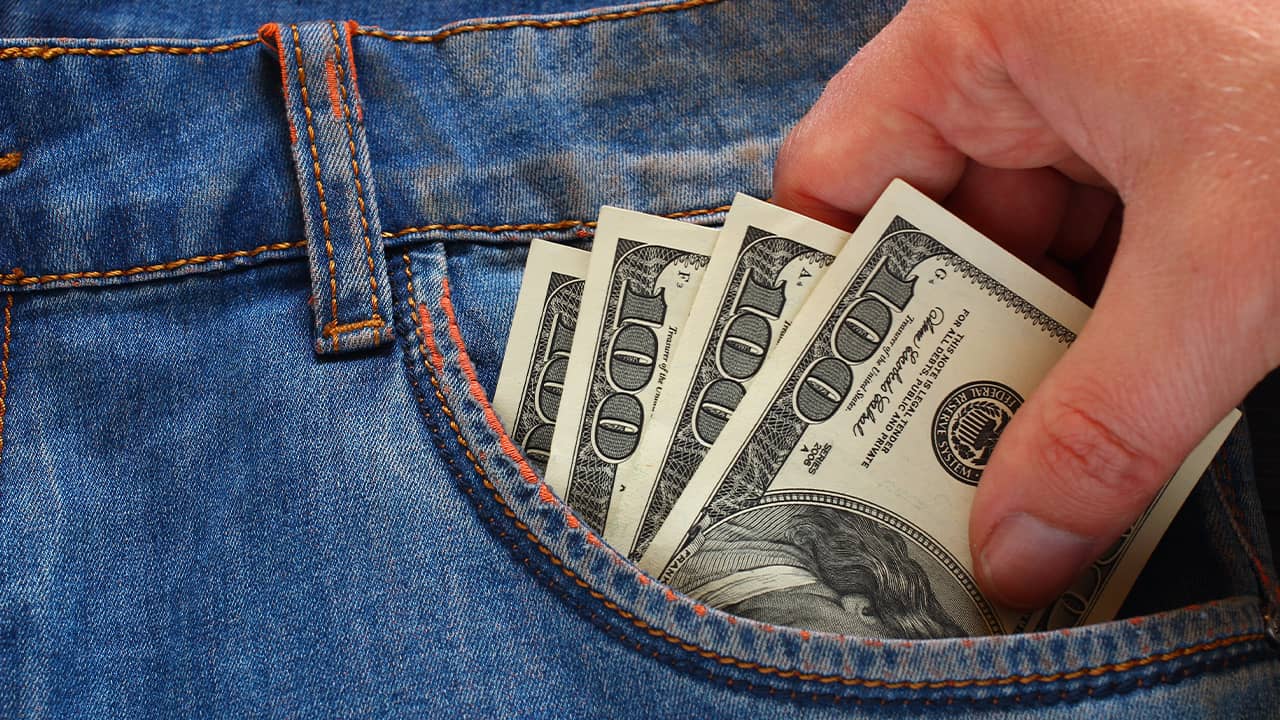 By JENNIFER GOLLAN of Reveal from The Center for Investigative Reporting

Across California, at least 20 companies providing care for the elderly, disabled and mentally ill continue to operate illegally after being cited for failing to pay their workers more than $1.4 million in back wages and penalties.

“There’s no accountability,” said Hina Shah, an associate law professor at Golden Gate University who directs the Women’s Employment Rights Clinic, which represents low-wage workers on issues of wage theft, discrimination, and harassment. “Many of the cases that are being brought by workers are challenging flat-rate pay for 24 hours of work, conditions that are akin to modern-day slavery.”

In 2015, former Gov. Jerry Brown signed the Fair Day’s Pay Act, which aimed to thwart wage theft in California. It barred companies with outstanding wage theft judgments from conducting business in the state.

But the state Department of Social Services’ Community Care Licensing Division, which is in charge of licensing facilities for the elderly and disabled, has not acted, Reveal from The Center for Investigative Reporting found.

One company with outstanding wage theft judgments is Catuira Home Inc., which runs a care home in Clovis. In 2017, the state labor commissioner issued separate orders for Catuira to pay five caregivers more than $870,000 in unpaid wages and penalties.

After Fidel Japos of Fresno complained about his rock-bottom pay, the labor commissioner’s office ordered Catuira to pay more than $63,000 in back wages and penalties. But Japos never received his money, records show.

The care home continues to operate under the same name, and the workers still have not been paid what they were owed.

Among those waiting for their back wages is Fidel Japos, 71, of Fresno. Catuira hired him in 2014 to work day and night as a caregiver. He effectively earned about $3 an hour. All the while, he said, his boss swore at him and his co-workers.

“She would yell at us, ‘You’re lazy, you’re a son of a bitch,’ ” Japos said in a telephone interview. “That was her nature. That’s the way she managed.”

After Japos complained about his rock-bottom pay, the labor commissioner’s office ordered Catuira to pay more than $63,000 in back wages and penalties. But Japos never received his money, records show.

“I could have used that money to buy a car or put a down payment on a house,” said Japos, who is now retired.

‘Agency Should be Enforcing the Law’

The state Department of Social Services’ Community Care Licensing Division received debtors’ names from the state labor commissioner’s office over the last year or so. However, the companies continue to operate despite their outstanding wage theft judgments, Reveal found. Meanwhile, employees who won tens of thousands in judgments remain unpaid.

“The law says if you have an unpaid judgment, you can’t conduct business in the state,” said Gideon Baum, the consultant who analyzed the bill for the Senate Labor and Industrial Relations Committee before it became law in 2016. “I think the law can’t be any clearer. Given that these are licensed by the Department of Social Services, the agency should be enforcing the law.”

Pat Leary, acting director of the Department of Social Services, declined through spokesman Michael Weston to be interviewed. But in a phone interview, Weston said the agency’s hands are tied when it comes to revoking the licenses of companies that fail to pay wage theft judgments.”If the department wants to put someone out of business, we have to show cause that there’s a direct threat to the health and safety of residents,” he said.

Department of Social Services: ‘We’re Aware of the Lists’

Weston declined to discuss what his agency is doing about the debtors: “I’m not going to speculate on what enforcement actions we’re taking. We’re aware of the lists. We do look into those cases, but I’m not going to get into specifics.”

Legal experts say proving a connection between residents’ health and safety and wage theft is not required under the Fair Day’s Pay Act for state licensing officials to take action. In addition, some argue that licensing officials could revoke the licenses of care homes that fail to pay judgments because wage theft inflicts harm on workers and seniors, a violation of the state’s health and safety code.

“If DSS (the Department of Social Services) shut some facilities down, it would have a big impact,” said Aquilina Soriano Versoza, executive director of the Pilipino Workers Center, an advocacy organization in Los Angeles. “There is not enough consciousness about the worker conditions and how they connect to patient care.”

“When there is rampant wage theft and workers are working unsustainable working hours, it’s leading to poor quality of care,” Shah said. “There’s an increase in risk to the health and safety of both the workers and the residents. The Department of Social Services has the authority to act, to revoke or deny licenses.”

Industry Is Rife With Wage Theft

Residential care facilities receive among the largest wage theft judgments of any industry, according to Matthew Sirolly, a staff attorney with the California labor commissioner’s office who advises the agency on how to enforce wage theft judgments.

“When there is rampant wage theft and workers are working unsustainable working hours, it’s leading to poor quality of care. There’s an increase in risk to the health and safety of both the workers and the residents. The Department of Social Services has the authority to act, to revoke or deny licenses.” — Hina Shah, director of the Women’s Employment Rights Clinic

There currently are about 400 open investigations into wage theft involving residential care homes for the elderly and disabled, according to the labor commissioner’s office. At least 150 workers who filed successful claims against such facilities still have not received their wages, according to the agency. Some of these companies now are closed.

Without effective enforcement, the judgments are worthless, legal advocates say.

“It sends a message that it’s not a priority for DSS (the California Department of Social Services) to make sure workers are being paid properly,” said Renée Amador, a board member of the Wage Justice Center, which contracts with the labor commissioner’s office to enforce judgments. “If there are debts owed to workers, they should not continue to operate. “You don’t get to keep your golden goose if you’re not paying the wages that you owe.”

Currently, there is no requirement that care-home operators undergo any training around wage and hour laws.

Since the enactment of the Fair Day’s Pay Act, the labor commissioner has issued more than 50 stop orders to companies owing unpaid wages, essentially ordering them to shut down.

Stop orders can be effective. For example, after the labor commissioner’s office imposed a stop order last year against Venture Recycling Group Inc., which runs four recycling facilities in Southern California, the company paid more than $18,300 including interest for an outstanding wage theft judgment. The company continued operating after making the payment.

But the labor commissioner cannot issue stop orders for wage theft violations in the long-term care industry. That’s because the law states that the commissioner cannot shut down a facility if it will “imperil public safety or the life, health, and care of vulnerable individuals.”

“If caregivers aren’t paid fairly and they’re exhausted, that can present risks to residents and their care and safety,” said Chris Murphy, executive director of Consumer Advocates for RCFE Reform, a San Diego organization for consumers researching long-term care.

In any case, the labor commissioner must report wage theft violators to the social services department, which has the authority to deny or not renew licenses of long-term care facilities. However, in the case of care facilities for the elderly, disabled and mentally ill, which are licensed in perpetuity, Weston said the law precludes his agency from acting.

“There is no scenario for denying the renewal of a license,” Weston said of these facilities.

Will the Law be Amended?

Legal advocates say state law must be changed to ensure workers are paid what they’re due by violators that are easily able to evade payments and penalties. Lawmakers could amend existing state law to allow the labor commissioner to issue stop orders unconditionally to long-term care facilities.

Alternatively, advocates say the Legislature could require more accountability from social services officials and an explanation of why the agency has failed to act in cases involving facilities with outstanding wage theft judgments.

“Making the denial or revocation of licenses a requirement when there are unpaid judgments would go a long way in combating rampant wage theft in California,” workers rights attorney Shah said. “It would also address the widespread challenge in collecting wage theft judgments.”

This story was edited by Narda Zacchino and Matt Thompson and copy edited by Nikki Frick. Jennifer Gollan can be reached at jgollan@revealnews.org. Follow her on Twitter: @jennifergollan.