“We just felt like this rose to the level of acting the way we did. He was professional. He loves to play basketball, which is all you can ask of him.” — Warriors GM Bob Myers

Nor do they expect the emotional Green to change after his one-game suspension by the team Tuesday.

Durant said he expects to work things out with Green, saying, “I’m sure it will, we’ve got a long season ahead.”

“His presence has been a part of this team for a while, even before I got here he’d been a huge staple in this organization,” Durant said. “Obviously it’s definitely weird not having him around and everything that went down. But that’s what happens, (stuff) happens in the NBA.”

Green was suspended one game without pay for conduct detrimental to the team following an altercation a night earlier with Durant, though general manager Bob Myers declined to offer specifics on the All-Star forward’s behavior that was considered going too far. Myers and Steve Kerr collaborated on the decision.

“We just felt like this rose to the level of acting the way we did,” Myers said, noting of Green: “He was professional. He loves to play basketball, which is all you can ask of him.” 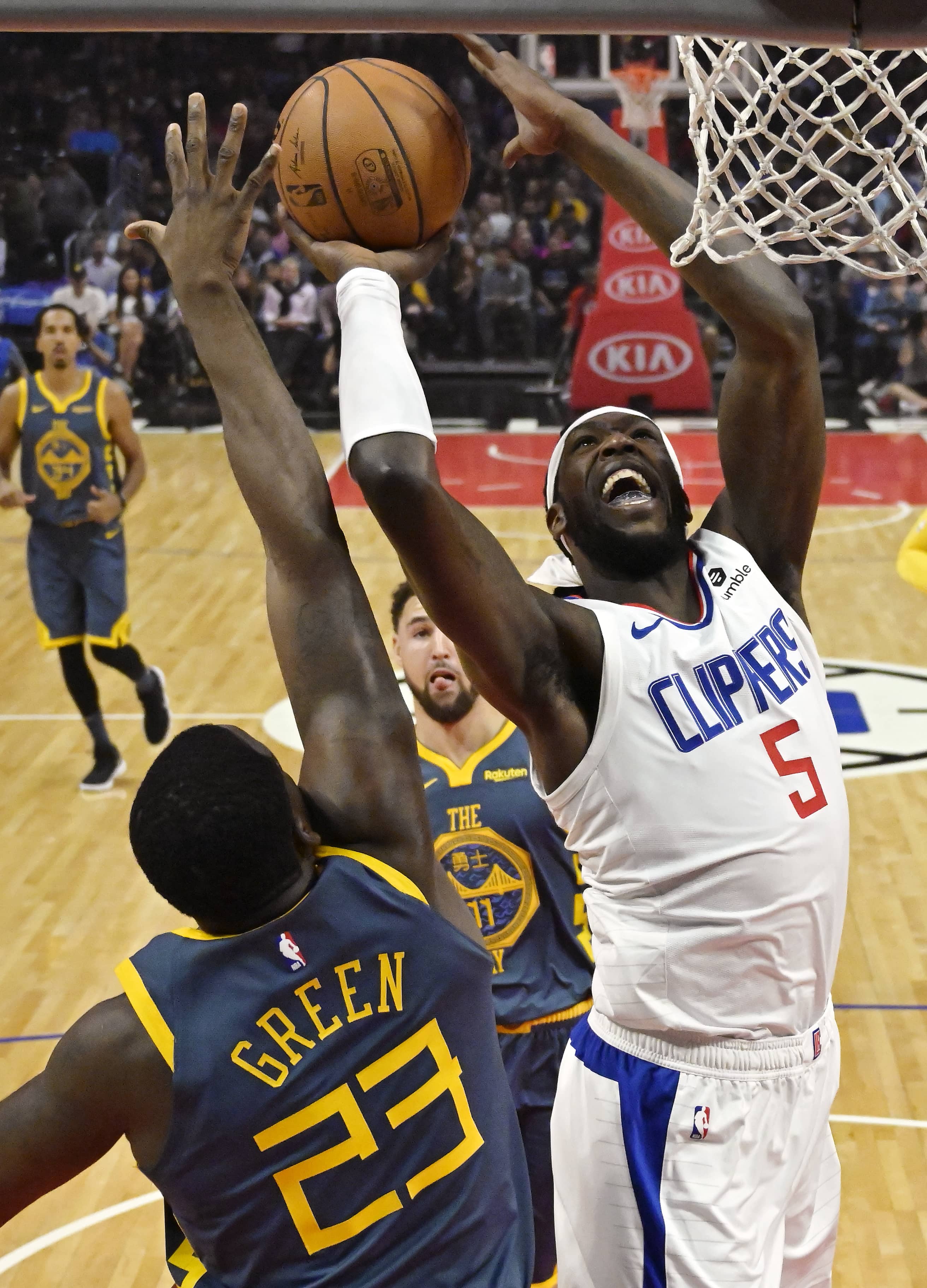 Announcement Made Before Game vs. Hawks

The Warriors made the announcement about four hours before they were set to host Atlanta, and the 28-year-old Green was serving the suspension as his teammates beat the Hawks 110-103. He wasn’t at Oracle Arena and didn’t immediately respond to a text message seeking comment.

“I think we’ll be fine,” Kerr said. “We’re a team that goes through stuff, just like everybody else. And things happen, bumps in the road. You’ve got to move forward. It’s all part of coaching a team, it’s all part of being on a team. You have to get through the adversity and there are some difficult times and you just get through them.”

In the closing seconds of regulation during Monday’s 121-116 overtime loss on the road to the Clippers, Green secured a rebound and, with Durant calling for the ball, instead dribbled the length of the court into traffic and lost control as the Warriors failed to get a shot off. Durant was shown on camera visibly upset immediately afterward.

Then, back on the bench waiting for the extra period to begin, the two traded words and gestured with Klay Thompson seated between them and Andre Iguodala, DeMarcus Cousins and others trying to calm the situation.

Durant wouldn’t get into the specifics of what was said.

“I’m going to keep that in house, that’s what we do here. I’m not trying to give nobody no headlines,” Durant said. “What happened, happened. We’re trying to move on, we’re just trying to play basketball.”

Green Apologizes After Yelling at Kerr During Halftime

For everyone who figures this franchise is perfect, Myers quickly cleared up that notion.

“It’s hard to win a championship. You can’t allow anything else in your locker room, in the narrative. This team has done a good job of that.” — GM Bob Myers

“And so they’ll get through it, and we’ll keep moving. Hopefully we get to the finals and win a championship. That’s all anybody’s thinking about, because I think that’s all you can think about. That’s something that we’re going to keep doing. This team has proven that they will do that and continue to do that and have done that.”

Myers and Kerr have long supported Green’s fiery nature that leads to technical fouls. Myers even sat with Green next door to Oracle Arena at the Oakland Coliseum when Green was suspended for a crucial Game 5 loss to LeBron James and the Cavaliers in the 2016 NBA Finals. The Warriors wound up losing in seven.

Green apologized after yelling at Kerr during halftime of a game at Oklahoma City in February 2016.

“My feeling on Draymond and his impact on our team doesn’t change. These things happen sometimes over the course of an NBA season,” Kerr said. “We deal with it — again, internally — so any conversations that are happening or have happened it’s our business.”

Green Has Been off to Strong Start This Season

This wasn’t the first verbal altercation between Durant, the two-time reigning NBA Finals MVP, and Green. In another overtime loss, 109-106 at Sacramento on Feb. 4, 2017, they shouted at each other and argued near the bench.

“They’ve won championships together, they’ve been teammates, now this is the third season, they were teammates on the Olympic team. Draw your own conclusions.” — Coach Steve Kerr

“How you handle things after they happen is the most important thing,” Myers said.

Kerr said he spoke to Green, who was part of the recruiting group that worked to sway Durant to the Bay Area from Oklahoma City before the 2016-17 season.

“They’ve won championships together, they’ve been teammates, now this is the third season, they were teammates on the Olympic team,” Kerr said. “Draw your own conclusions.”

Green has been off to a strong start this season for the two-time defending NBA champions, averaging 7.5 points, 7.8 rebounds and 7.4 assists. Kerr has credited him for taking great care of the ball and establishing a tempo on both ends of the floor.

The game at Los Angeles marked Green’s return from a two-game absence with a sprained right foot and toe.

“Draymond is always going to be who he is. He’s a powerful force,” Kerr said. “He’s a huge reason why we’ve had so much success here.”