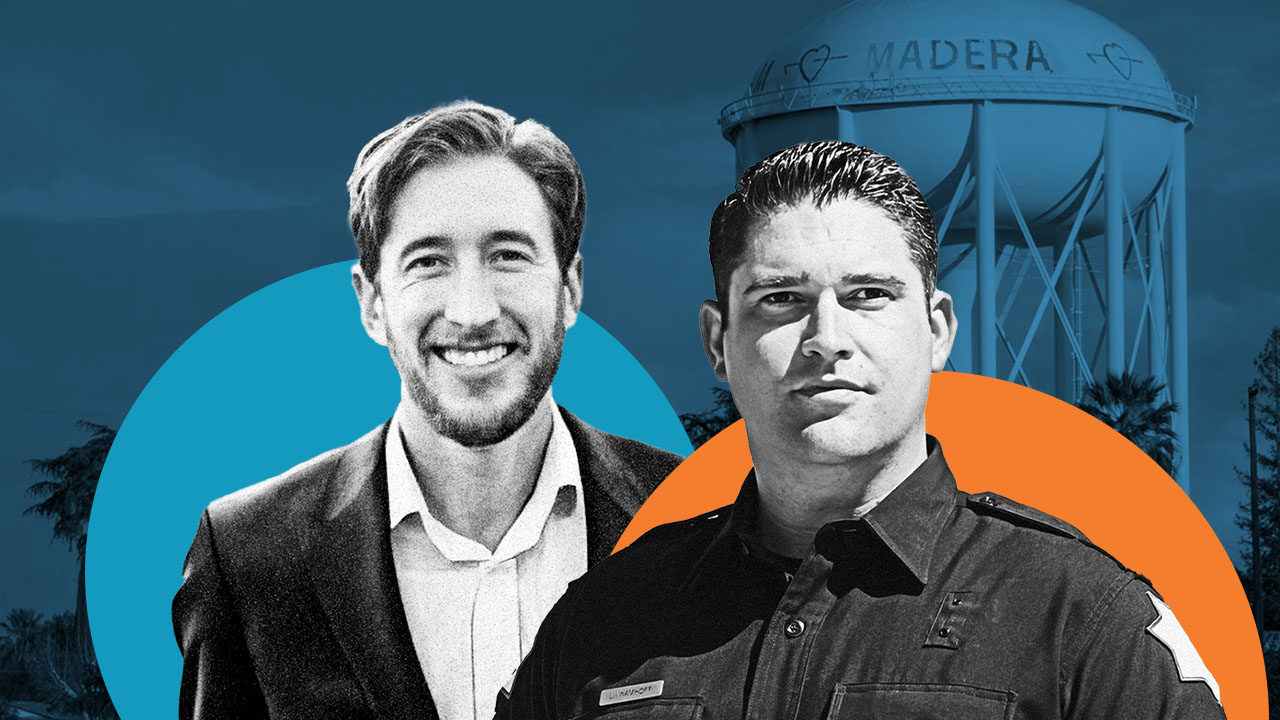 Two newcomers are joining the Madera County Board of Supervisors following the November elections.

Jordan Wamhoff, a Fresno police officer, garnered nearly 58% of the vote while winning the District 1 run-off against Andy Wheeler, who is a Golden Valley Unified School District trustee.

The redrawn district cover the northern portion of the city of Madera, Parkwood, Madera and Bonadelle Ranchos, and the fast-growing Riverstone neighborhood.

Also joining the board is Bobby Macauley. He edged Mark S. Reed in the District 5 run-off by securing 50.52% of the vote.

That seat opened up when incumbent Tom Wheeler, who had represented the county’s mountain communities since 2007, decided not to seek re-election. Macauley is Wheeler’s chief of staff. 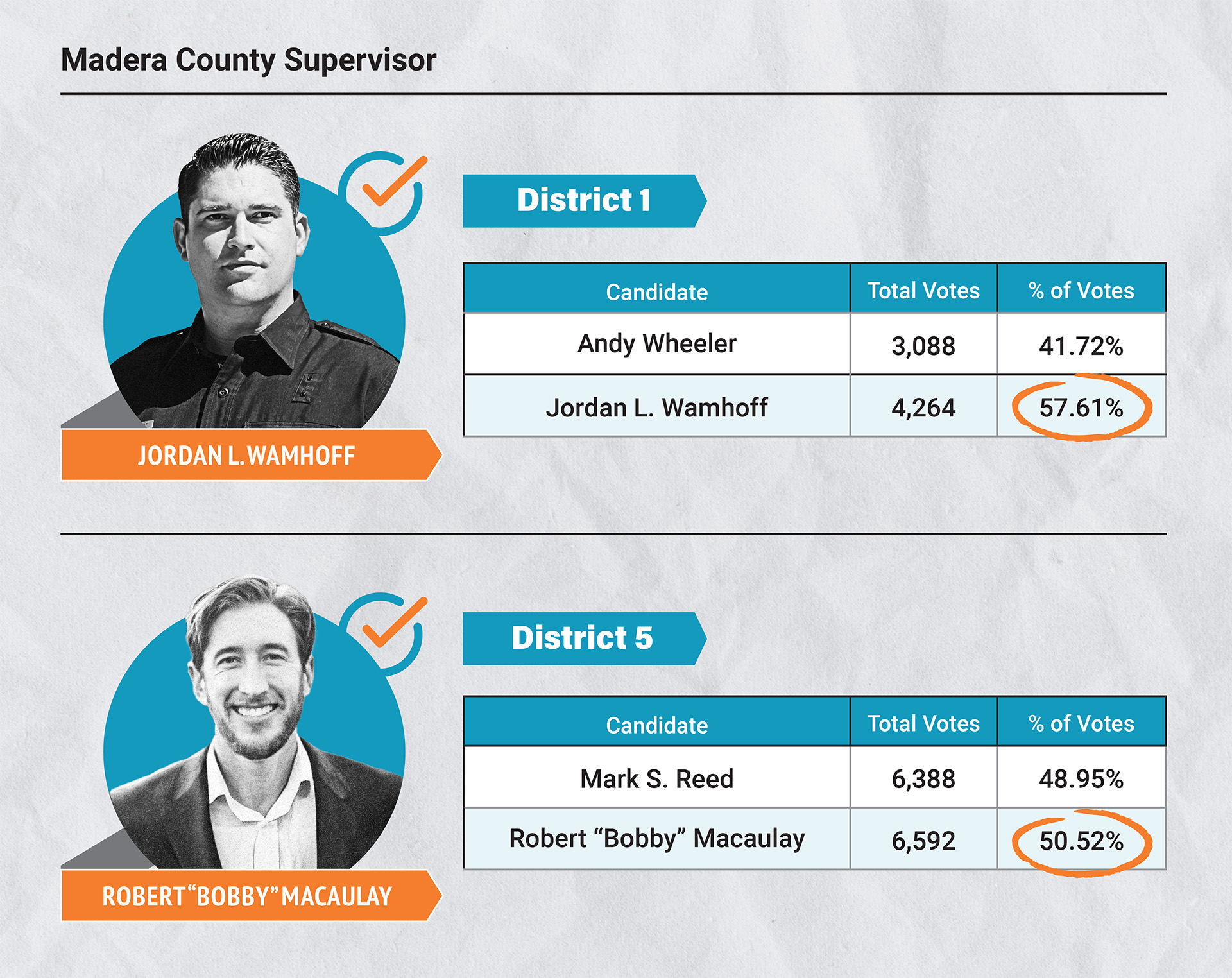 Back in June, District 2 incumbent David Rogers avoided a run-off by capturing 53% of the vote.