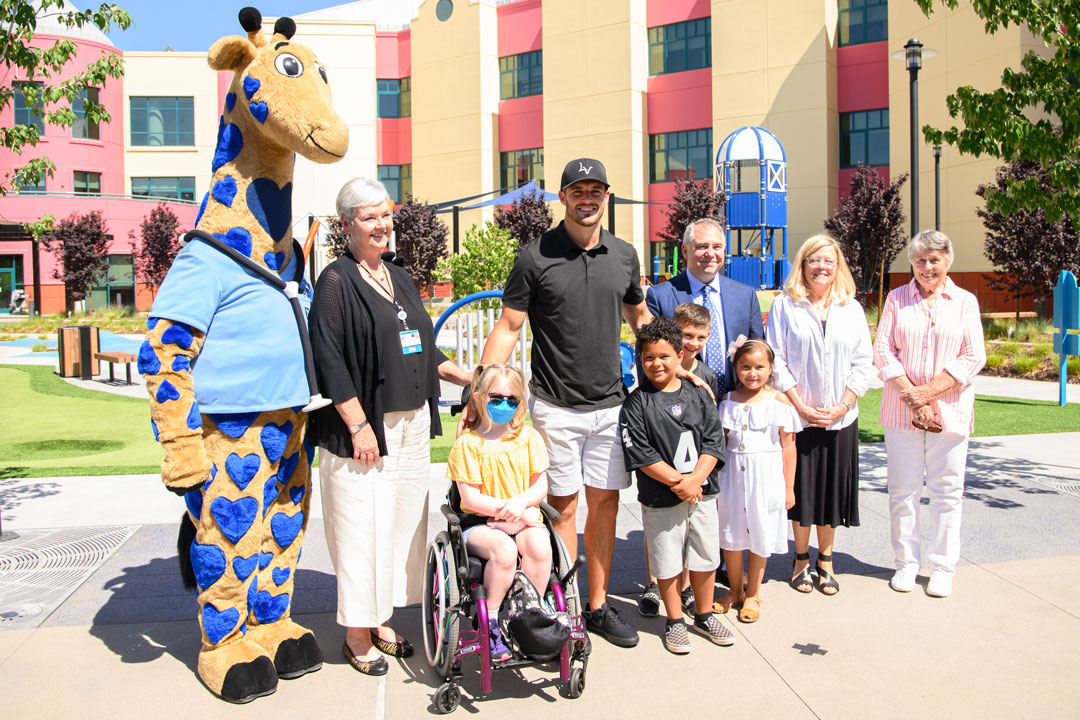 Carr and his brother David, a former No. 1 overall draft pick, have been longtime supporters of the hospital ever since Derek Carr’s son was a patient there in 2013.

“Every morning I wake up and I see Dallas,” said Carr. “I wake up every morning and I don’t ever take it for granted what the team did here to help save my son’s life.”

Carr’s Gratitude for His Son’s Care 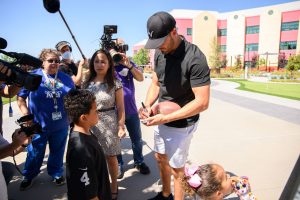 Carr reflected on what were some of the hardest moments of his family’s life and the gratitude he feels for the hospital and the staff who helped save his son’s life.

“I remember every second that we were in this hospital and I know my wife does because she didn’t leave for 23 days,” said Carr. “She remembers every second of it and, and every bit of work that you all do.”

Valley Children’s CEO Todd Suntrapak recalled watching both Derek and David play for Fresno State and counting on them to win the game — just like he counts on his team of physicians, nurses, and staff to heal local children.

“As a fan, what was so exciting for me watching them play is that I knew we were never out of the game, ever, because somehow, some way they figured out how to get it done,” said Suntrapack. “And that’s the same exact set of feelings I have about the team at Valley Children’s.”

The newly renovated playground, which sits on the back portion of the hospital’s South lawn, is part of an overall master landscape plan that will roll out in phases, said chief nursing and transformation officer Beverly Hayden-Pugh.

Next year, the hospital will add additional slides for the older kids, along with playground items like a blue tractor that pays tribute to Valley agriculture.

“We’ve got things that make sounds, some of them loud, some of them soft,” said Hayden-Pugh. “We have a water feature that kids can use to really feel the texture and coolness of water. So there’s something for everyone.”

She thanked many of the hospital’s donors like Carr and his family as well as the Children’s Hospital Association for their continued support.

A group of young children, several of whom had their own Carr jerseys, posed for photos and requested autographs with the football star after Carr took part in a ribbon-cutting. 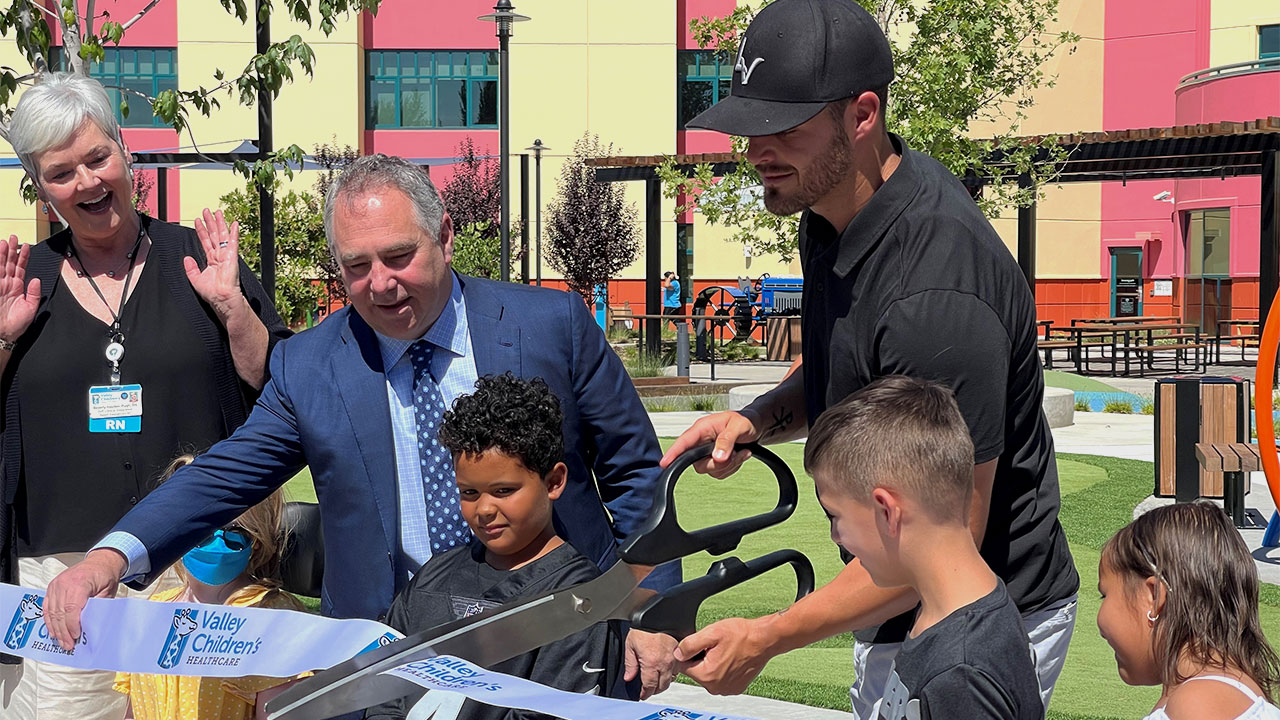 Carr is looking ahead to next season as he prepares to reunite with former Fresno State teammate Devante Adams. 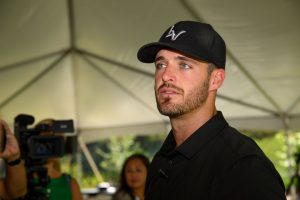 “We’re very excited to play together again, obviously,” said Carr. “We’ve always been really good friends. We’ve always trained together. But now that we’re on the same team, we’re working out and training for a different reason … we’re doing it together for a purpose.”

While rumors had circulated for several years that Adams wanted to play for the Raiders, the dream didn’t materialize until Green Bay traded him to Las Vegas before this year’s NFL Draft.

Adams, who has spent his entire NFL career with the Packers, signed one of the biggest NFL contracts ever for a wide receiver — to the tune of $141 million.

Carr said he was proud of Adams.

“He deserves every penny … because I know he’s going to do a lot of good things with that money and help a lot of people,” said Carr. “I’m excited and that’s why I and Devonte did our contracts in a certain way so that we could get everybody to stay.”

Related Story: Reunited With Carr, Adams Says He ‘Was Meant to Be’ a Raider

Want to Earn $100K Just 3 Years After College? Get a Nursing Degree at CSU Stanislaus