Why Bitwise is Asking for Slowdown on Measure C Renewal Bid 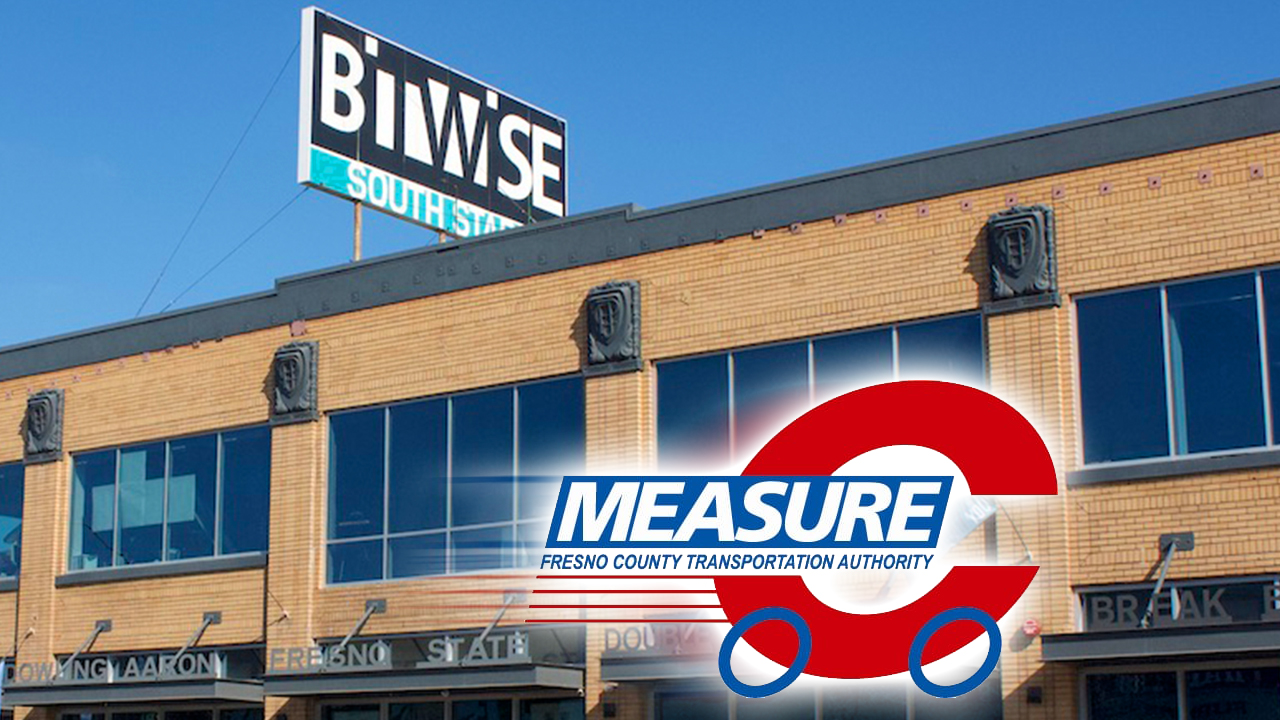 Bitwise is one of many groups asking for the Measure C renewal vote be delayed until 2024. (GV Wire Composite/Paul Marshall)
Share with friends

Backers of Measure C — the Fresno County sales tax dedicated to transportation — are pushing for a renewal on the November ballot. Meanwhile, dozens of advocacy groups are asking Measure C leaders to apply the brakes.

The half-cent sales tax, first enacted in 1986, expires in 2027. The current plan is to ask voters to renew the tax for 30 years at the same rate.

A group known as Fresno Alliance for Responsible Transportation Spending placed a recent advertisement in The Fresno Bee.

The group is asking Measure C boosters to wait until 2024, allowing more time for community input.

Boren disagrees. The time is now because “polling is sky high.” It is also about economics.

“The longer you delay a project, a repair, the more expensive it’s going to get,” Boren said.

The Fresno City Council will consider requesting Measure C to wait until 2024, at its May 26 meeting. The resolution’s sponsor, councilman Miguel Arias, said he has problems with the funding formula for Fresno roads.

The alliance also sent a letter to the Measure C committee signed by 36 groups. They are a who’s who in local advocacy, especially on environmental issues. The Leadership Counsel for Justice and Accountability, Faith in the Valley, and Jakara Movement are among the signees.

So is Bitwise Industries, the Fresno company known for its big downtown real estate deals and business model based on bringing high-tech to the area. 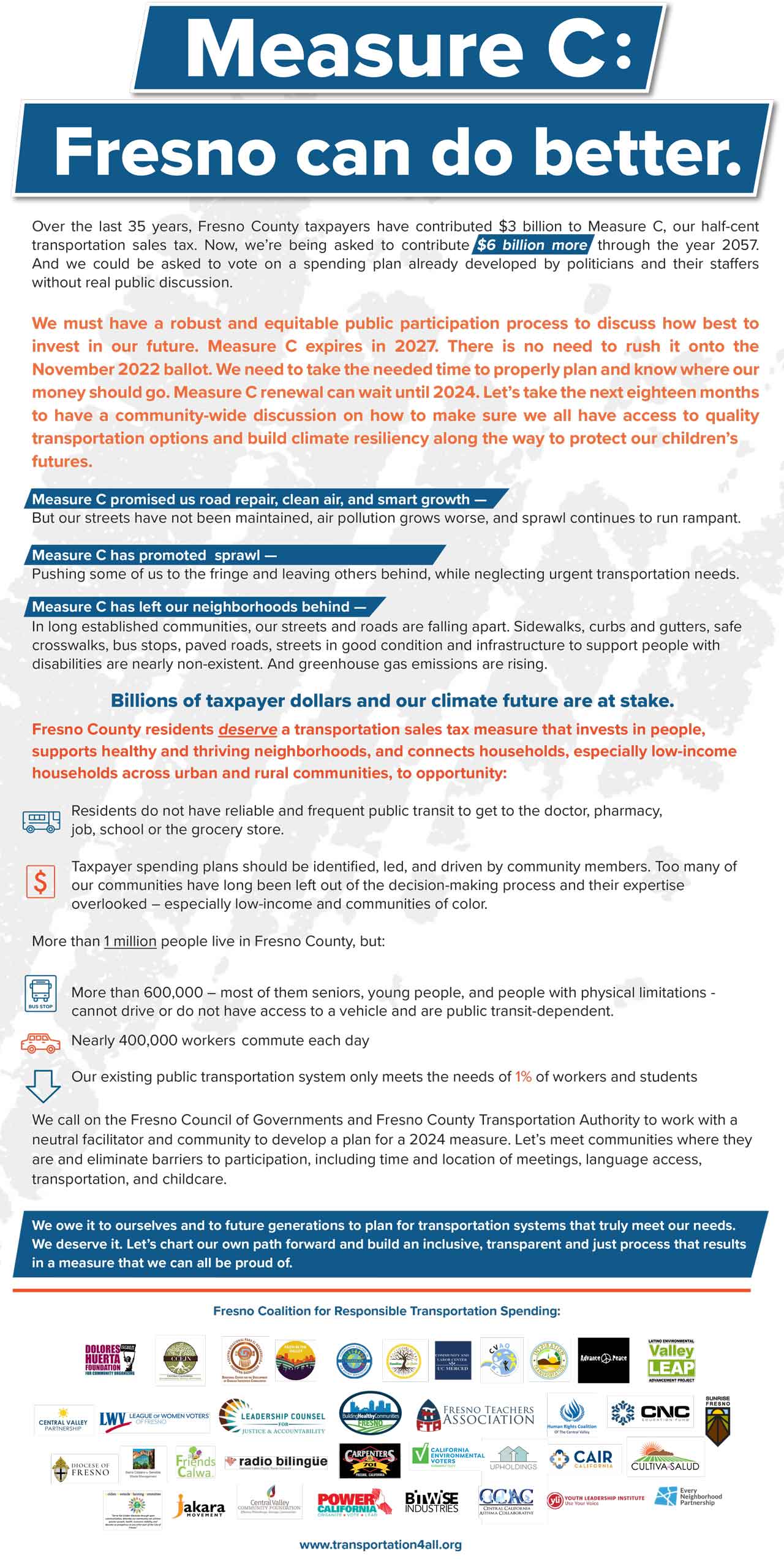 A copy of a newspaper ad by advocacy groups, asking for a slowdown of the Measure C renewal. 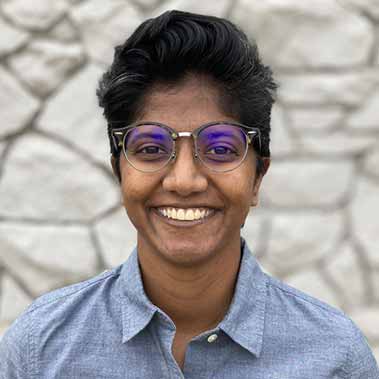 “If you know anything about Bitwise, we are committed to bringing everyone to the table, all stakeholders, and make it an inclusive and equitable process.” — Thilani Grubel, Bitwise VP

Thilani Grubel, vice president at Bitwise Industries Fresno, says signing the letter is an example of sharing the company’s values.

“If you know anything about Bitwise, we are committed to bringing everyone to the table, all stakeholders, and make it an inclusive and equitable process,” Grubel said.

Grubel also serves on the Measure C Renewal executive committee. She says there is “no need for us to rush this process.”

“If we take the time that we have, we can make this an equitable and fair and inclusive process and actually bring all of the voices from our community to the table so that we can make this as effective as possible for everyone,” Grubel said.

The Measure C committee says they have been holding meetings the past few years, and engaged in a survey with 2,800 respondents, nearly a quarter in Spanish.

Since August 2021, the committee says they’ve held at least 11 in-person meetings, several Zoom events, and outreach — both door-to-door and at community events such as the Sikh Festival and Clovis Trail Fest.

“I have to chuckle at this idea that this has been a rushed process. It’s has been anything but rushed from our perspective,” Boren said.

Grubel said several community-based organizations only got involved in the Measure C process within the last three months.

“If you think of that timeline, it is insane that our community-based organizations have only been involved for less than a quarter of the time that we’ve existed,” Grubel said.

Arguments For and Against

The transportation alliance group listed several grievances with the current Measure C renewal process. It says the spending is not addressing goals of road repair, clean air, and growth.

It also expressed concern about sprawl. 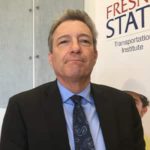 “This notion that everybody is going to get out of their car and get into a bus is just kind of an idyllic dream.” — Tony Boren, Fresno COG

“Sprawl continues to run rampant pushing some of us to the fringe and leaving others behind, while neglecting urgent transportation needs,” the transportation alliance letter says.

Boren counters that sprawl is a land-use decision made by local governments, not by Measure C.

When the transportation alliance said not enough is spent on street maintenance, Boren agrees. That was why 52% — $3.5 billion — of proposed Measure C renewal funds will be spent for that purpose.

Public transportation, another want of the alliance, did not poll that well, Boren said. It will still receive $811 million, or 12%.

“This notion that everybody is going to get out of their car and get into a bus is just kind of an idyllic dream,” Boren said.

“This transportation sales tax measure is not going to be able to address a lot of the social issues that (the alliance) are focused on. They would like it to, but as a practical matter, that’s just not going to happen. You can’t solve all the world’s social ills. And that’s not to diminish their concerns, but that’s just kind of the reality of life,” Boren said. 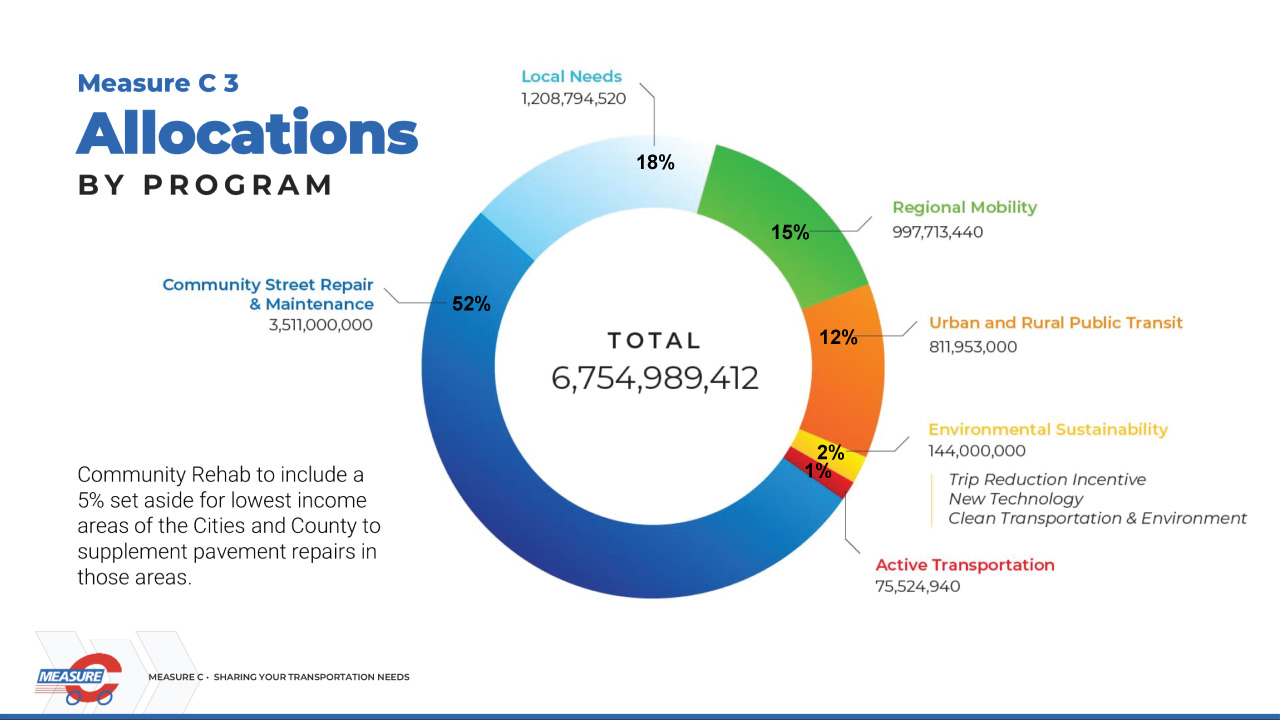 Lots of Voices, Lots of Ideas

The committee Grubel serves on has 30 members — a combination of government officials, business, labor, and environmental justice groups. They have met 18 times through May.

That is why Grubel supports using a professional mediator to sort out the ideas on the various Measure C renewal boards. And, the Measure C committees agreed. A mediator is now part of the process.

“If you’ve got 36 individuals that are representing different organizations in the room, you do need someone to kind of direct the conversation and make sure that we’re on track. But we haven’t had that except for the last three weeks,” Grubel said.

Boren says he respects the 36 signees, stopping short of calling them obstructionist. “They certainly haven’t been helpful.”

But, he is frustrated with the alliance focusing on the process, rather than the actual spending plan.

Another reason why Bitwise signed the transportation alliance letter was objections to certain spending.

“The projects that are being proposed are not forward-thinking at all. They’re just perpetuating the problems that we already have. These are things that we care about,” Grubel said.

One example of spending that Grubel objects is adding more lanes to highways and roads.

Bitwise offers transportation vans to shuttle its employees and technology students to its campuses — something she wants to be emulated with Measure C.

Boren said the renewal will not focus on expanding local freeways, but help with maintenance and improve interchanges. More people working at home since the pandemic eased congestion on highways.

“Our community isn’t looking for (expanding highway lanes). And the state’s not going to support that,” Boren said.

While the first two versions of Measure C focused on building highways, the next renewal will focus more on local roads, Boren said.

On Bitwise’s webpage, listing bios for 43 executives, Grubel “listens to the voices of the Fresno community and engages in conversations with local representatives and businesses to find ways to continue providing opportunities in technology and growing Fresno’s economy.”

She disagreed that Bitwise engages in advocacy and lobbying. The company does have a Washington, DC-based VP of external affairs, “that helps us understand how this stuff works,” Grubel said.

“As far as advocacy, we are just signing on to one letter because this is something that matters both to our company and our employees,” Grubel said.

Bitwise does not utilize traditional forms of influence. The company does not operate a political action committee to contribute money for elections. Contributions from individual Bitwise members are sparse. The largest recent contribution was $500 to Esmeralda Soria’s state Assembly campaign by company co-CEO Jake Soberal.

Bitwise carries out its values by the way it conducts business, Grubel said.

“Everything that we do, we live out our values,” she says.

During the pandemic and beyond, Bitwise engaged in several philanthropic endeavors.

Bitwise has or will open offices in Merced, Bakersfield, Oakland, and as far away as Buffalo, New York.

“As we expand, we take our values with us. We go into areas deliberately where we can amplify the efforts of other people,” Bitwise spokeswoman Katie Verducci said.

Both Grubel and Verducci said they are willing to work with any political figure, left or right, to advance the company’s values.

A Bureaucratic Maze of Approval

But the 2006 approval followed a scenario similar to what’s brewing today. An early attempt at getting voters to renew the tax in 2002 garnered just 54% support, well short of the two-thirds needed for passage.

Getting the Measure C renewal on the ballot will take approvals of multiple agencies that can even leave the most experienced government observer’s head spinning.

The authority boards of two agencies will eventually take votes — the Fresno Council of Governments, and the Fresno County Transportation Authority. Elected members of the county and city governments serve on both bodies, determined by a specific formula.

Boren says both votes are scheduled in June and July.

If both agencies approve the Measure C plan, the Fresno County Board of Supervisors will have until August to vote to place the renewal on the November ballot.

The original Measure C legislation created the FCTA. Two different Measure C groups — an executive committee, and a technical working group will offer advice and recommendations. Both bodies are comprised of government officials and community members.

“In the end, there’s a vote and it is what it is. And often on that vote, (advocates) are not getting what they want. So then they’ll oppose the process even though they were part of the process,” Boren said.