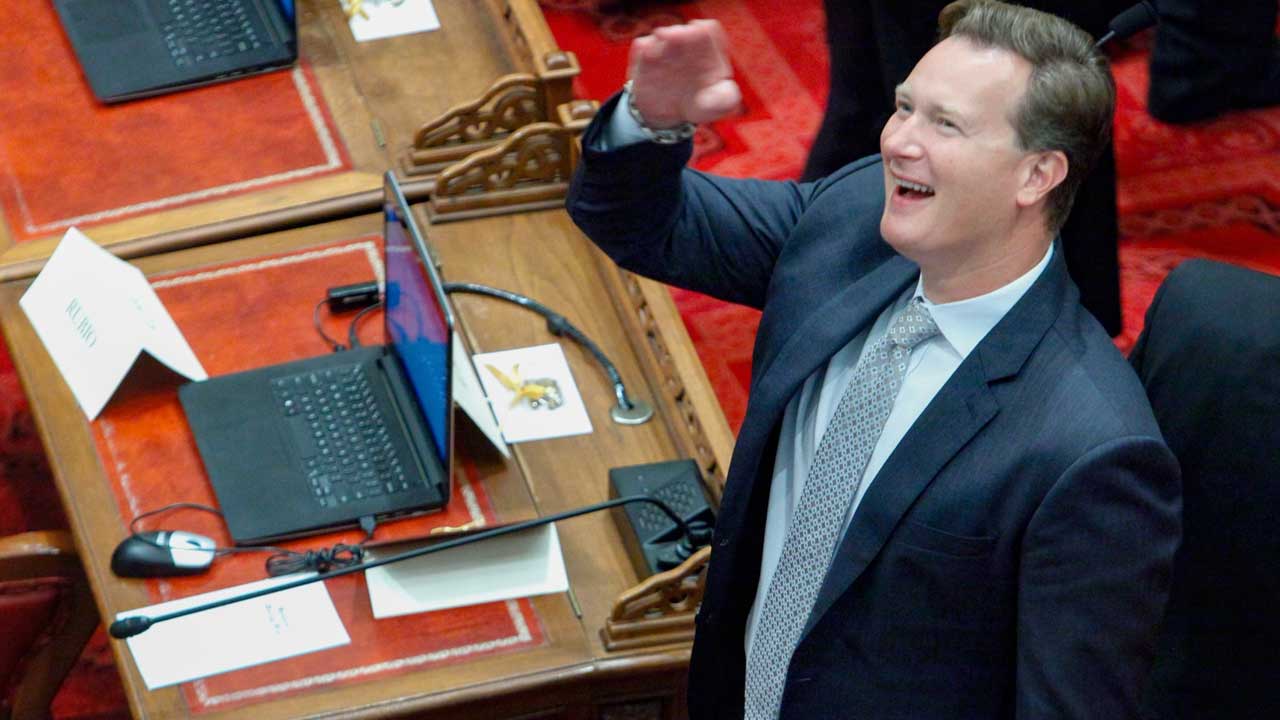 Andreas Borgeas climbed the rungs of the public service ladder. One term at the Fresno City Council, two terms at the Fresno County Board of Supervisors, and an election victory in the state Senate.

For a time, the 47-year-old Borgeas considered running for a congressional seat — either for the vacant, short-term seat left by Devin Nunes or a full-time place in Washington. He officially filed an exploratory committee with the Federal Election Commission.

And, if Borgeas decided not to aim for Congress, he figured to have the incumbency advantage for state Senate re-election. Or so he thought.

Ultimately, Borgeas chose neither and will leave public office when his term expires on Dec. 5. He explained why in an interview with GV Wire. His exit from politics mostly had to do with redistricting.

“It has become a Kern County seat. And depending on what numbers you’re looking at, it’s a population ratio of two to one,” Borgeas said. “It’s no longer going to be a Fresno-centered seat, it will be Kern County’s. When that happened, that was terribly disappointing because there should be no reason why you combine Fresno County and Kern County into the same districts, whether they be Senate or congressional, because there are substantial community of interests divergences,” Borgeas said.

Moving wasn’t an option either. His decision to not run for Congress was influenced by the re-election announcement of Tom McClintock.

Even though he is leaving public life, Borgeas did not rule out a return.

If Borgeas wanted to remain in the Senate, he would have two options — running in a district where fellow incumbent Shannon Grove, R-Bakersfield, announced she would run, or move to an adjacent district.

“After chatting it over at great length with my wife and the fact that we have two little boys and aging parents, that was not something that was realistic for us. And when you combine redistricting and a series of personal domestic issues that have arisen, it seemed like the options were foreclosed upon,” Borgeas said.

The border between SD 12 and SD 4 is the Fresno-Madera county line. Eligibility to run only requires being registered to vote in that area. The state law has been recently changed to be liberal on the definition of actual residence. Still, Borgeas wasn’t interested in bending the residency rules.

“To do this appropriately, you want to live in your district, not just rent an apartment to satisfy the bare minimum legal qualifications,” Borgeas said.

Not Running Against Grove

After an analysis of the new voter demographics, an incumbent-on-incumbent matchup against Grove did not look favorable.

Numbers provided by the state redistricting commission show the new SD 12 with 44% of the population in Kern County, 38% in Fresno County, and the remaining 18% in Tulare County.

“The scenarios that we evaluated and also consulted with professionals in the field, indicated that the Kern advantage is so significant that it’s no longer a Fresno-centered seat. This was a painful process for us,” Borgeas said. “I think Fresno didn’t fare very well.”

Borgeas said he and Grove spoke about how redistricting would affect election prospects.

“We’ve had many conversations about not just the seat, but, the entire redistricting process because it was an unfolding drama over a period of months. Each line was a whole new universe, and each sketch created its own series of analytics that had to be gone through. It was quite the experience,” Borgeas said.

Grove had kind words for Borgeas, when reached by GV Wire.

“I’ve worked with Senator Borgeas over the past three years, especially on water priorities and other issues facing the Legislature. He is a man of great intellect and we share similar opinions on the serious issues facing us in California,” Grove said. 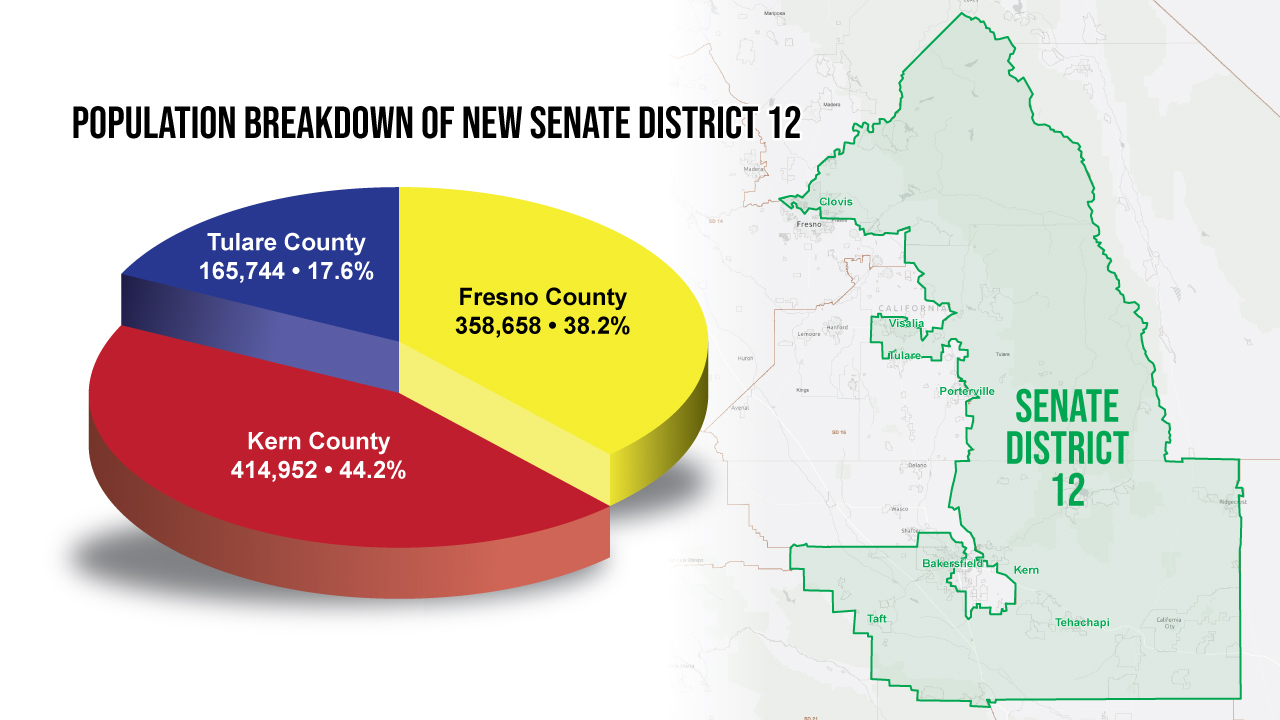 When McClintock, R-Elk Grove, announced he would run in CD 5 — where Borgeas lives and most of his Senate constituents will be — Borgeas changed his mind about running.

“One serious consideration is when Congressman McClintock decided that he was going to run again in that seat. That was a persuasive event for me and my family,” Borgeas said.

What’s Next for Borgeas?

Borgeas says he is now focused on completing his term.

“I want to see my last year in the Senate as strong as possible as chairman of the Senate Ag Committee. There are a number of water and infrastructure and ag-related priorities that I want to see through. I don’t have any immediate plans. I was an educator for over a decade and I always think I miss the classroom and I miss engaging with students. So it’s a possibility at some point I might return to teaching,” Borgeas said.

Borgeas, a lawyer by trade, does not anticipate that he would resume his practice. He has taught classes at San Joaquin College of Law in the past.

His most recent financial disclosure form shows he ran a consulting firm, but earned less than $2,000 a year. He also reported between $10,001 and $100,000 as a commissioner from the US China Economic Security Review Commission.

His wife, Anna Borgeas, also reported income from her consulting firm and as a professor at Fresno State.

“I may decide to allow for another campaign account to be open because I still love public service. I’m going to remain politically engaged and at some point and in some capacity, I anticipate returning to public service,” Borgeas said.

He didn’t say what position he might have his eyes on.