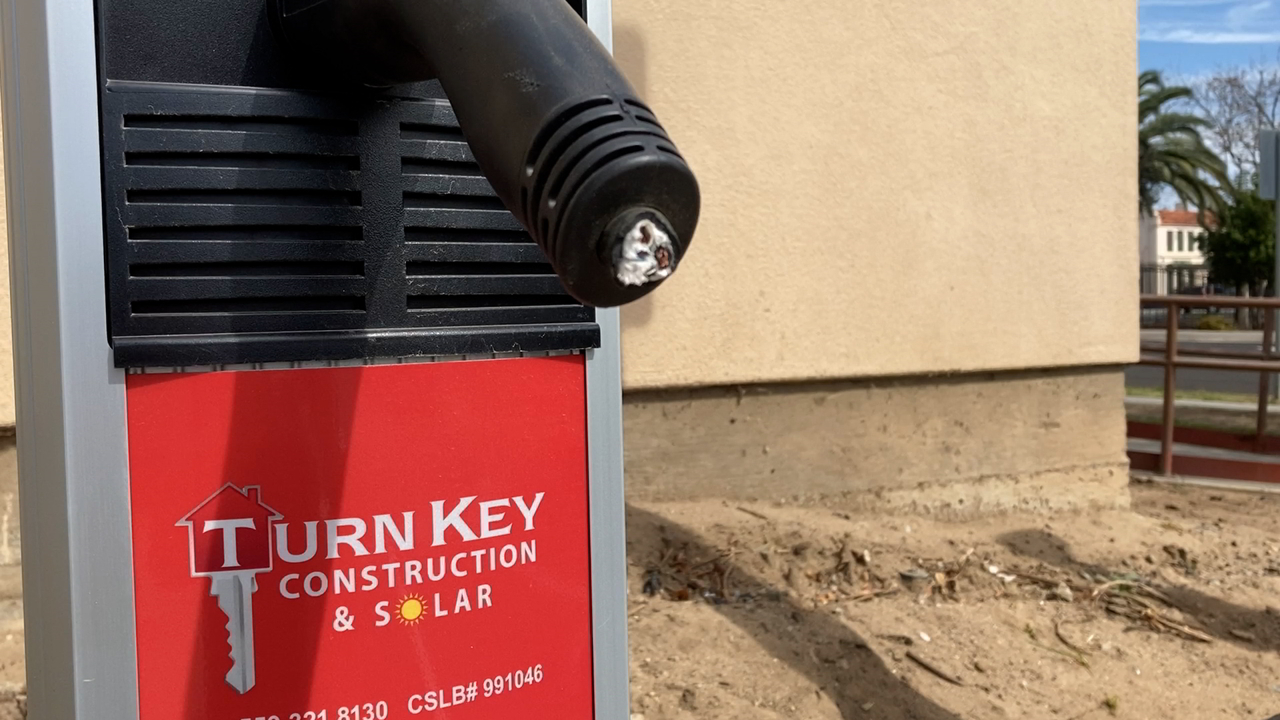 Over a dozen electric vehicle charging stations owned by the city of Fresno are not able to charge anything after being vandalized. Heavy cables used to connect the curbside chargers to vehicles were severed for the valuable copper wire inside, according to police.

“Not just the ones in the city parking lot, but the ones in the WaterTower are also missing their their connections,” said Fresno City Council Member Miguel Arias during Thursday’s council meeting. He’s concerned that many of these stations have been offline for months and wants the city to get them repaired.

“(They) have become simply a hazard,” Arias said.

This is occurring at the same time President Joe Biden is proposing to construct 500,000 electric vehicle charging stations by 2030 as part of his $2 trillion infrastructure package to help encourage a shift away from gasoline-powered cars.

The EV charger cable theft problem is not new. An industry executive wrote in a 2015 blog post, “Copper theft of charging stations has increased and the stations remain energized after the cables have been severed.”

Today, a near decade-high price for copper, exacerbated by COVID-induced supply shortages, is likely to be making the cables tempting targets for thieves. Those who cut the cables are protected from injury by ground fault circuits built into the charging stations that power off the units when they are tampered with. 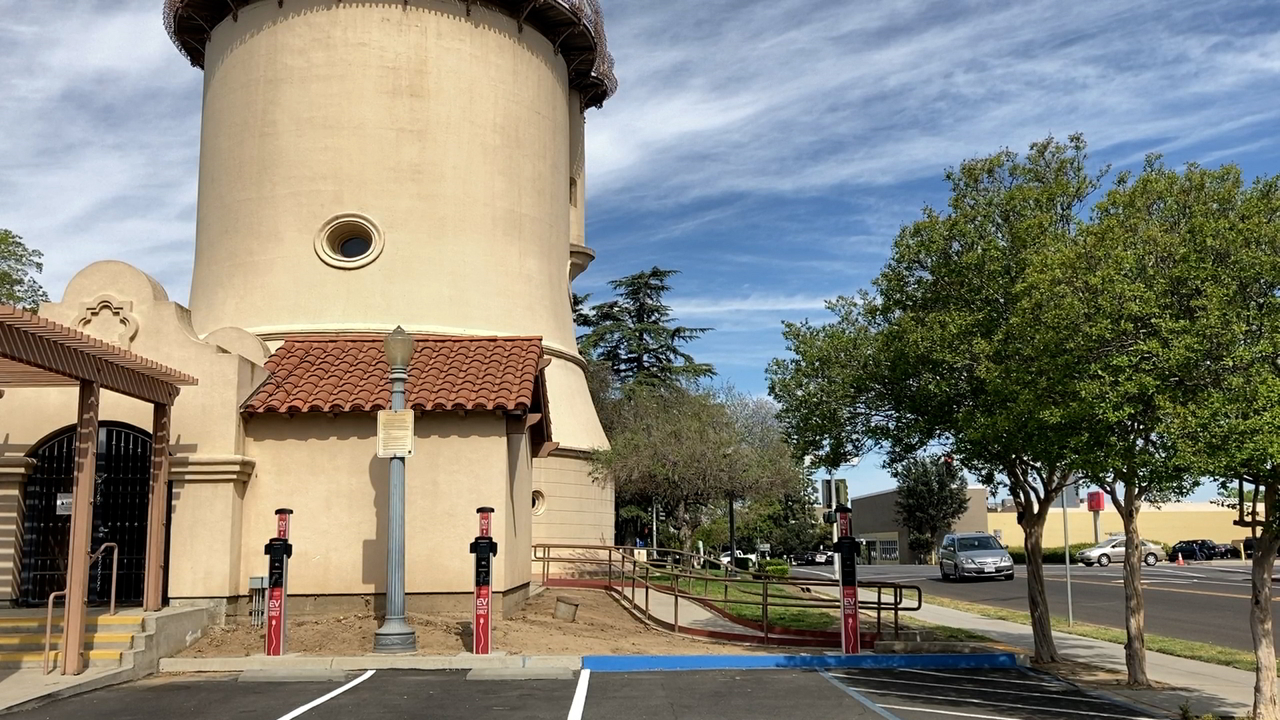 Three electric vehicle charging stations adjacent to the Fresno Water Tower are unusable because their connecting cables have been cut. (GV Wire/Jim Jakobs)

Fresno Police Lt. Rob Beckwith says vandalism reports taken by the department peg the damage to the chargers at $2,500 each.

“They’re taking the electrical wiring out, most likely for the copper wire inside,” Beckwith said. “The $2,500 in damage makes it a felony vandalism.” 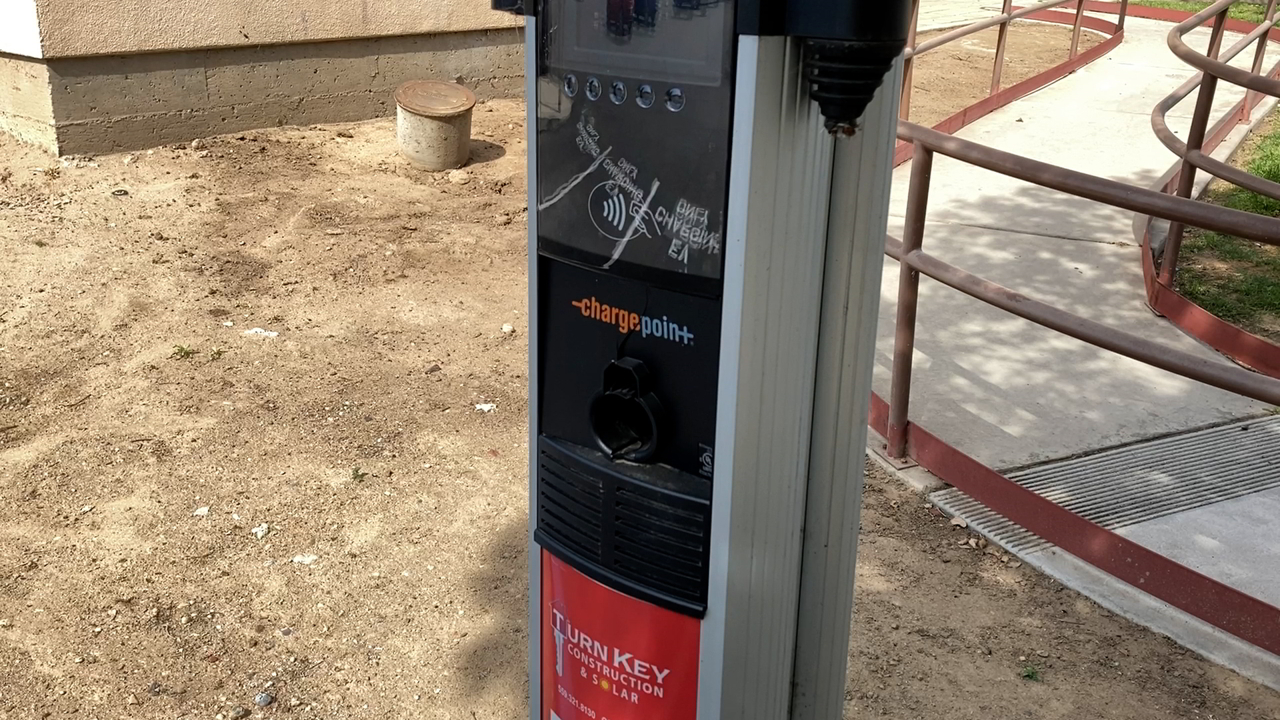 An EV charging station in the Water Tower parking lot shows damage resulting from the theft of it charging cable. (GV Wire/Jim Jakobs)

Arias says the problem might have been prevented had the if the city had installed a different type of EV charger.

“They weren’t the anti-theft type, which are available,” Arias told GV Wire.

Public Works Director Scott Mozier says getting the charging stations fixed is a top priority for his department. Asked by GV Wire℠ if his team will be looking at options that help preventable, Mozier responded, “We’re looking at all options.” 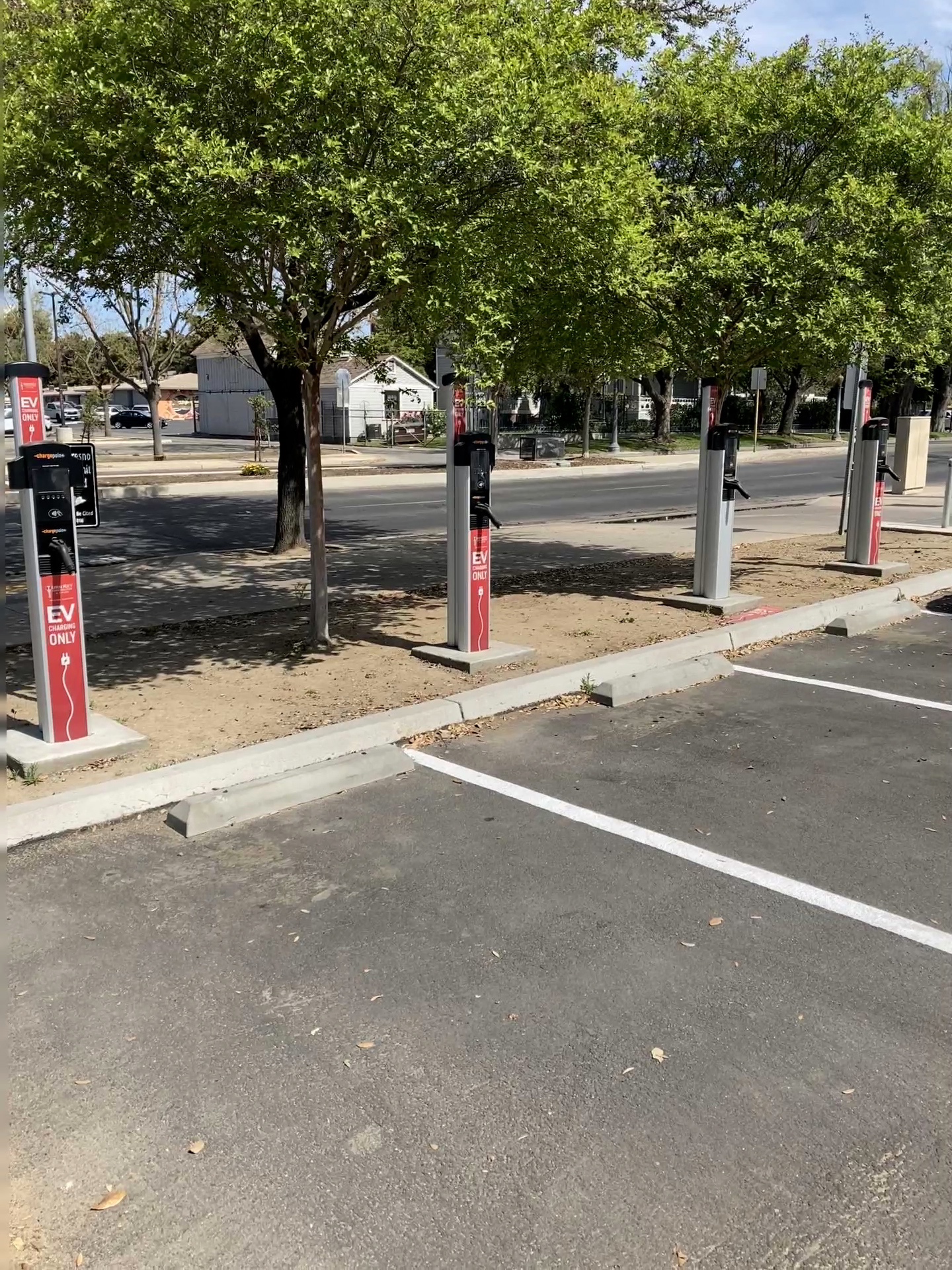