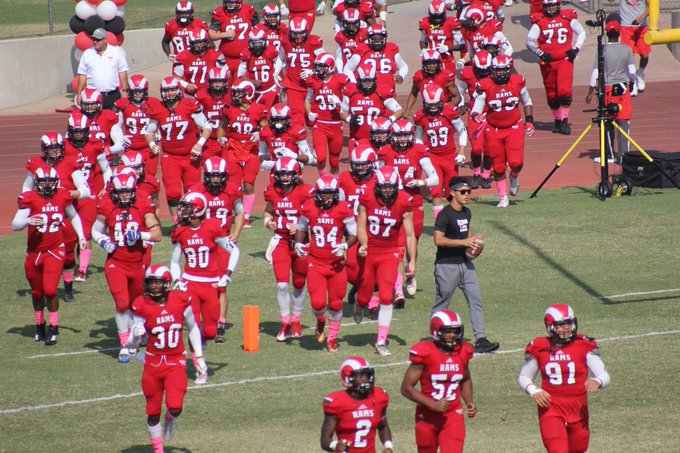 Their seasons had been delayed by the California Community College Athletic Association in hopes that coronavirus infection rates would be declining by the early part of the spring semester, which begins next month.

But the region’s high infection rates and new positive tests have skyrocketed since the Thanksgiving holiday, filling hospital intensive care unit beds. Health officials fear that the number of cases will continue to rise through and after the Christmas and New Year holidays.

The college decided to opt out of Spring 1 athletics competition “out of an abundance of caution and care for our community,” Goldsmith said. “This was a difficult decision to make but after much collaboration with coaches, athletic trainers, and staff as well as input from public health sources, we decided this was the best option for our students, staff, and community. Health and safety was the most important factor in our decision-making.”

“It’s our hope that California will see greater containment of the virus so that it’s safer,” Johnson said. “Right now, protecting Ram Nation is about protecting ourselves, protecting each other, and protecting our student athletes.”

The decision on whether to compete in Spring 2 athletics will be made by late February for a season tentatively scheduled now as March 27 through June 23. Those sports include badminton, softball, baseball, women’s beach volleyball, women’s swim and dive, men’s golf, and men’s and women’s tennis and track and field.

Reedley College President Jerry Buckley announced later Wednesday that the seasons for five of the six fall sports — football, men’s and women’s basketball, women’s soccer and women’s volleyball — would not be played in Spring 1 because of the pandemic.

Women’s golf is being delayed to the Spring 2 season, he said.

Reedley has approved the following sports for the Spring 2 season: baseball, softball, men’s golf, and men’s and women’s tennis.

All student-athletes will retain their year of eligibility regardless of their teams’ status during the 2020-2021 academic year and will continue to progress toward their degree requirements.

“We have decided this is the best path to take moving forward,” Buckley said. “This was a very difficult decision, but the health and safety of our student-athletes was a huge factor in moving in this direction.”