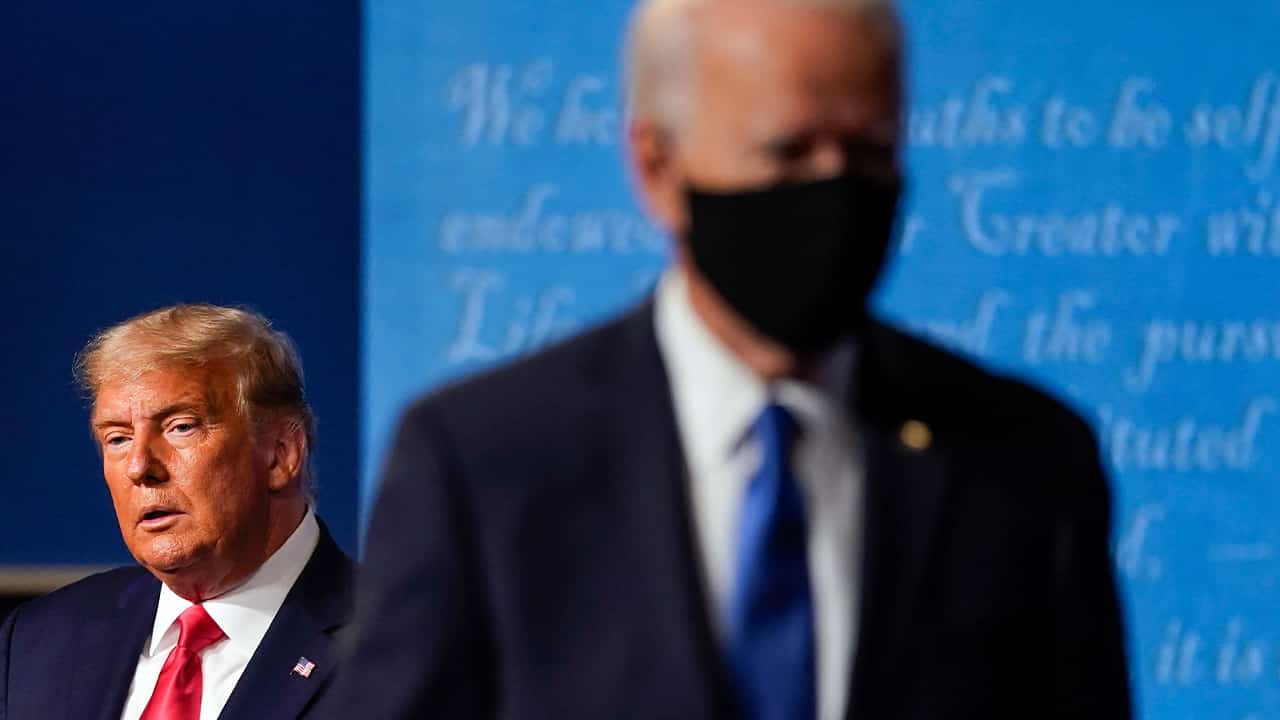 MADISON, Wis. — President Donald Trump’s extraordinary effort to overturn Joe Biden’s win in Wisconsin returns to the courtroom on Thursday, with hearings in federal and state lawsuits seeking to invalidate hundreds of thousands of ballots and give the GOP-controlled Legislature the power to name Trump the winner.

Trump’s attorneys are urging the courts to act quickly so he can appeal any adverse ruling before members of the Electoral College meet on Monday and cast Wisconsin’s 10 votes for Biden. Attorneys for Gov. Tony Evers and the bipartisan state elections commission say the cases are without merit and should be dismissed.

The state lawsuit made Wisconsin the only state that missed Tuesday’s safe harbor deadline, which means Congress has to accept the electoral votes that will be cast Monday and sent to the Capitol for counting on Jan. 6. Missing the deadline won’t deprive Wisconsin of its 10 electoral votes.

Biden won Wisconsin by about 20,600 votes. Those certified results, which came after a Trump-ordered recount in the state’s two largest Democratic counties, were then challenged by Trump in the two lawsuits he filed in Wisconsin.

Out of the roughly 50 lawsuits filed around the country contesting the Nov. 3 vote, Trump has lost more than 35 and the others are pending, according to an Associated Press tally.

The Wisconsin Supreme Court already refused to hear Trump’s lawsuit once, saying it must first go through lower courts. But the court is likely to soon have the case before it again.

The Wisconsin Supreme Court is controlled 4-3 by conservative justices. One of them, Justice Brian Hagedorn, has three times joined liberals in deciding against taking the Trump lawsuit and two others filed by Trump allies seeking to overturn the election.

“The relief being sought by the petitioners is the most dramatic invocation of judicial power I have ever seen,” Hagedorn wrote in denying a Wisconsin Voters Alliance case. “This is a dangerous path we are being asked to tread. The loss of public trust in our constitutional order resulting from the exercise of this kind of judicial power would be incalculable.”

Chief Justice Patience Roggensack, a conservative, said invalidating 221,000 votes, as the Trump lawsuit seeks, “may be out of reach for a number of reasons.”

Trump’s federal lawsuit originally asked the court to “remand” the case to the Republican-controlled Legislature to pick new electors who would then cast their votes for Trump on Monday. U.S. District Judge Brett Ludwig last week called that request “bizarre.”

After that comment, Trump amended his request to instead order the governor to issue a certificate of the results consistent with the appointment of electors designated by the Legislature. Ludwig, in a pretrial conference on Wednesday, called that request “also very odd.”

Trump claims that the election wasn’t run properly and that the risks of voter fraud were increased because ballot drop boxes were not staffed, voting by mail was widely used and voters who said they were indefinitely confined were allowed to cast absentee ballots without showing a valid photo ID.

Ludwig, a Trump appointee, questioned last week whether federal court was the proper place for the case.

On Wednesday, a federal judge in Wisconsin dismissed another lawsuit filed by the chairman of the La Crosse County Republican party that argued there was massive fraud that warranted the court declaring Trump the winner. Similar lawsuits, all filed by Trump’s former campaign attorney Sidney Powell, have been dismissed in Arizona, Georgia and Michigan.

Despite Trump’s Venting and Threats, Biden’s Win Is Sealed