GM Flips to California's Side in Pollution Fight With Trump 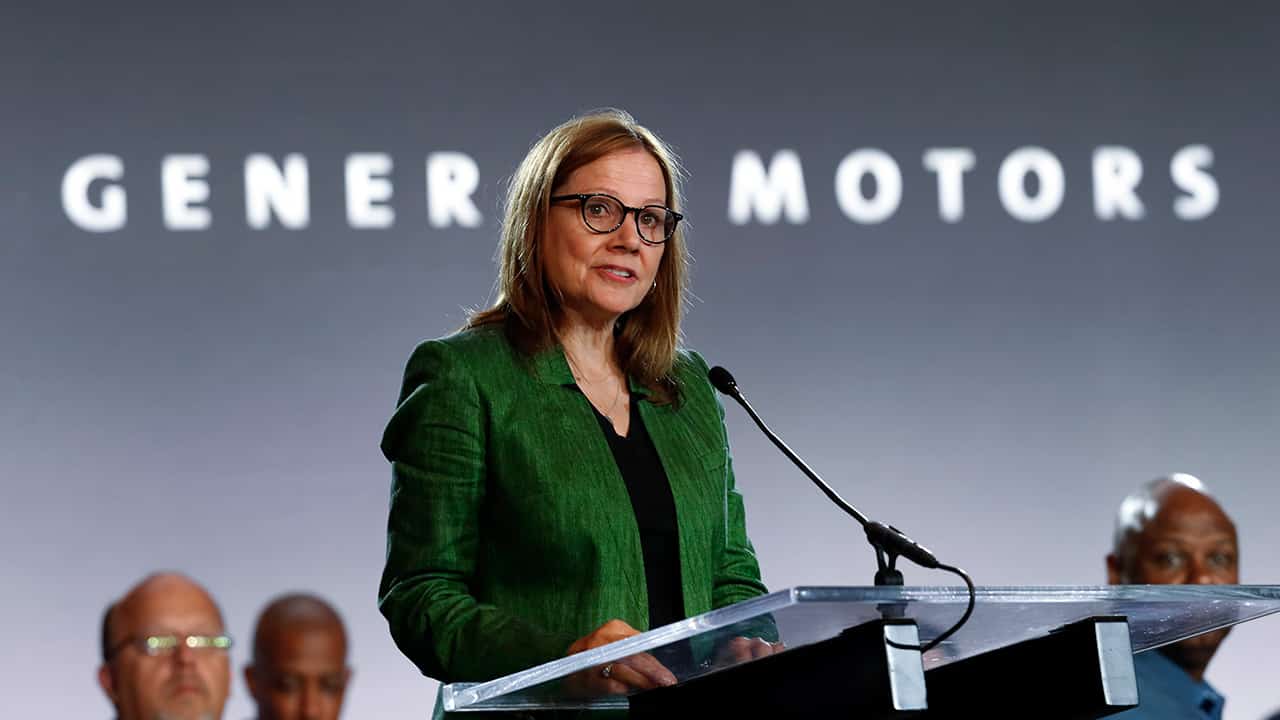 DETROIT — General Motors is switching sides in the legal fight against California’s right to set its own clean-air standards, abandoning the Trump administration as the president’s term nears its close.

CEO Mary Barra said in a letter Monday to environmental groups that GM will no longer support the Trump administration in its defense against a lawsuit over its efforts against California’s standards. And GM is urging other automakers to do the same.

The move is a sign that GM and other automakers are anticipating big changes when President-elect Joe Biden takes office in January. Already at least one other large automaker, Toyota, said it may join GM in switching to California’s team.

In her letter, Barra wrote that the company agrees with Biden’s plan to expand electric vehicle use. Last week, GM said it is testing a new battery chemistry that will bring down electric vehicle costs to those of gas-powered vehicles within five years.

Barra sent the letter after a Monday morning conversation with Mary Nichols, head of California’s Air Resources Board, the company said. The board is the state’s air pollution regulator.

“We believe the ambitious electrification goals of the President-elect, California, and General Motors are aligned, to address climate change by drastically reducing automobile emissions,” the letter said.

Nichols called GM’s announcement good news. “I was pleased to be in communication with Mary Barra again,” she said. “It’s been a while since we had talked.”

Biden Said GM’s Decision Is Encouraging for the Economy

The news, coupled with GM announcing it was recalling 7 million vehicles and avoiding a drawn-out legal fight, helped to push the automaker’s shares up 4% Monday to close at $44.77. Earlier in the day, the stock hit $45.16, its highest level in more than two years. GM’s stock has more than doubled in value since April.

Dan Becker of the Center for Biological Diversity, one of the environmental groups Barra wrote to, said GM was wrong in trying to stop California from protecting its people from auto pollution.

“Now the other automakers must follow GM and withdraw support for (President Donald) Trump’s attack on clean cars,” he said in an email.

The White House did not respond to a request for comment, and the Environmental Protection Agency would say only that it is interesting to see the changing positions of U.S. companies.

In a statement, Biden said GM’s decision is encouraging for the economy, the planet and success of American auto workers.

“GM’s decision reinforces how shortsighted the Trump administration’s efforts to erode American ingenuity and America’s defenses against the climate threat truly are,” the statement said, adding that the ripple effects will help the U.S. innovate and create good-paying union jobs.

Last year General Motors, Fiat Chrysler, Toyota and 10 smaller automakers sided with the Trump administration in a lawsuit over whether California has the right to set its own standards for greenhouse gas emissions and fuel economy.

The companies said they would intervene in a lawsuit filed by the Environmental Defense Fund against the Trump administration, which has rolled back national pollution and gas mileage standards enacted while Barack Obama was president.

The Move Came After Ford, Bmw, Honda, Volkswagen and Later Volvo Signed a Deal With California

The group called itself the “Coalition for Sustainable Automotive Regulation” and also included Nissan, Hyundai, Kia, Subaru, Isuzu, Suzuki, Maserati, McLaren, Aston-Martin and Ferrari. The coalition said automakers were faced with multiple overlapping and inconsistent standards, which would drive up costs for consumers.

In a statement, Toyota said it has supported year-over-year increases in fuel economy standards, and it joined the coalition because most other automakers agreed there should be a single U.S. standard. But the company conceded that Biden soon will take a different position.

“Given the changing circumstances, we are assessing the situation, but remain committed to our goal of a consistent, unitary set of fuel economy standards applicable in all 50 states,” Toyota said.

The initial move put the coalition automakers at odds with five other companies — BMW, Ford, Volkswagen, Volvo and Honda — that backed California and endorsed stricter emissions and fuel economy standards than proposed by the Trump administration. About a dozen other states follow California’s standards.

In September of 2019, Trump announced his administration would seek to revoke California’s congressionally granted authority to set standards that are stricter than those issued by federal regulators.

The move came after Ford, BMW, Honda, Volkswagen and later Volvo signed a deal with California, which had been at odds with the Trump administration for months.

Many automakers have said in the past that they support increasing the standards, but not as much as those affirmed in the waning days of the Obama administration in 2016.

Under the Obama requirements, the fleet of new vehicles would have to average 30 mpg in real-world driving by 2021, rising to 36 mpg in 2025. Those increases would be about 5% per year. The Trump administration’s plan increased fuel economy by 1.5% per year, backing off an earlier proposal to freeze the requirements at 2021 levels.

Automakers say that because buyers are switching to larger trucks and SUVs, many companies would not be able to meet the stricter standards.

Related Topics:CaliforniaGeneral Motors
Up Next