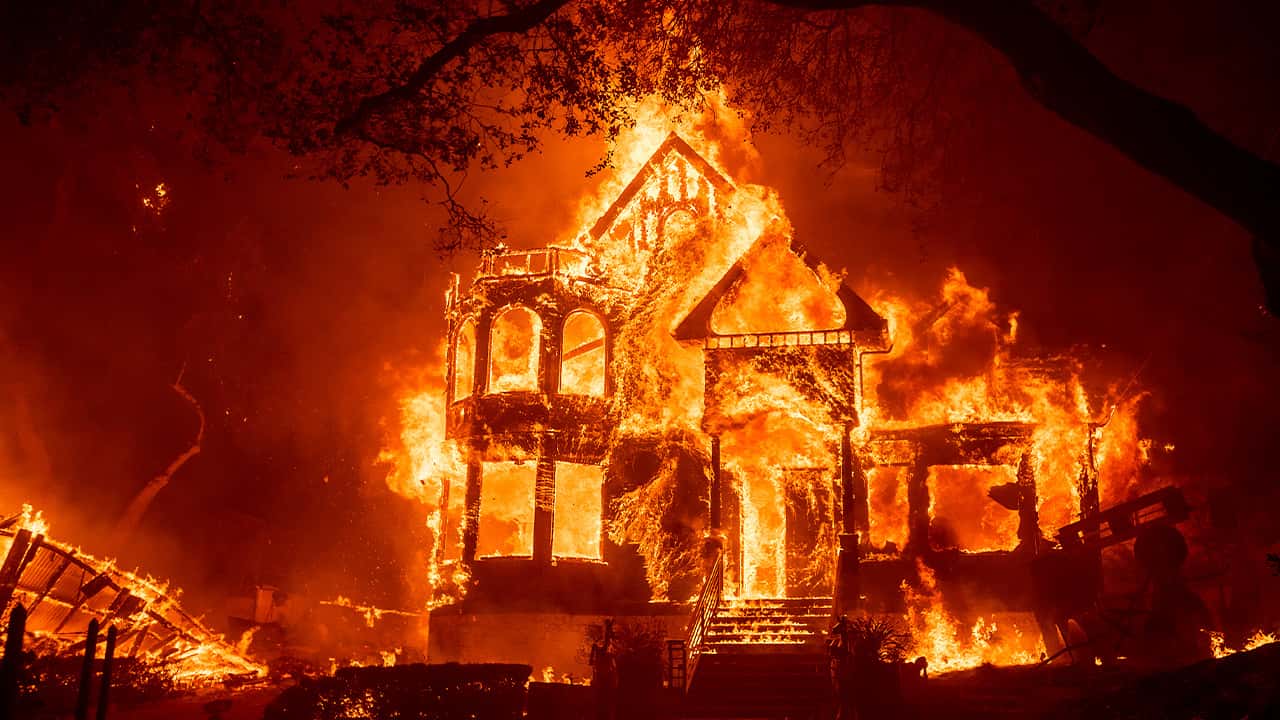 In wine country, flames engulfed the distinctive Chateau Boswell Winery north of St. Helena, The Black Rock Inn in the small community of St. Helena and multiple homes in the city of Santa Rosa, the San Francisco Chronicle reported. Residents of a senior home were among those evacuated. The Adventist Health St. Helena hospital suspended care and transferred all patients elsewhere, according to a statement on its website.

The wine country blaze had burned 17 square miles (44 square kilometers) as of early Monday, according to the California Department of Forestry and Fire Protection, or Cal Fire.

Numerous studies in recent years have linked bigger wildfires in America to global warming from the burning of coal, oil and gas, especially because climate change has made California much drier. A drier California means plants are more flammable.

The Causes of Both New Fires Were Under Investigation

Evacuations were also ordered in Shasta County as that fire spread.

The causes of both new fires were under investigation. During the weekend, the Pacific Gas & Electric utility turned off electricity to targeted areas where the winds raised the potential for arcing or other power equipment damage that could spark new fires.

Most of the losses occurred after a frenzy of dry lightning strikes in mid-August ignited a massive outbreak of fires.

Conditions were also hot, dry and windy in parts of Arizona, where the Sears Fire in Tonto National Forest north of Phoenix has grown to more than 14 square miles (36 square kilometers) since it erupted Friday afternoon. Authorities reported zero containment.