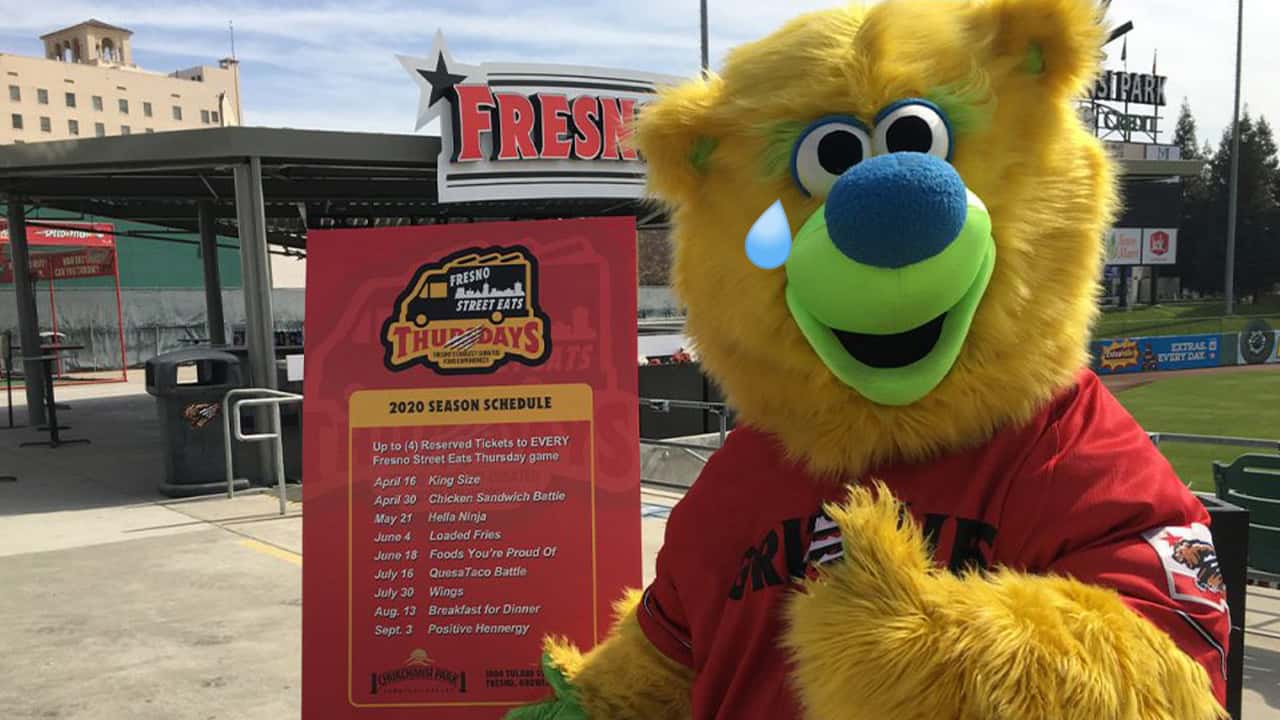 The skies will be clear at Chukchansi Park for the Fourth of July on Saturday night. 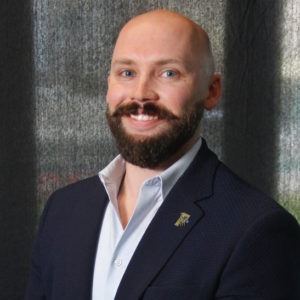 “We are already planning behind the scenes to give you the best celebration imaginable once this hibernation ends and we take the field again in 2021.”  — Fresno Grizzlies President Derek Franks

In a decision not totally unexpected, Major League Baseball informed the minors on Tuesday that it would not provide players during this COVID-19 impacted season. Thus, there will no games this year for the Grizzlies or the Visalia Rawhide.

“While we have been operating for this outcome over the past few months, today’s news of our season being canceled is, of course, devastating,” said Grizzlies president and minority owner Derek Franks in a statement.

“As I have talked to some of our fans over the past couple of weeks, hearing about the shared love of the game constantly reestablishes to me how important baseball is to our community and our country. … We truly have the best fans in Minor League Baseball and remain devoted to giving you the best experience in family fun and entertainment.

“We are already planning behind the scenes to give you the best celebration imaginable once this hibernation ends and we take the field again in 2021.”

Rawhide Look to Next Year

For the Rawhide, the Single-A affiliate of the Arizona Diamondbacks, that means celebrating its 2019 California League championship will have to wait another year.

Sam Sigal, vice president of First Pitch Entertainment and co-owner of the Rawhide, expected this to happen but was saddened nonetheless.

“No one wants to not have baseball,” Sigal said. “You can’t do Minor League Baseball without fans.”

While MLB can withstand empty stadiums because of its substantial television contracts, the minors don’t have that luxury. They depend on ticket sales and sponsorship.

Both the Rawhide and Grizzlies furloughed staff.

“No one deserves what they’re getting. We’ve had a great staff who has been with us every step of this way. It’s not really something anyone wants to happen,” Sigal said. “When you have this long of a time without games things change and it’s unfortunate. It was really the most painful part of the process for us. But unfortunately, it became a reality.”

“Part of our recovery and and our build back plan to2021 is bringing back the staff as soon as we can. We just need more time to figure out timing and how that all materializes,” Franks said.

As if the expected announcement of the cancellation of the season wasn’t bad enough, the specter of the expiration of the contract between MLB and the minors after this season awaits.

Most of the baseball contract conversations revolved around when the Big League season would resume. That is scheduled for July 23 with a shortened 60-game season. The expiration of the Professional Baseball Agreement has taken a backseat.

There have been proposals to contract up to 42 minor league teams. While the Grizzlies have not been mentioned as a team disappearing, there have been reports they would move down two levels, from the Triple-A Pacific Coast League to the California League.

The Grizzlies’ Franks says its too early to speculate such changes.

“In the coming weeks, the talks will resume and we’ll start to learn more about what the future looks like between on the PBA,” Franks said. “Many things about Minor League Baseball could could look different. I think there’s a variety of things that that are being discussed.”

The Grizzlies’ two-year deal as the Triple-A club of the World Series champion Washington Nationals expires at the end of the now-canceled season.

Franks hopes there could be a renewal.

“Our desire would be to return with those guys until we find out that that’s not an option. So we’re focused on that for now,” Franks said.

There’s speculation that the deal would be unlikely to be renewed anyway — primarily because of the distance between the two clubs.

That is one factor why Fresno will not host a Big League team’s alternate Spring Training 2.0 site. The San Francisco Giants will use its Triple A facility in Sacramento; the Oakland A’s will practice at its Single A ballpark in Stockton.

“The distance didn’t allow for us to be a suitable option for the Nationals. Unfortunately, we will we will not be one of those sites,” Franks said.

“He’s an emotional guy and but he’s been brave through this. He got out there and did a lot of community events for us and did a lot of stuff to help us get through this and kept some smiles on a lot of people’s faces. I think in the toughest times, a guy Parker is a guy you want by your side,” Franks said.

Stocks Close Out Best Quarter Since 1998 with More Gains