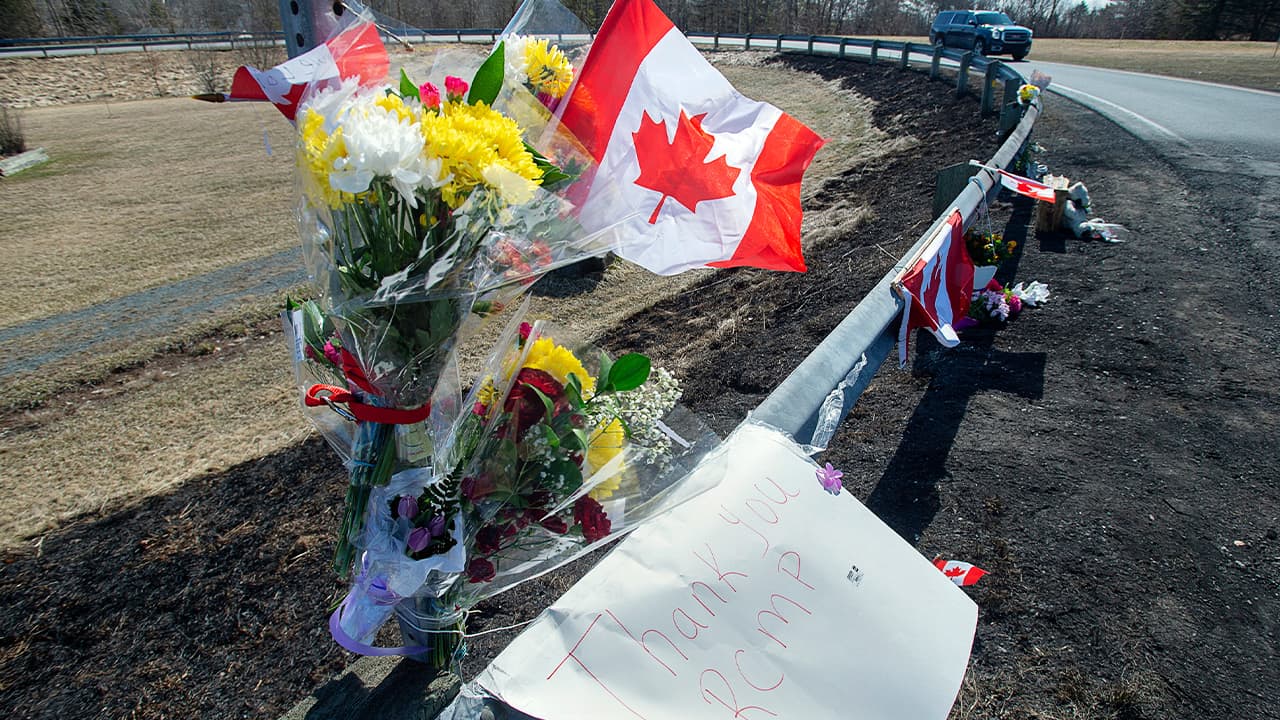 TORONTO — Canadian police said Tuesday they believe there are at least 22 victims after a gunman wearing a police uniform shot people in their homes and set fires in a rampage across rural communities in Nova Scotia over the weekend.

The dead include a 17-year-old as well as a police officer, a police news release said. All the other victims were adults and included both men and women. There were 16 crime scenes in five different communities in northern and central Nova Scotia, it said.

The Royal Canadian Mounted Police said they have recovered remains from some of the destroyed homes. Earlier, authorities had said at least 18 people were killed in the 12-hour attack.

Officials said the suspect, identified as 51-year-old Gabriel Wortman, was shot and later died on Sunday. Authorities did not provide further details or give a motive for the killings.

The dead include a 17-year-old as well as a police officer, a police news release said. All the other victims were adults and included both men and women. There were 16 crime scenes in five different communities in northern and central Nova Scotia, it said.

“Some of the victims were known to Gabriel Wortman and were targeted while others were not known to him,” the police statement said.

Authorities also confirmed Wortman was wearing an authentic police uniform and one of the cars he used “was a very real look-alike RCMP vehicle.”

“This is an unprecedented incident that has resulted in incredible loss and heartbreak for countless families and loved ones. So many lives will be forever touched,” the police statement said.

In an earlier news release authorities had said they believed there were 23 victims but Royal Canadian Mounted Police spokesman Daniel Brien later clarified the death toll included 22 victims and the gunman.

As fears mounted that more dead would be found in burned out homes, a young man said Tuesday that his grandparents were missing and believed dead after their log cabin was set ablaze during the attack. 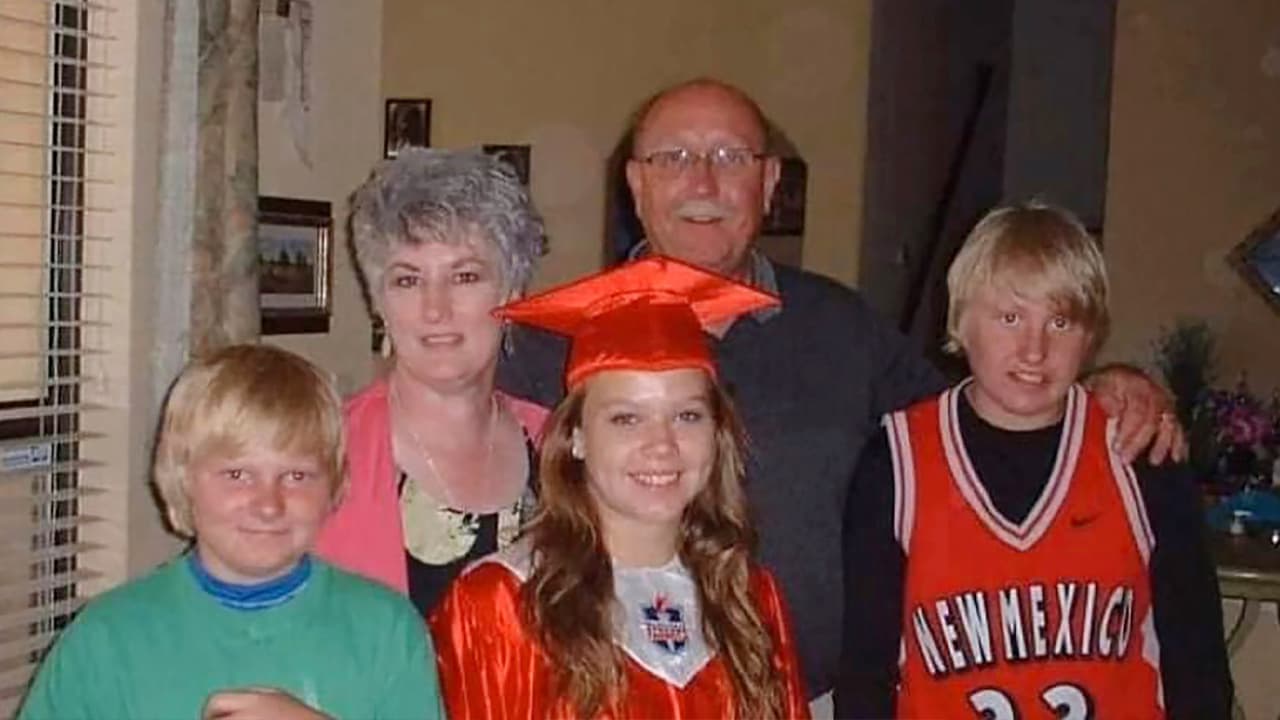 This undated photo provided by Justin Zahl, shows from left, his brother Riley, his grandmother Elizabeth Joanne Thomas, cousin Emily O’Neil, his grandfather John Zahl and him. Justin Zahl is awaiting confirmation that his grandparents are dead after their log house burned down during a rampage by a gunman disguised as a police officer in Nova Scotia that began late Saturday, April 18, 2020. He hasn’t heard from his grandparents since Saturday, and police tell him their bodies are most likely in the rubble. (Justin Zahl via AP)

Police Have Warned the Death Toll Will Almost Certainly Rise

Justin Zahl told The Associated Press he finally heard from police after frantic calls for information and seeing images of his grandparent’s home in the rural town of Portapique burned to the ground, with their cars in the driveway.

It was not immediately clear, however, if the remains police said were found Tuesday included those of Zahl’s grandparents.

Police teams were spread out across 16 locations in central and northern Nova Scotia, including the neighborhood where the rampage began late Saturday on Portapique Beach Road, where the suspect lived.

Police have warned the death toll will almost certainly rise as investigators comb through homes destroyed by fire.

Zahl said he last heard from his grandmother early Saturday evening via iMessage on her iPad.

“They were angels,” he said, adding that the couple were like parents to him and his 19-year-old brother, Riley. “He was the smartest man I knew, and could hold a conversation with anyone.”

He said John Zahl, in his late 60s, and Elizabeth Joanne Thomas, in her late 50s, lived in Albuquerque, New Mexico, before retiring to their dream home in Nova Scotia in 2017 after falling in love with the place on a visit. Justin and his brother lived with them for a while but both young men no longer do and neither was at the home during the attack, he said.

Authorities said Wortman made his car look like a Royal Canadian Mounted Police cruiser allowing him to travel easily within a 30-mile area.

Questions Emerged About Why a Public Emergency Alert Was Not Sent

As the attack ensued, police warned residents in Portapique to lock their doors and stay in their basements. The town, like all of Canada, had been adhering to government advice to remain at home because of the coronavirus pandemic and most of the victims were inside homes when the attack began.

“I really could have used that provincial warning, as I walk here all the time and I’ve been in the yard all week.” — Cheryl Maloney

But no wider warning was issued, and questions emerged about why a public emergency alert was not sent. Police provided Twitter updates, but no alert that would have automatically popped up on cellphones.

Several bodies were later found inside and outside one house on Portapique Beach Road, police said. Bodies were also found at other locations in Nova Scotia and authorities believe the shooter may have targeted his first victims but then began attacking randomly as he drove around.

Authorities said Wortman did not have a police record. Royal Canadian Mounted Police Commissioner Brenda Lucki said police were still studying the crime scenes to determine what weapons were used.

Meanwhile, many questioned why a public emergency alert was not sent province-wide — even though the system was recently used to advise people to maintain social distancing because of the coronavirus pandemic.

“There should have been some provincial alert,” said David Matthews, who heard a gun shot while he was walking with his wife on Sunday. Shortly after they returned home, their phone started ringing with warnings from friends that there was an active shooter in the neighborhood, he said.

Cheryl Maloney, who lives near where one victim, 54-year-old Gina Goulet, was killed, said she was likely saved by her son, who messaged a warning Sunday morning: “Don’t leave your house. This guy is at the end of your road and he’s dressed like a cop.”

“I really could have used that provincial warning, as I walk here all the time and I’ve been in the yard all week,” she said.