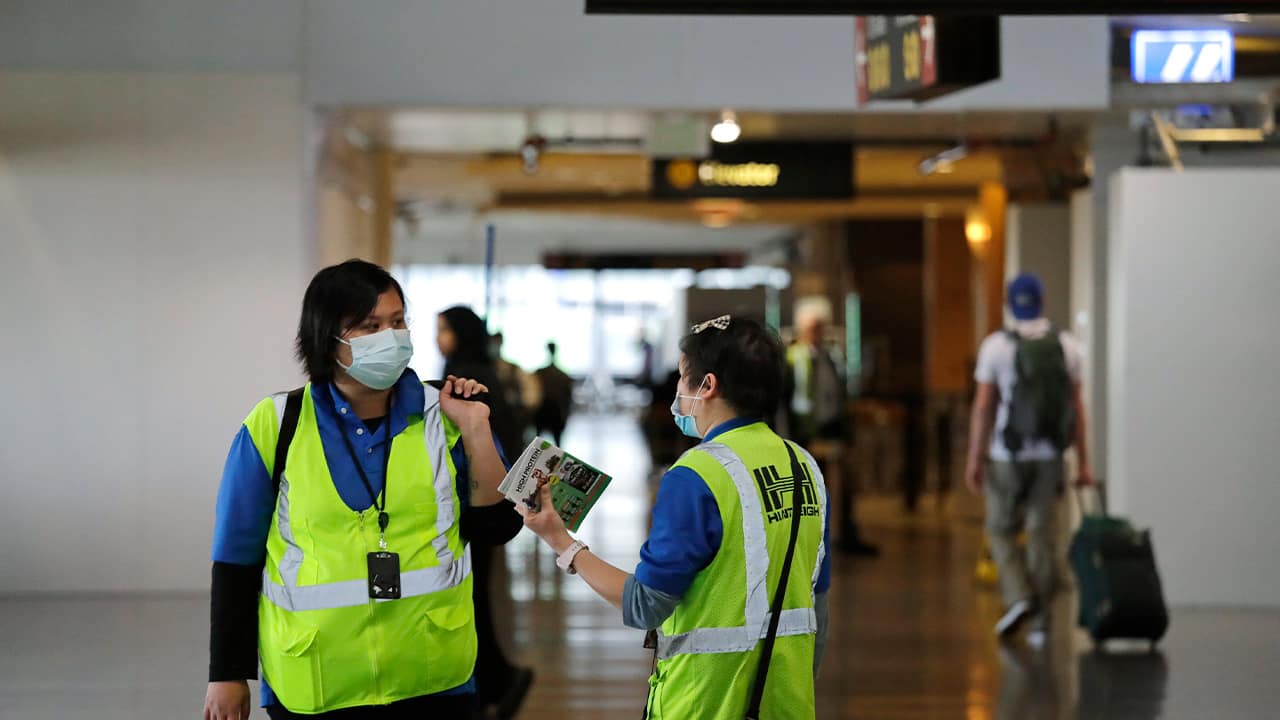 SEATTLE — The U.S. death toll from the coronavirus climbed to 11 on Wednesday with a victim succumbing in California — the nation’s first reported fatality outside Washington state — as officials, schools and businesses came under pressure to respond more aggressively to the outbreak.
Officials in Placer County, northwest of Sacramento, said an elderly person who tested positive for COVID-19 Tuesday after returning from a San Francisco-Mexico cruise had died. The victim had underlying health conditions, authorities said.
In a statement, Gov. Gavin Newsom extended his “deepest condolences to the family and loved ones affected” by the death.
“This case demonstrates the need for continued local, state and federal partnership to identify and slow the spread of this virus,” Newsom said.
Washington state also announced another death, bringing its total to 10. Most of those who died were residents of a nursing home in Kirkland, a suburb east of Seattle. At least 31 cases have been reported in the Seattle area, where researchers say the virus may have been circulating undetected for weeks.
Public officials in Washington faced pressure to take more aggressive steps, including closing schools and canceling large events. Some individual schools and businesses have closed, with schools considering whether to plan for online classes in the event of prolonged shutdowns.
Washington state and Seattle have declared emergencies, which gives leaders broad powers to suspend activities. But so far no direct orders have been issued. Washington Gov. Jay Inslee, right, bumps elbows with a worker at the seafood counter of the Uwajimaya Asian Food and Gift Market, Tuesday, March 3, 2020, in Seattle’s International District. Inslee said he’s doing the elbow bump with people instead of shaking hands to prevent the spread of germs, and that his visit to the store was to encourage people to keep patronizing businesses during the COVID-19 Coronavirus outbreak. Earlier in the day, following a tour at a health clinic, Inslee urged people to wash hands frequently and practice other measures of health hygiene, and to stay home from work and public events if they don’t feel well or have any symptoms of illness. (AP Photo/Ted S. Warren)

Large-Scale School Closings Have Not Been Ordered

“We have encouraged people who are responsible for large gatherings to give consideration whether it really makes sense to carry those on right now,” Gov. Jay Inslee said Wednesday. “Right now, we are deferring to the judgment … of these organizations.”
He also said large-scale school closings have not been ordered because “there are so many ramifications for families and businesses,” especially for health care workers who might not be able to go to work because of child care responsibilities. However, he said, the situation is fluid and he would make decisions after consulting with health experts.

Jennifer Hayles, 41, of Kirkland, the epicenter of Washington’s outbreak, said she was appalled that Inslee and health officials hadn’t canceled next week’s Emerald City Comic Con.
The four-day cosplay and pop-culture event draws close to 100,000 people each year, and some participants — including D.C. Comics and Penguin Random House — have pulled out over the virus.
Hayles said she spent hundreds of dollars on tickets and other items related to the event but will have to pass on attending because she has a compromised immune system.
“There’s a lot of people who are talking about the economic cost of people forced to pull out of Comic Con, but if we have an explosion of cases of coronavirus, the economic cost is going to be much higher,” Hayles said. “They’re not considering how hugely this is going to affect not just Seattle and people who are traveling back to other states, but our outlying communities so much, including Kirkland.”

Related Topics:coronavirusdeath toll
Up Next