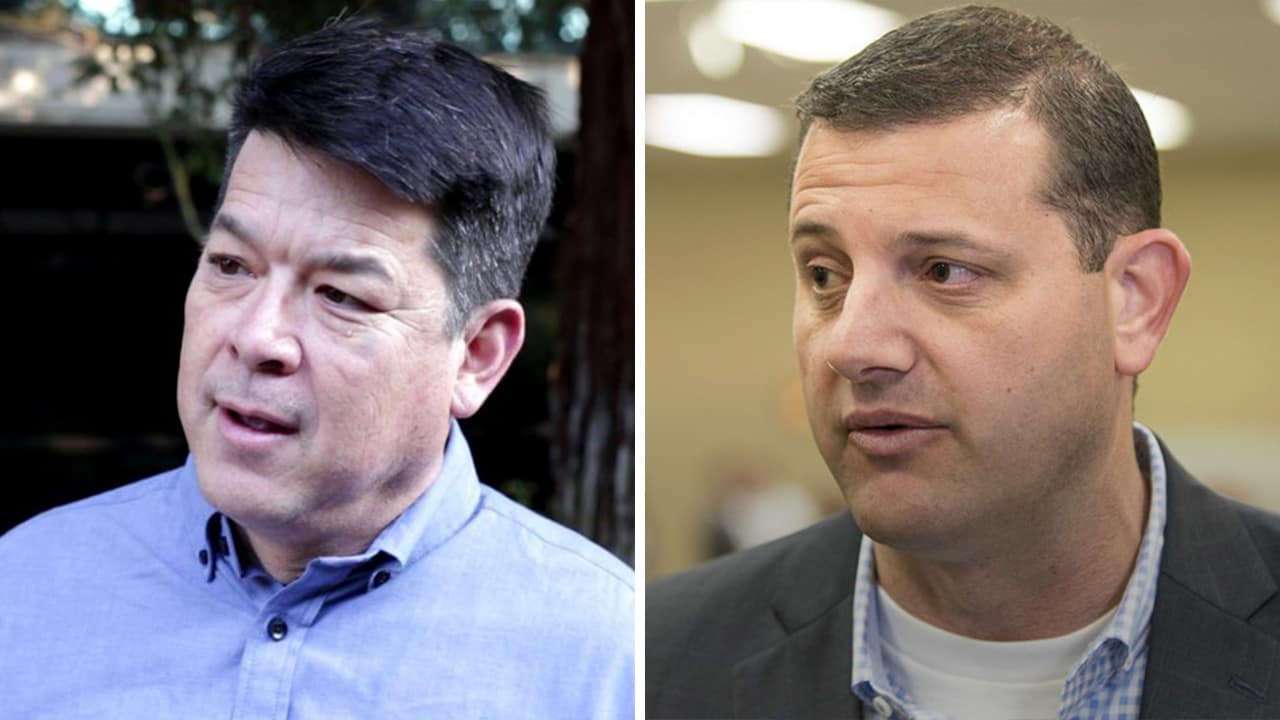 LOS ANGELES — California is one of the most heavily Democratic states in the country, but Republicans this year are determined to regain a string of U.S. House seats the party lost to Democrats two years ago. President Donald Trump, who wants the House back under GOP control and House Speaker Nancy Pelosi demoted, has said that with hard work Republicans “can pick up seven seats in the state of California.”

Venture capitalist Josh Harder grabbed this farm belt seat from Republican Rep. Jeff Denham in 2018. This time he’s facing challengers from both parties, including Republicans Ted Howze, a veterinarian, and Bob Elliott, a San Joaquin County supervisor. Democrats hold a registration edge in the district, though the state’s agricultural centers have long been known for Republicans who vote reliably and Democrats who often do not. Trump recently called former Republican Rep. David Valadao “an incredible guy” he wants back in Washington. But to get there, he’ll need to defeat the Democrat who narrowly beat him in 2018, Rep. TJ Cox. The district has a deceptively large Democratic registration edge — Valadao held the seat for several terms before Cox’s 2018 victory. They are among four candidates on the ballot.

This swing district north of Los Angeles is vacant after Democratic Rep. Katie Hill resigned amid a sex scandal and House ethics probe last year. Leading Democrats include Christy Smith, a state legislator backed by the party establishment, and online news personality and progressive Cenk Uygur. The GOP field includes former Rep. Steve Knight, who lost the seat to Hill in 2018, former Navy combat pilot Mike Garcia and former Trump campaign aide George Papadopoulos, who served a two-week prison sentence for lying to the FBI about his interactions with Russian intermediaries during the 2016 campaign.


Related Story: Katie Hill Is the First Millennial Lawmaker to Resign Because of Nudes. She ... Democratic Congresswoman Katie Hill (D-Santa Clarita) FILE – In this Nov. 6, 2018, file photo, Katie Hill speaks during an interview after voting in Agua Dulce, Calif. Hill announced her resignation over the weekend following the publication of explicit photos that outed the relationship. She describes the photos as “revenge porn” and is vowing to fight the problem so that women and girls don’t shy away from politics in the future. Hill’s resignation in a sex scandal she blamed on an abusive husband has observers wondering if women are held to higher standards in public life and what the future holds for politicians coming of age in the iPhone era. (AP Photo/Marcio Jose Sanchez, File)

Voters in the closely divided, diverse district anchored in Orange County could end up seeing a rematch between first-term Democratic Rep. Gil Cisneros and Republican Young Kim. Cisneros claimed the seat in 2018, one of four Republican-held districts all or partly in Orange County that Democrats claimed two years ago, a stunning realignment in a county once known as a national GOP stronghold.

Rep. Katie Porter proved that even a progressive can win in the heart of what was once California’s “Reagan country” in a district with a Repubican tilt. The law professor and protégé of presidential candidate Elizabeth Warren snatched the Orange County seat in 2018 from Republican Rep. Mimi Walters. This time, Porter is the sole Democrat on the ballot and a handful of Republicans are dueling for a chance to challenge her, including Laguna Hills City Councilman Don Sedgwick, Yorba Linda Councilwoman Peggy Huang and Lisa Sparks, dean of Chapman University’s School of Communications.

Democrat Harley Rouda pushed out long-serving Republican Rep. Dana Rohrabacher in this Orange County district in 2018 in an upset. The coastal district retains a Republican registration edge, but Rouda exposed its shifting politics with his surprise win. The leading Republican in the race is Michelle Steel, who heads the county Board of Supervisors.

First-term Rep. Mike Levin is defending his seat against Republican Brian Maryott, the only candidates on the ballot. The district anchored in San Diego County has a small Republican registration edge but has been growing increasingly favorable for Democrats for years. Levin carried the district by nearly 13 points in 2018.