Dyer: I Hope to 'Win This Election Outright' 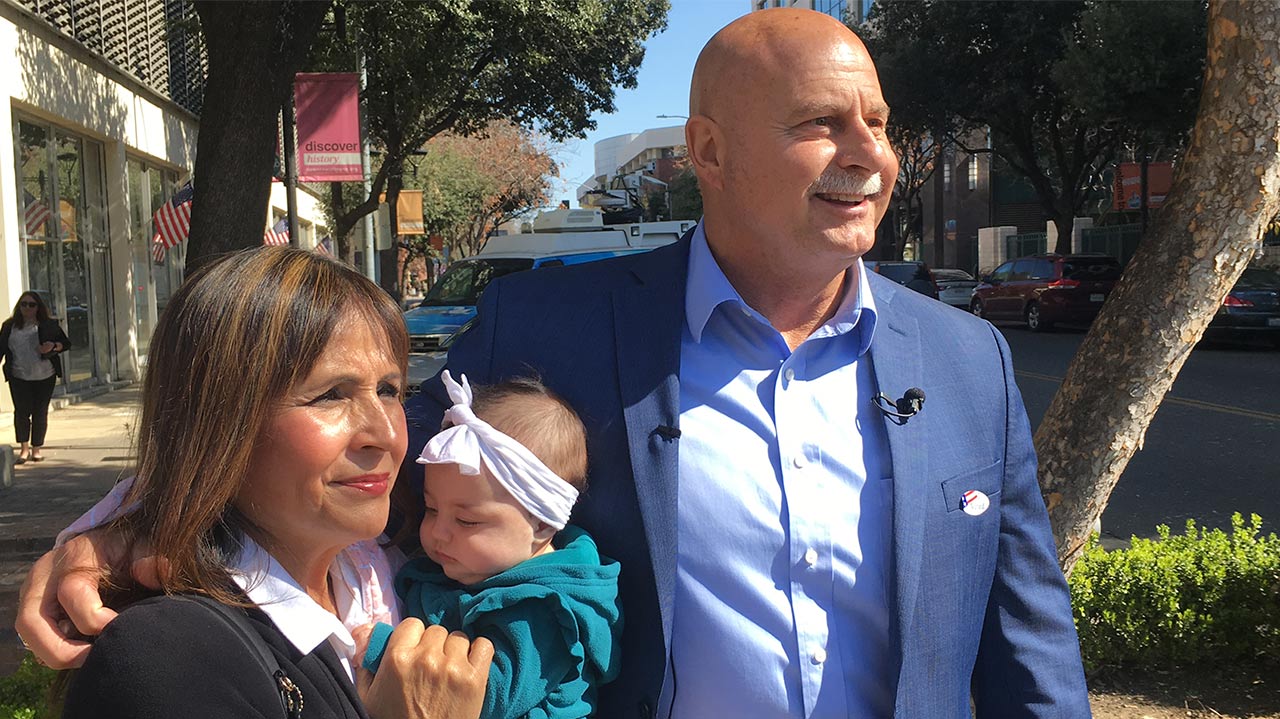 Fresno mayoral candidate Jerry Dyer cast his vote on Monday at the central election office downtown with his 4-month-old granddaughter alongside.
Of course, he did.

While politics famously involves shaking hands and kissing babies, this mayoral race has featured photo ops with gorgeous newborns.
This time, Dyer had his wife, Diane, hold their 4-month-old granddaughter Charlotte when he filled out his ballot.
Last week, mayoral rival Andrew Janz managed to vote with his newborn on his shoulder — and keep his shirt clean in the process.
“It’s pretty special for her,” Dyer said of his granddaughter voting with him. She appeared in Dyer’s first TV ad that ran in December.

Dyer Wants to Avoid a Run-off

Dyer, the former Fresno police chief, believes there is a good chance the election won’t spill over to a November run-off.
“The hope is we win this election outright,” Dyer said. “If we don’t, we’ll give our all over the next eight months to win this thing in November.” 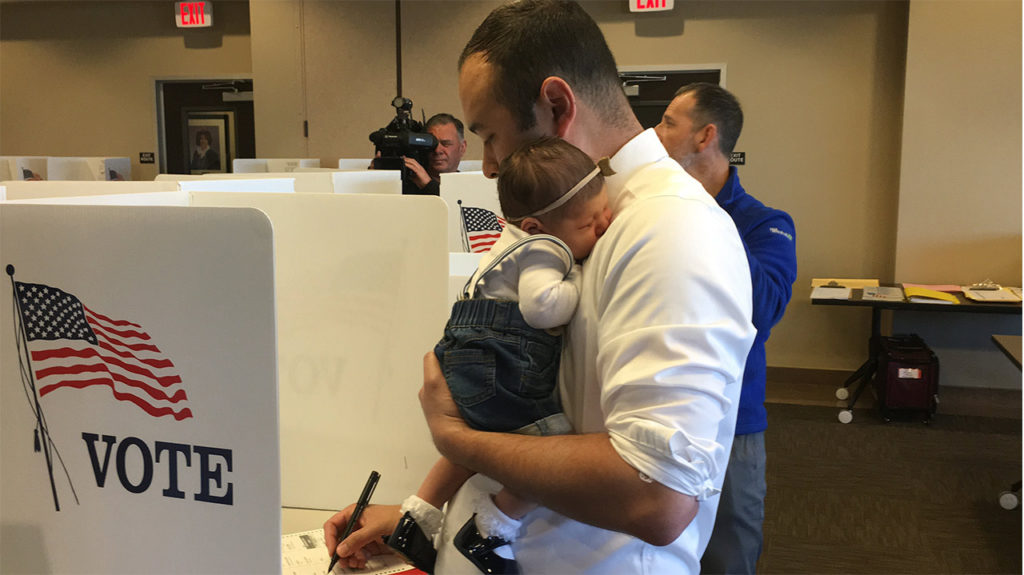 Costa Mum on His Presidential Endorsement

[Update 3/03/2020, 6 p.m. PT: Congressman Jim Costa has officially announced his endorsement of Joe Biden for president.
“It’s time for Democrats to come together to focus on supporting the best candidate for victory in November,” Costa said in a Biden news release.
This comes one day after Costa all but said he would endorse the former vice president.] Original story:
Congressman Jim Costa (D-Fresno) voted on Monday because he is returning to work in Washington, D.C., on Tuesday’s Super Primary.
Costa has been coy about his pick for president. He initially endorsed U.S. Senator Kamala Harris (D-California), but she dropped out of the race in December.
Costa did praise Joe Biden.
“I think Vice President Biden’s good showing on Saturday in South Carolina makes it pretty clear a lot of my colleagues are coalescing around the vice president. I’ve worked with him for years,” Costa said.
Asked if that was an endorsement, Costa responding while laughing “I didn’t say that.”
Costa said he would be forthcoming about his presidential pick sooner, rather than later.

Costa on His Own Race

This could be the toughest primary yet for Costa, primarily because he is being challenged by members of his own Democratic Party as well as a Republican.
Fresno City Councilwoman Esmeralda Soria and human resources director Kim Williams of Merced are also on the ballot.
“It means money that I would save for the general election I’m spending on the primary election,” Costa said about how this election is different than previous campaigns.
In his previous eight congressional elections, Costa never had a fellow Democrat legitimately challenge him.
Costa fully expects to be in the top two to advance to the November general election. He believes the only Republican in the race, Kevin Cookingham, could garner 35-40% of the vote based on the ‘R’ alone. 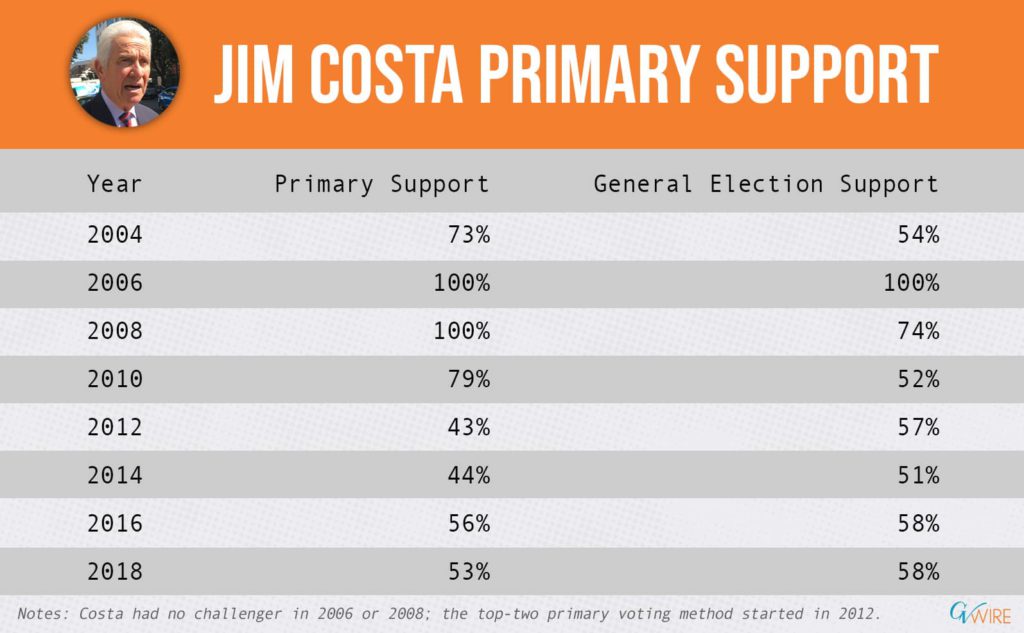 Orth has no concern about damage or vandalism to the 43 ballot drop box locations in the county.
The metal units weigh 700 pounds and are bolted to concrete. The ballots are picked up daily by election staff.
It is a felony to tamper with ballot boxes. The ballot box weighs 700 pounds and is bolted to the ground. (GV Wire/David Taub) 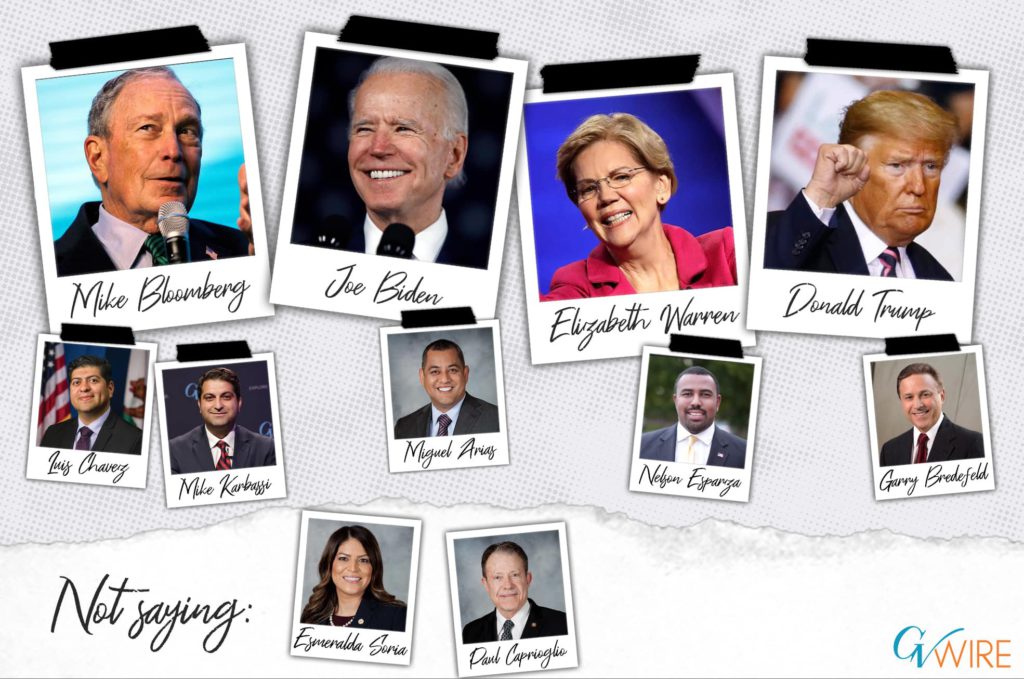