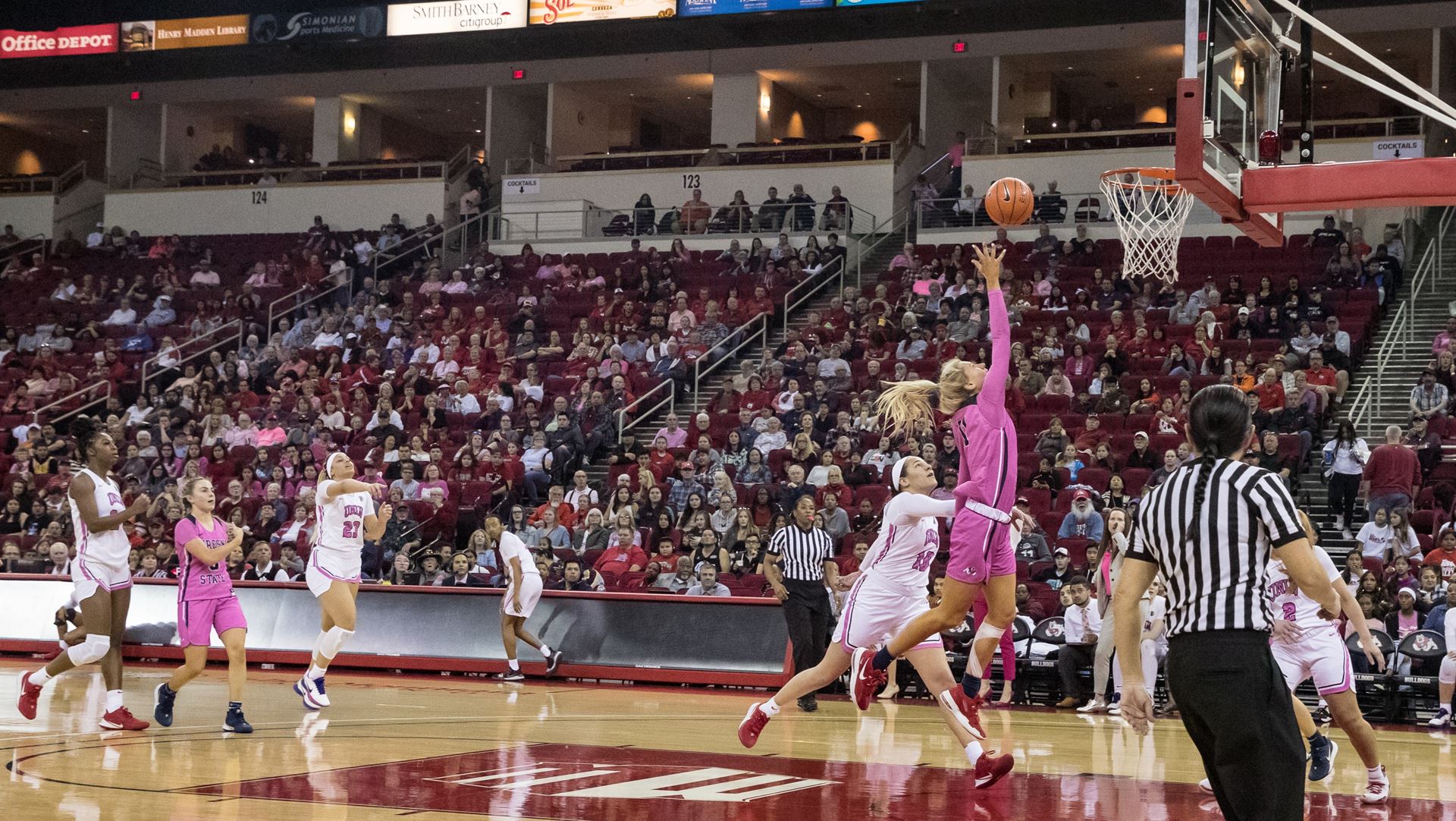 Fresno State is nearing its first regular-season women’s basketball title since joining the Mountain West Conference in 2012.
On Saturday, the Bulldogs’ defense smothered third-place UNLV en route to a 72-58 victory in front of a season-high 3,272 fans at the Save Mart Center.

Then, on Monday, the Mountain West named junior guard Aly Gamez its Player of the Week for her 14-point, 3-steal performance against the Rebels and her game-high 27 points in a victory at Colorado State.
Now 13-0 in conference play, Fresno State leads runner-up San Jose State by 3.5 games heading into Wednesday’s home game against the Spartans.
With a victory, the Bulldogs (20-4 overall) would clinch at least a share of the Mountain West crown.

In Saturday’s game, Hanna Cavinder (24 points) and Maddi Utti (20 points) powered the Bulldogs at the offensive end. Cavinder also dished six assists and grabbed five rebounds, and Utti added eight rebounds and three steals to her line. Utti scored all of her points in the first half, making 8 of 12 from the field.
“UNLV is very physical and athletic and talented and probably a little taller in some areas, but I thought our kids did a good job,” said Bulldogs coach Jaime White. “I thought every quarter we were solid and we never really gave up too much and continued to keep the lead.”
Said Utti’s about the team’s success thus far: “I think we’ve definitely grown to work together really well and we have a lot of different people that step up every game. It’s just been really fun to play with this group of girls and work hard every day and compete.”
UNLV’s record fell to 12-11 overall and 8-4 in the Mountain West.
The boxscore is at this link.

San Jose State (15-8, 9-3) has lost two straight games, while Fresno State has won 12 straight.
Wednesday is Pride of the Valley night, and fans who wear green will receive free admission.  Fans can also purchase two tickets for $9 in the center court sections.
The Mountain West standings are at this link.