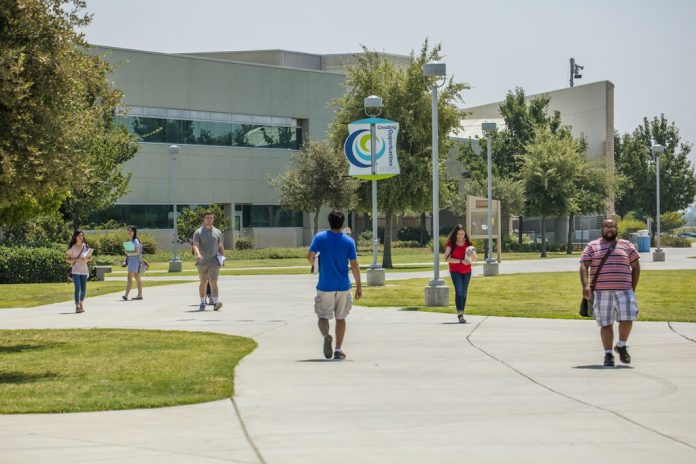 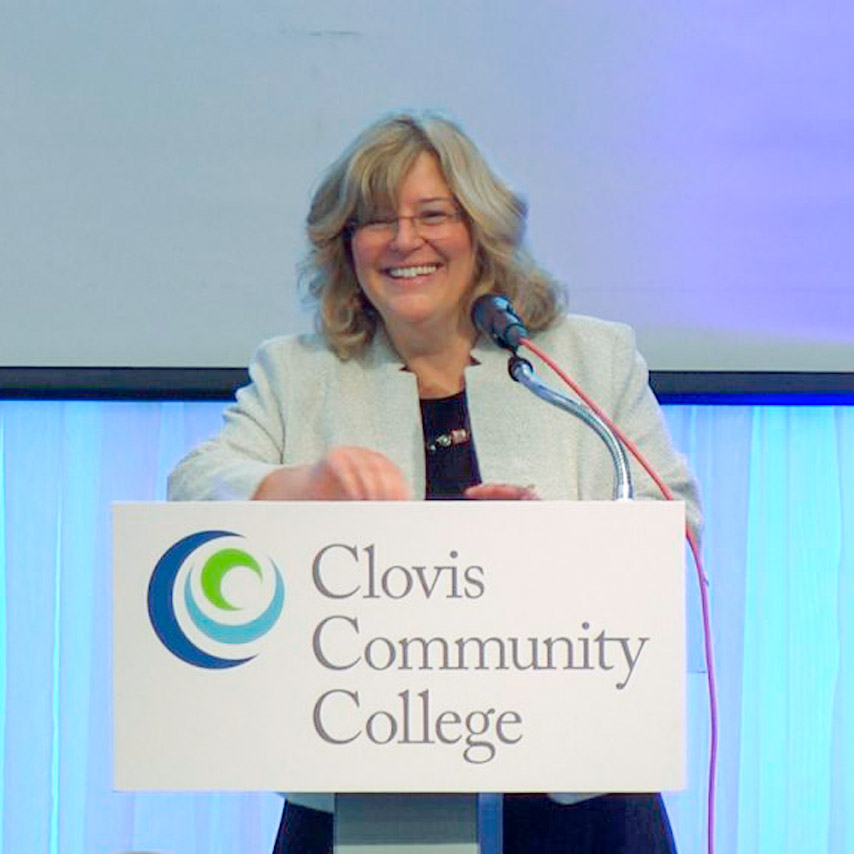 “Fewer units means our students are not stacking up lots of unnecessary units and courses on their way to degree completion. Our motto is, we get ’em in, and we move ’em on.”
— Clovis Community College President Lori Bennett
A new academic building that got funding in this year’s state budget will help provide much-needed space for a college that’s starting to burst at the seams, she said.
Clovis College will be able to expand its STEM — science, technology, engineering and math — pathways and student services in the new building, Bennett said.
“Over the last four years we’ve more than doubled the number of degrees and certificates available to our students, starting new programs like environmental science and social justice,” she said.

A Home For Career Tech

The $96.1 million Applied Technology Center will house career technical education programs and is being built in two phases. The first building will be 66,000 square feet and cost $51.4 million, of which $26.1 million is from Proposition 51 funding, officials said. Construction will begin in 2022, and the building is scheduled to open in late 2023 to early 2024.
“Initially the funds were not included in the state budget released in January 2019,” college spokeswoman Stephanie Babb told GV Wire later Tuesday. “However, with the advocacy of local elected officials at the local, county and state levels and community leaders, the funds were included in the May revise and signed by the governor.”
Proposition 51, approved in 2016, allows the state to sell bonds totaling $9 billion for new buildings and improvements of facilities at K-12 schools and community colleges.

State Center Community College District is applying for state matching funds for the Applied Technology Center’s second phase.
Measure C, the bond measure approved by State Center Community College District voters for local projects in June 2016, will provide $70 million for the project’s two phases.
Some Clovis College students are going straight into the local workforce, while many others are moving on to complete their four-year degree, Bennett said.
The college is No. 1 in the Central Valley and the state in the rate of students going to UC and CSU campuses per 1,000 students, No. 1 in the Central Valley for students completing their transfer-level math and English in their first year, and No. 1 in the state for associate degrees earned with the smallest amount of accumulated units.
“Fewer units means our students are not stacking up lots of unnecessary units and courses on their way to degree completion,” she said. “Our motto is, we get ’em in, and we move ’em on.”

Going to Their Neighborhood College

Bennett provided some statistics about the college’s student body: 65% are Clovis Unified graduates, 51% are from Fresno and 32% are from Clovis, and 90% plan to transfer to a four-year university after earning their associate degree, compared to 66% for the state’s community colleges on average.
Clovis College also has embarked on a number of community partnerships, Bennett said: the Fresno County DRIVE Initiative, the Math Alignment Project with Clovis East High School, education pathways with university partners “to increase the pipeline of future teachers,” and a pre-pharmacy pathway agreement with California Health Sciences University.
“The program began a few years ago with one or two students participating, but this year I understand there are about 16 Clovis Community College graduates attending California Health Sciences University’s Pharmacy Program,” Bennett said.