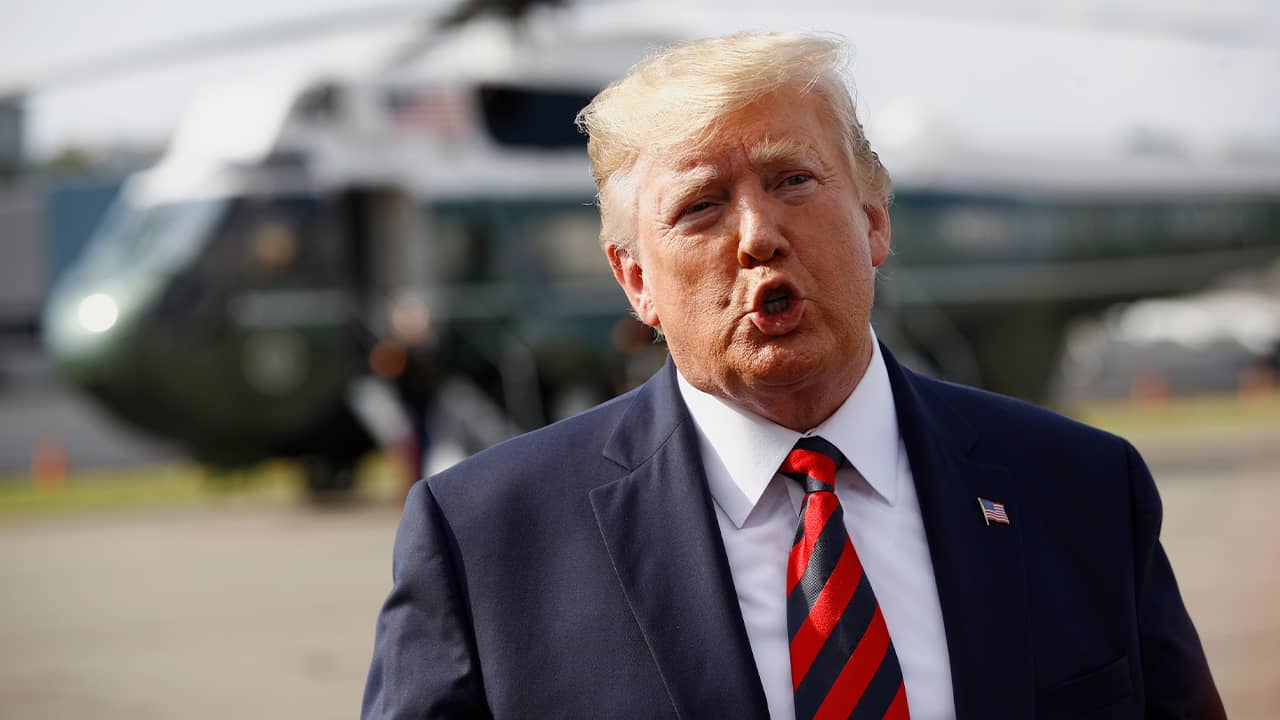 NEW YORK — The one constant with President Donald Trump’s increasingly frequent attacks on Fox News has been the network’s refusal to respond, even as the president complains that “Fox isn’t working for us anymore.”
In recent days, however, some Fox personalities like Bret Baier, Juan Williams, and Brit Hume have ceased looking the other way.
Fox is stocked with pro-Trump commentators like Sean Hannity, Jeanine Pirro and Laura Ingraham, and the president is a frequent viewer. He speaks up when he sees things that displease him, with news anchor Shepard Smith, chief White House correspondent John Roberts, commentator Williams, contributor Donna Brazile and network pollsters all targeted this summer. He groused Wednesday that news anchor Sandra Smith offered “zero pushback” in an interview with Democratic communications director Xochitl Hinojosa.
One tweet Wednesday cut to the very heart of the network’s existence.
“The new Fox News is letting millions of great people down,” he wrote. “We have to start looking for a new News outlet. Fox isn’t working for us anymore.”

….I don’t want to Win for myself, I only want to Win for the people. The New @FoxNews is letting millions of GREAT people down! We have to start looking for a new News Outlet. Fox isn’t working for us anymore!

Fox’s official response? There was none.
Current Fox executives declined comment for this story. They’re not necessarily alone; NBC News doesn’t respond to tweets, either. Some who’ve heard the president’s complaints liken it to a basketball coach “working the refs,” and the best stand stoically while getting an earful. There’s a concern that responding just gives Trump’s commentary more attention, and that Twitter attacks are simply the white noise of this administration.

The calculus is also different at Fox because that’s where many Trump supporters gravitate. If their favorite politician is perceived as being under attack by their favorite network, how would those viewers react? Trump didn’t like questions posed by Fox’s Megyn Kelly during a 2015 debate, and boos rained down upon her when she later appeared before a live audience gathered for a Hannity telecast.

‘Those Attacks Are a Step Down From the Blitz’

Fox News is routinely the most watched cable network, with an average of 2.33 million viewers in prime time last week.
Williams is among the few at Fox to directly answer a Trump attack through a column he wrote this week for The Hill. Trump last week called Williams “pathetic,” ”nasty” and “wrong,” yet “he couldn’t be nicer as he asked to take a picture of him and me for his family.”
Williams said that when Trump was a candidate, he and Fox’s Ed Henry ran into him in the lobby of the network’s Manhattan headquarters. A Fox maintenance man asked if he could get a picture with Trump, and Williams took it. The man then offered to reciprocate by taking a picture of Williams and Trump; Williams said he never asked for it or brought his family into the conversation.
When he was a Washington Post reporter covering Mayor Marion Barry’s administration, Williams’ house was broken into and his wife found a butcher knife left on their bed. He was fired by National Public Radio for a commentary after Sept. 11, 2001, when he said he was nervous about getting on planes with Muslims.
“Those attacks are a step down from the blitz” launched by Trump’s supporters after the president’s tweet, he said.
Baier, on his show last week, defended Fox’s pollsters from attacks. “Fox has not changed,” Baier said. “We have a news side and an opinion side.”
After one hostile tweet, Smith addressed one viewer Wednesday by looking at the camera and saying, “Good afternoon, Mr. President. It’s nice to have you with us.”

Silence Sends a Message of Its Own

To a certain degree, responses like Baier’s make a network comment unnecessary, Conant said. Fox can also perversely benefit from certain Trump attacks — they make the point that there’s more to the network than Hannity’s unabashed love, he said.