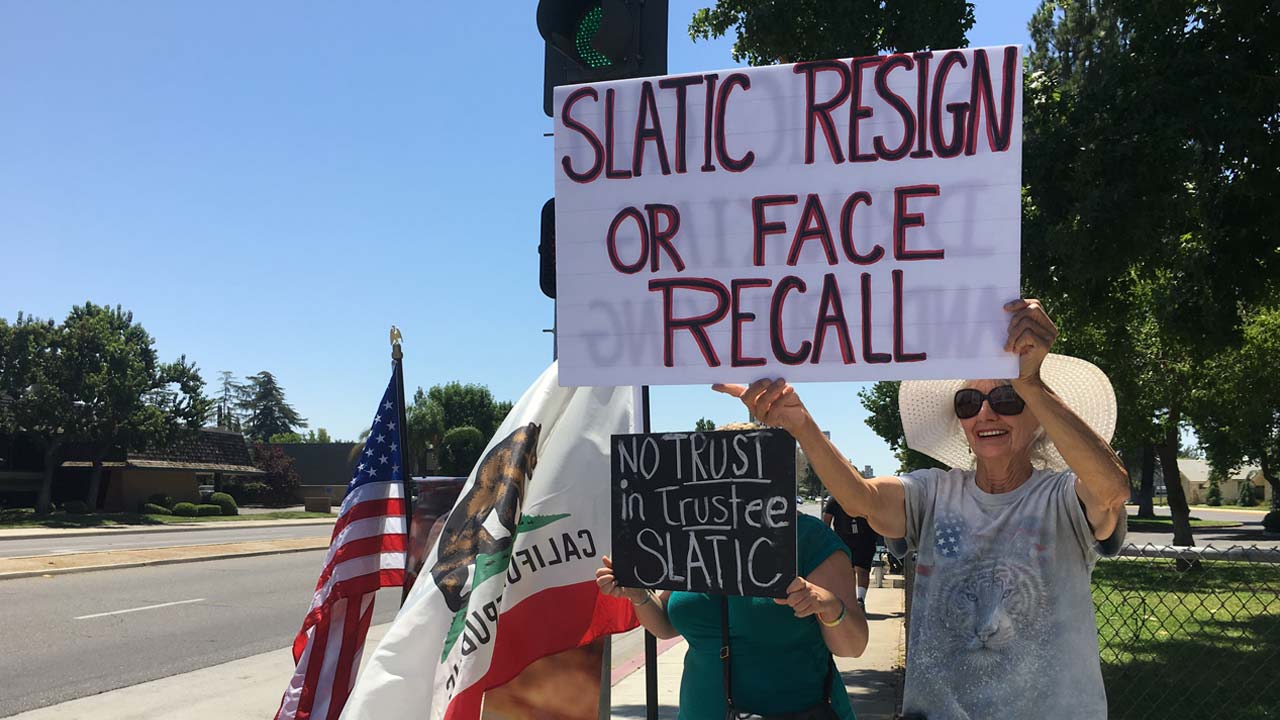 Despite much talk, as of this week no group has started the process to recall Fresno Unified trustee Terry Slatic.
By design, the process isn’t easy.
Slatic has been at the center of several high-profile incidents since he took office in December. His colleagues on the school board will vote whether to censure him at an Aug. 7 meeting.

The district released two investigations that found Slatic may have violated board policies. These involved arguments with an Army recruiter and a wrestling coach in separate incidents.
This came after a July meeting Slatic had with the Bullard High School cheerleading team that upset many residents. Slatic came off as a bully and threatening, according to those upset with him. Slatic said he spoke with the cheerleaders after reports of internal team problems regarding two team members involved in a blackface social media post earlier this year.
The school board held a special July 18 public meeting to discuss Slatic’s encounter with the cheerleading team.
Many speaking at the meeting wanted to Slatic to resign. He said that he wouldn’t. There also was the talk of recalling Slatic — including from fellow trustee Veva Islas, who said as much on the dais. Trustee Keshia Thomas told CBS 47 the same.
Thomas reiterated her support of Slatic’s recall to GV Wire.
Asked about whether he would heed the calls for him to resign after that July meeting, Slatic said “No. Not in a million years. If the voters don’t want me here, I will happily go back into retirement. Because I came out of retirement to fix this dysfunctional school district.”

To recall Slatic, organizers would have 120 days to gather approximately 7,359 signatures of registered voters in the Bullard High School region. If that quest succeeds, a special election would take place three to four months after the signatures have been certified, and the school board officially calls for the election.
The number of signatures needed is based on the required 20% of the registered 36,795 voters (as of Feb. 2019) in Fresno Unified’s District 7.
A recall election has two parts. The first question asks whether the elected officer should be removed from office. If a majority of voters say yes, the officeholder is recalled.
The second part of the ballot lists potential replacements. The candidate with the most votes would become the new trustee. Voters can choose a name on the second part even if they vote no on the recall.
Recall candidates have to be a registered voter at least 18 years old, a citizen of California, and live in the district.

There are additional requirements before recall proponents can gather signatures. The process, described in a 50-page document from the county clerk’s office, starts with a notice of intention.
It could take more than a month for the notice to be properly filed, served, and worded. Any failure could delay the pre-recall process.
Costs for the recall are borne by those seeking it. The school district would be in charge of costs related to verifying signatures and conducting the election.

Watch: Slatic Gives His Side