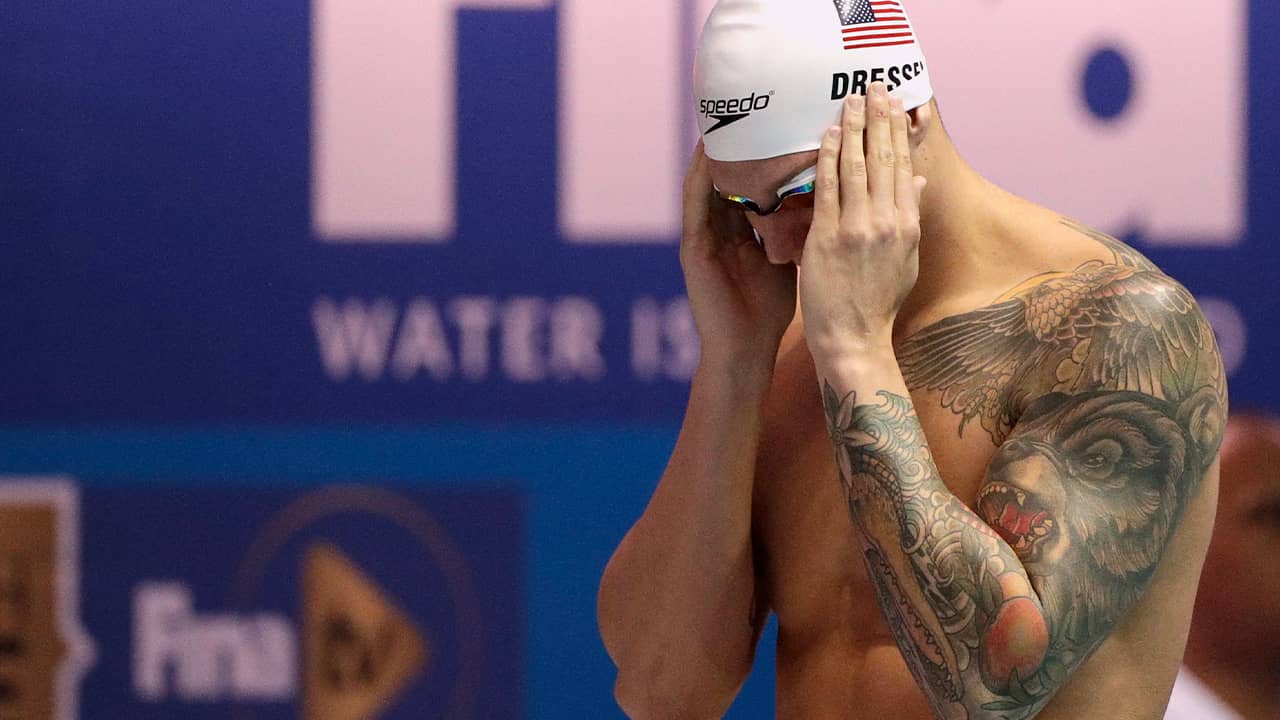 GWANGJU, South Korea — Caeleb Dressel broke Michael Phelps’ world record in the 100-meter butterfly on Friday at the world swimming championships.
The American won his semifinal heat in 49.50 seconds — 0.32 seconds better than Phelps’ mark set at the 2009 world meet in Rome at the height of the high-tech suit era.
Dressel was out in 22.83 seconds — 0.53 seconds under Phelps’ pace — and came home in 26.67 to lead eight men into Saturday’s final.
He was a whopping 1.44 seconds ahead of Andrei Minakov of Russia, the second-quickest qualifier.
It’s the second world record of Phelps’ to fall at this year’s worlds. Kristof Milak of Hungary won the 200 fly in 1:50.73, bettering Phelps’ mark of 1:51.51 also set in Rome.

There's No Place Like Home for 'The Brady Bunch'