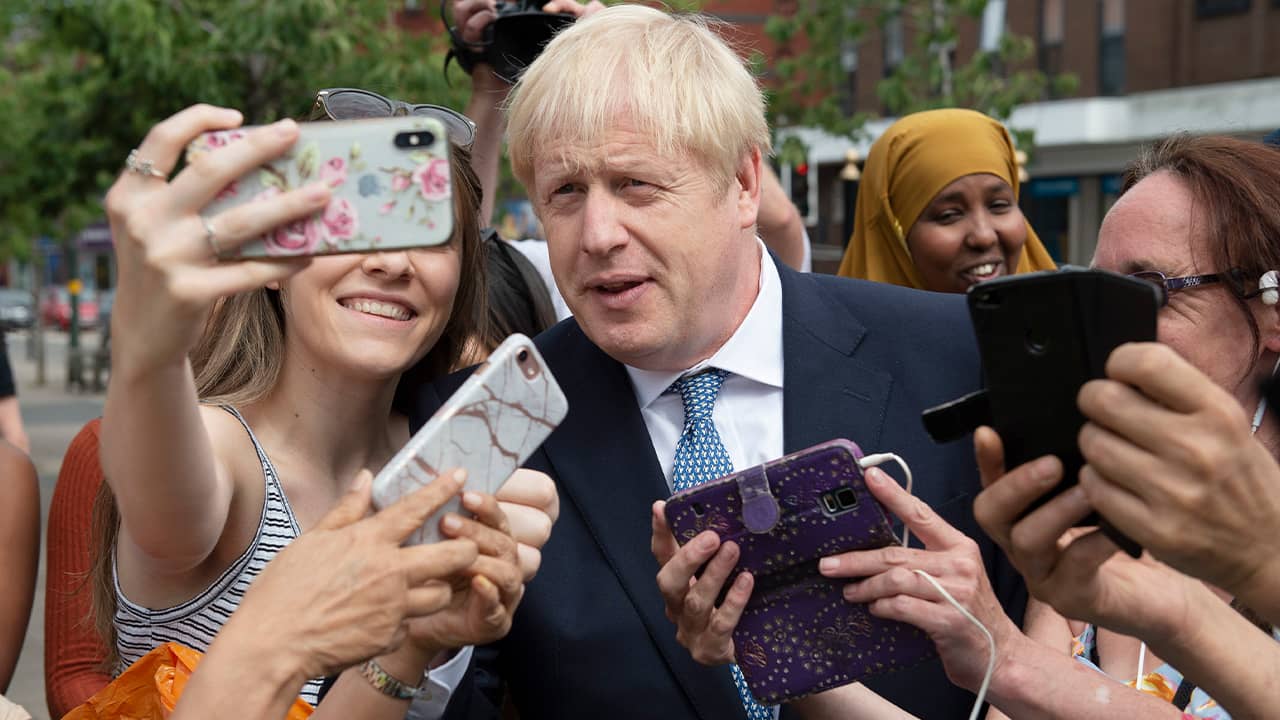 LONDON — With Britain’s departure from the European Union due in less than 100 days, new Prime Minister Boris Johnson is a man in a hurry. But he’s not rushing off to Brussels.
The U.K. leader has no meetings scheduled with EU officials. Instead, he was in central England on Friday, talking about his promise to recruit 20,000 more police officers. In the coming days he’ll speak on other aspects of a packed domestic agenda that looks suspiciously like an election platform.
Britain’s next scheduled election is three years away, but signs suggest Johnson may be preparing for a snap poll within weeks or months to break the Brexit impasse that defeated his predecessor, Theresa May. She resigned after failing, three times, to get Parliament’s backing for her divorce deal with the EU.

Johnson won a contest to replace her as Conservative leader and prime minister by promising that the U.K. will leave the 28-nation bloc on the scheduled date of Oct. 31, with or without a divorce deal.
But Tim Durrant, senior researcher at the Institute for Government, an independent think-tank, said Johnson “has exactly the same parliamentary arithmetic to deal with as May” — no overall House of Commons majority and a set of lawmakers who so far have rejected all attempts to leave the EU either with or without a divorce deal.

Johnson Said He Wanted Britain to Leave the EU

“He is clearly positioning himself as the person to get Brexit done, and the way to change the parliamentary arithmetic is to have an election,” Durrant said.


“He is clearly positioning himself as the person to get Brexit done, and the way to change the parliamentary arithmetic is to have an election.” — Tim Durrant, senior researcher at the Institute for Government
Johnson says an election isn’t his priority, which is a long way from ruling it out.
In the House of Commons on Thursday, Johnson said Britons had had multiple chances to vote recently, with two elections and an EU membership referendum in the past four years.
“The people of this country have voted in 2015, 2016 and 2017, and what they want to see is this Parliament delivering on the mandate that they gave us” to leave the EU, he said.
Laying out his priorities in his first Commons statement as prime minister, Johnson said he wanted Britain to leave the EU with a deal. But he also insisted the EU make major changes to May’s spurned withdrawal agreement, including scrapping an insurance policy for the Irish border that has been rejected by U.K. lawmakers.
The EU, which has long said it will not change the agreement, called Johnson’s stance combative and unhelpful.

There’s a Logic to Johnson’s Moves

Irish Deputy Prime Minister Simon Coveney said Friday that Johnson was putting himself on a “collision course” with the bloc.
“The approach that the British prime minister seems to now be taking is not going to be the basis of an agreement,” he said. “And that’s worrying for everybody.


“The approach that the British prime minister seems to now be taking is not going to be the basis of an agreement. And that’s worrying for everybody.” — Irish Deputy Prime Minister Simon Coveney
“From a Brexit negotiating perspective, it was a very bad day yesterday.”
From a British political perspective, however, there’s a logic to Johnson’s moves. University of Nottingham politics professor Steven Fielding said the prime minister was preparing to blame Brussels if the Brexit talks fail and Britain faces a disruptive no-deal exit.
“The most likely scenario is Boris goes off to Brussels, Brussels says no, Boris says ‘Brussels is dictating to us. We want to do a deal but they won’t let us do a deal,'” Fielding said. “Ramping all of that up and then saying, ‘Come and support me on the road to our glorious Brexit’ — and call an election.”
Fielding said “it makes more sense for him to go to the country before Brexit than after” because of the potential upheaval that could follow a no-deal exit.
Economists warn that leaving the bloc without an agreement on terms would disrupt trade by imposing tariffs and customs checks between Britain and the bloc. The British government’s financial watchdog says that could send the value of the pound plummeting and push the U.K. into recession.

Johnson Is Making a Plethora of Promises

British election campaigns last five weeks, so Johnson would have to act in September if he seeks a vote before Oct. 31.
A snap election needs to be backed by two-thirds of lawmakers in the House of Commons — a threshold that would likely be reached, since opposition parties are eager for one. Parliament does not return from summer break until Sept. 3, though lawmakers could be recalled early if needed.

Johnson’s first acts in office suggest he may well be laying the groundwork for a national vote. His senior adviser is Dominic Cummings, a formidable — and controversial — strategist who helped lead the Vote Leave campaign to victory in the 2016 EU membership referendum. The Conservatives have created dozens of campaign-style Facebook ads featuring the new leader.
And Johnson is making a plethora of promises that go well beyond Brexit: boosting police numbers, increasing school spending, improving internet speeds, even building electric planes.
Johnson has not given details of where the money would come from to pay for these plans, though he has threatened to withhold a payment of 39 billion pounds ($49 billion) as part of a Brexit divorce bill that May agreed to if there is no deal.

Johnson Has Some Advantages

Opponents say the money covers commitments the U.K. made while a member of the bloc, and must be paid in any event. European Union budget commissioner Guenther Oettinger was quoted Friday as telling the German daily Tagesspiegel that failure to pay “would threaten the credit standing of the United Kingdom.”
Early elections can backfire, as May found out in 2017 when she called a snap poll to strengthen her hand in Brexit talks, only to lose the Conservative Party majority in Parliament.
But Johnson has some advantages. The blustering populist is a better campaigner than the uncharismatic May. He faces an opposition Labour Party that’s demoralized and divided over whether to go through with Brexit or support staying in the EU. And he appears far readier than the fiscally cautious May to make expensive-sounding promises.
Fielding said prime ministers like Johnson “who are appointed without an election usually try to go for an early election.”
“He’ll want to have his own mandate,” Fielding said. It may be risky, but “he seems a bit of a gambler.”