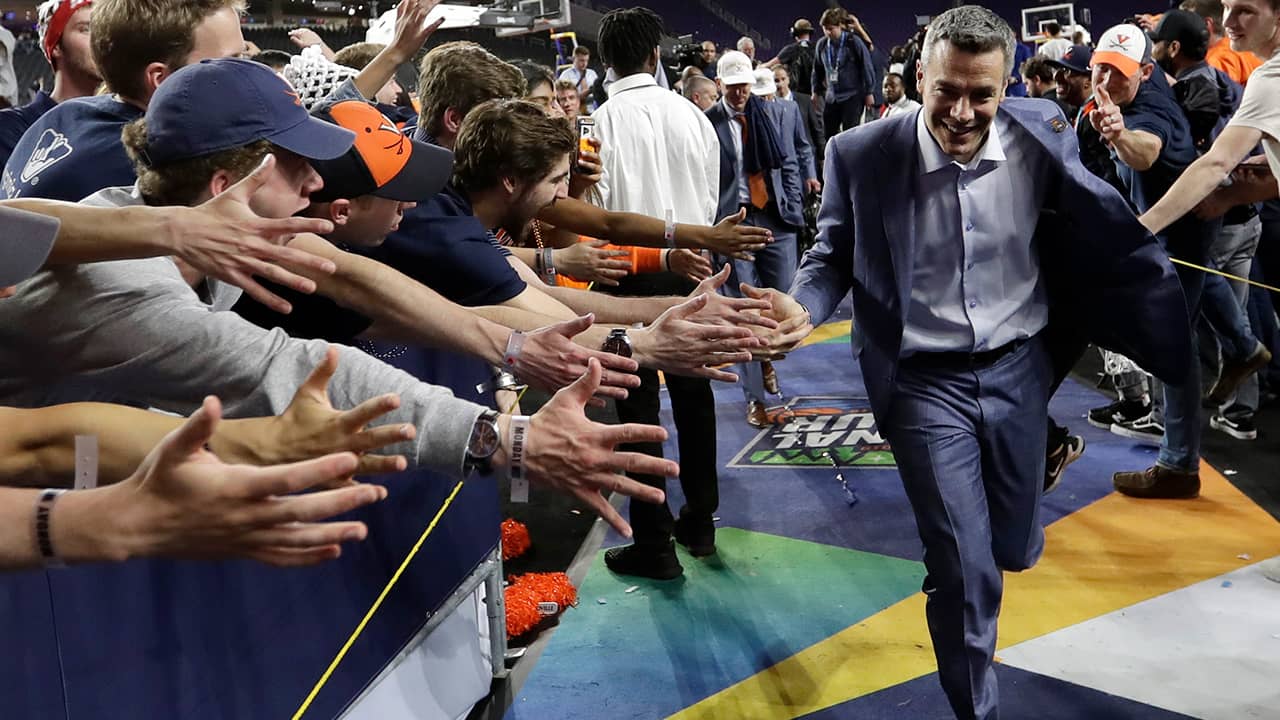 MINNEAPOLIS — Dick Bennett has a difficult time watching his son, Tony, coach Virginia. He rarely attends games.
“I’m not a model of decorum or poise,” said Dick Bennett, the former longtime high school and college basketball coach. “But I needed to be here.”

Tony Bennett Followed His Father as Head Coach in 2006

Dick Bennett sat behind the bench Monday night, trying to keep it together during Virginia’s latest nail-biter in the tournament. While he said he doesn’t coach along anymore, Bennett couldn’t help but point and signal for the Cavaliers to get back on defense a few times as Texas Tech responded to every Virginia run.
“I’d probably do that when I’m sleeping,” Bennett said.
Tony Bennett followed his father as head coach at Washington State in 2006, then moved on to Virginia in 2009. Slowly, fittingly, Bennett built up the program to one that could go head-to-head with Duke and North Carolina without a load of five-star recruits.
The only thing missing on his resume was a Final Four run, like his dad. Tony and Dick Bennett became the second father-son combination to coach in the Final Four, joining Georgetown’s John Thompson and John Thompson III.
In Bennett’s case, the son brought home the championship that eluded the father. Dick Bennett did not attend the Final Four game against Auburn on Saturday, another heart-pounding victory for Virginia. Tony Bennett said his father told him Monday he would show up for this one, but the son still wasn’t certain.
“I’m so glad he came to that last game,” Tony Bennett said. “Great to be able to share this stuff with your dad and family and his impact’s been huge on me.”
Not just on his son. Dick Bennett is practically the godfather of defense to a generation of basketball coaches.

Thrilled to Be There to Share His Son’s Joy

Bennett’s instructional video “Pressure Defense: A System” was a must-watch for coaches, said former St. John’s and New Mexico coach Fran Fraschilla.
Bennett’s teams played a more in-your-face man-to-man when he was at Wisconsin-Stevens Point, an NAIA school. When he got to Division I at Wisconsin-Green Bay, his teams didn’t have the athletic advantage.