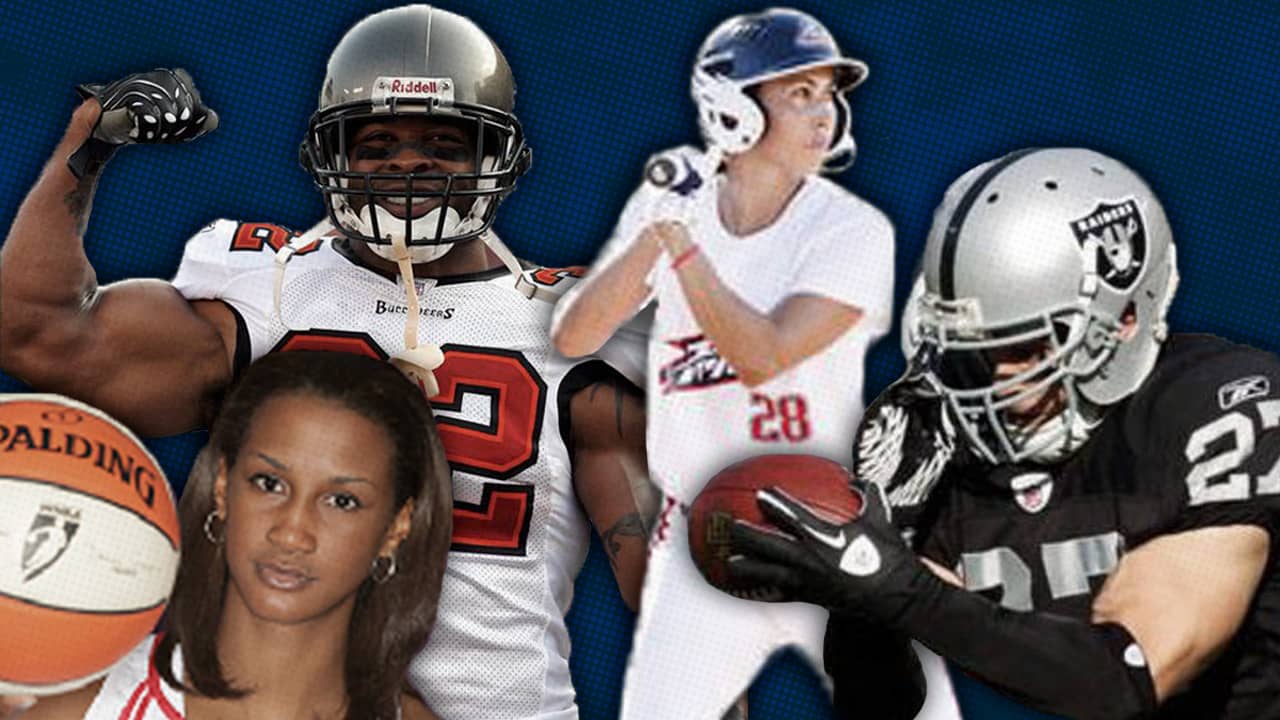 Giordano is the head football coach at his alma mater, Buchanan High School. Giordano helped the Bears win a Valley title in 2000. He is a nine-year NFL veteran who won a Super Bowl in 2007 with the Indianapolis Colts.
The 5-foot-11, 194-pound Giordano was well-known for his bone-jarring tackles. He played in 116 NFL games, starting 30, and recorded 11 interceptions, returning two for touchdowns.
After high school, Giordano won All-State honors as a freshman at Fresno City College and was a two-time all-conference selection. At Cal, he earned All-Pac-10 honors as a senior.

Pittman is the fifth-leading rusher in Fresno State football history with 3,017 yards. He played 11 seasons in the NFL and was a key player for Tampa Bay when it won the Super Bowl in 2003 under then-coach Jon Gruden.
The 6-foot, 218-pounder was a punisher runner and sure-handed receiver who totaled 10,385 all-purpose yards in the NFL, including 5,627 rushing yards. He scored 33 career touchdowns, 25 rushing and eight receiving.
Pittman, a New Orleans native, broke the 1,000-yard rushing mark twice (1996-97) at Fresno State.

Williams-Strong, a Fresno native, starred at USC and played eight seasons in the WNBA. The 6-foot-5, 170-pound center forward was a defensive specialist. She was a second-round draft pick by the Phoenix Mercury in 2000. In 2003, her all-star season, she averaged 9.8 points and 7.4 rebounds per game for Phoenix.

Led by head coach Jake Abbott and future major league pitcher Wade Blasingame, the 1960 Roosevelt American Legion baseball team won the California state championship and finished runner-up at the regional finals in Bend, Oregon. Abbott (1986) and Blasingame (1985) are enshrined in the Fresno County Athletic Hall of Fame as individuals.
John Alstrom, who was inducted into the Fresno County Athletic Hall of Fame as an individual in 1991, was one of nine players on the team that won the National Volleyball Association Championship in Detroit, Michigan.

About the Fresno Athletic Hall of Fame

To date, 338 individuals and 32 teams have been enshrined in the FAHOF, which was founded in 1958. The nonprofit organization will soon have a permanent home inside the Save Mart Center on the campus of Fresno State. Further information: www.fresnoahof.org.