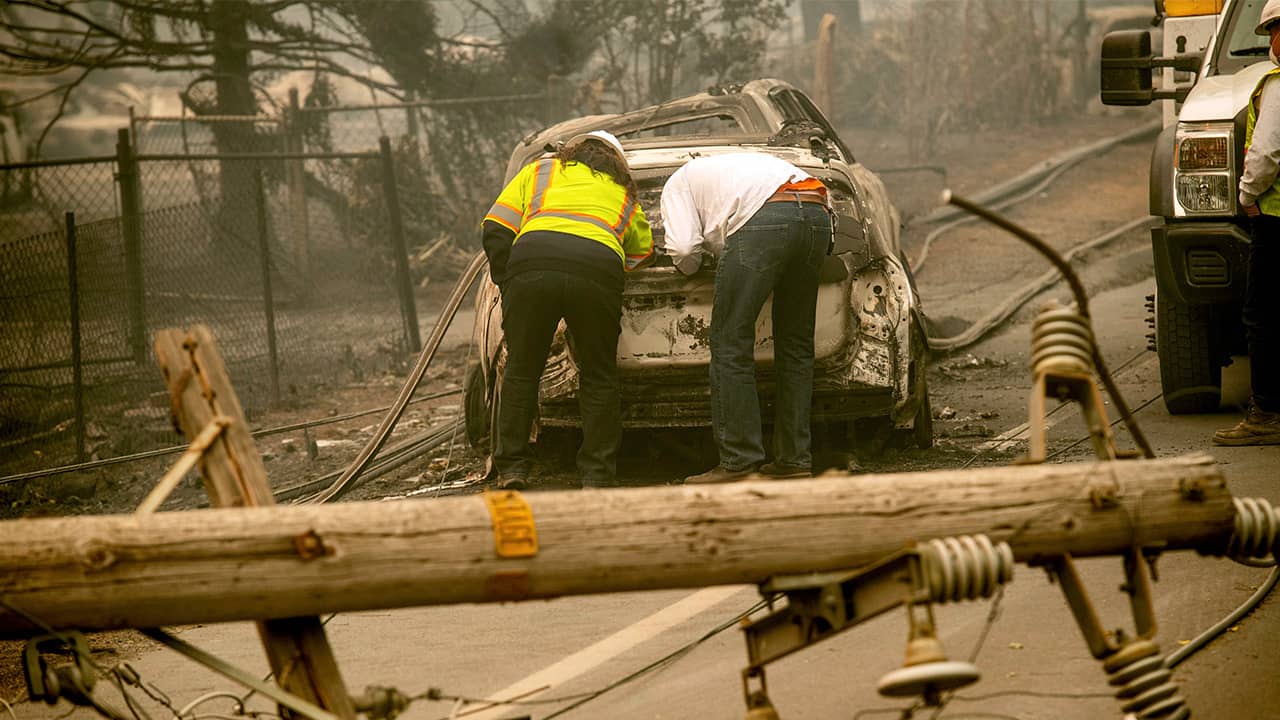 SAN FRANCISCO — Pacific Gas & Electric Corp., the nation’s biggest utility, filed for bankruptcy reorganization Tuesday in a bid to relieve itself of some of the billions of dollars in damages it could face as a result of California’s devastating wildfires.

The victims have little chance of getting punitive damages or taking their claims to a jury in a bankruptcy proceeding. Instead, they will have to compete with PG&E’s creditors, including bondholders, for a payout from the company.


Legal experts say the bankruptcy will probably take years to resolve and result in higher rates for PG&E customers. The company provides natural gas and electricity to 16 million people in Northern and central California.
Consumer activist Erin Brockovich, who took on PG&E in the 1990s, had urged California lawmakers not to let the utility go into bankruptcy because it could mean less money for wildfire victims.
PG&E faced additional pressure not to move forward with the bankruptcy after investigators said a private electrical system, not utility equipment, caused the 2017 wine country blaze that destroyed more than 5,600 buildings in Sonoma and Napa counties. Gov. Gavin Newsom’s office estimated that more than half of the roughly $30 billion in potential damages that PG&E said it was facing was from that fire.


Related Story: Will PG&E Customers Pay More in Bankruptcy? Not if Watchdog Can Stop It

Legal experts say the bankruptcy will probably take years to resolve and result in higher rates for PG&E customers. The company provides natural gas and electricity to 16 million people in Northern and central California.
A bankruptcy filing would not affect electricity or natural gas service but allow for an “orderly, fair and expeditious resolution” of potential liabilities from the wildfires, the company has said on its website.
PG&E would not speculate on any changes to customers’ bills, noting that the California Public Utilities Commission sets electric and gas rates.
PG&E also filed for bankruptcy in 2001 during an electricity crisis marked by rolling blackouts and the manipulation of the energy market. It emerged from bankruptcy three years later but obtained billions in higher payments from ratepayers.
Related Topics:bankruptcyCaliforniadamagesfinancial tollPacific Gas & Electric Corp.PG&Ewildfires
Up Next

How Muslims in Albania Saved Jews From the Holocaust