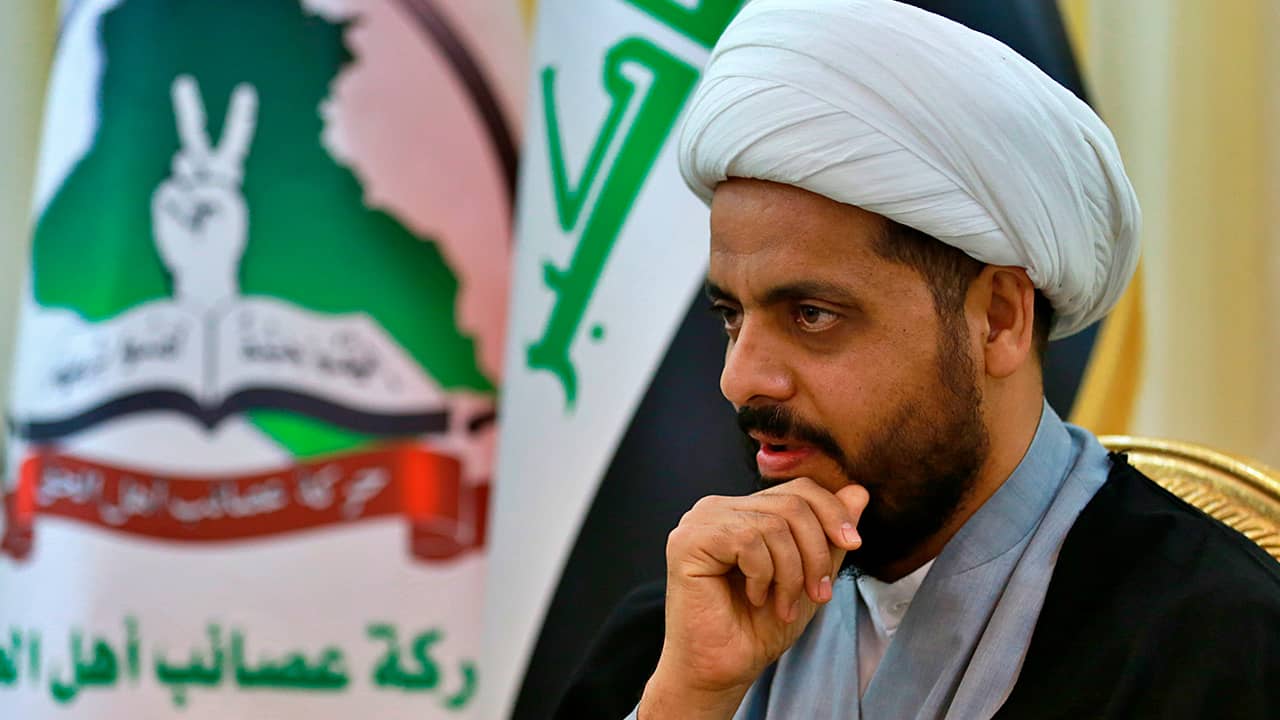 BAGHDAD — The leader of one of the most powerful Iranian-backed Shiite militias in Iraq said Monday that he expects a vote in the coming months by Iraq’s parliament calling for the withdrawal of U.S. troops, underscoring the jostling for power between Iran and the U.S. in this key Middle Eastern country.

Speaking out Against the Continued Presence of U.S. Forces

Now, after defeating IS militants in their last urban bastions, Iraqi politicians and militia leaders are increasingly speaking out against the continued presence of U.S. forces on Iraqi soil.
American forces withdrew from Iraq in 2011, but returned in 2014 at the invitation of the government to help battle IS after it seized vast areas in the north and west of the country, including Iraq’s second largest city, Mosul. A U.S.-led coalition provided crucial air support as Iraqi forces regrouped and drove IS out in a costly three-year campaign.
Iraqi politicians were angered when U.S. President Donald Trump visited American forces at a base in western Iraq without meeting with any Iraqi officials, a snub that added to calls for U.S. troops to withdraw.
Trump has said he has no plans to withdraw the 5,200 troops in the country and that Iraq could be used for U.S. airstrikes inside Syria after the U.S. withdraws its troops from that country.
Al-Khazali, whose forces are fighting in Syria alongside President Bashar Assad’s troops, said he was “certain and confident” there will be an Iraqi parliament vote calling for the withdrawal and regulation of U.S. forces in the country.
“If the main purpose for their presence is to confront the military danger posed by Daesh, then this threat is eliminated,” he said, referring to IS. “So what is the justification for keeping this number (of troops) now?”
He said a small contingent of advisers and trainers for logistical matters could stay on as determined by a joint committee that would specify their numbers and locations.

“Anything other than that will be considered an infringement on sovereignty by the Iraqi parliament, the Iraqi people and political factions, including ours, and we will not allow it,” he said.


“Anything other than that will be considered an infringement on sovereignty by the Iraqi parliament, the Iraqi people and political factions, including ours, and we will not allow it.” — Qais al-Khazali, the leader of the militant Shiite group Asaib Ahl al-Haq
Al-Khazali was jailed by British and U.S. forces from 2007 to 2010 for his role in the Shiite insurgency. His group has fought in major battles against IS in northern Iraq and in neighboring Syria’s civil war.
Al-Khazali ruffled feathers in late 2017 when he showed up at the Lebanon-Israel border along with members of Lebanon’s militant Hezbollah group, expressing support for the Lebanese and Palestinians against the Jewish state. His visit sparked harsh criticism from Lebanon’s prime minister at the time, who ordered him banned from entering the country.
Asaib Ahl al-Haq, which owns its own TV station, made significant gains in last year’s parliament elections, and al-Khazali is now represented by a 15-member bloc in parliament.
When asked about the increasingly frequent Israeli airstrikes targeting Iranian interests in Syria, al-Khazali said the two powers appear to be headed for a confrontation which could turn into a regional war. He said Iraq would only be drawn in if directly attacked by Israel.

“If the Israeli entity strikes targets inside Iraq, no matter what the pretext is, then Iraq as a sovereign state will defend itself and our response to the Israeli attack will be unlimited,” he said.
Al-Khazali also said if Israel were to attack Lebanon and Syria, and “in case they need our help,” then “personally, I will be the first to participate.”
Related Topics:airstrikeinvasionIraqIraqi officialsQais al-KhazaliUS Troops
Up Next