Sen Graham: Saudi Prince Must be "Dealt With" in Khashoggi Killing 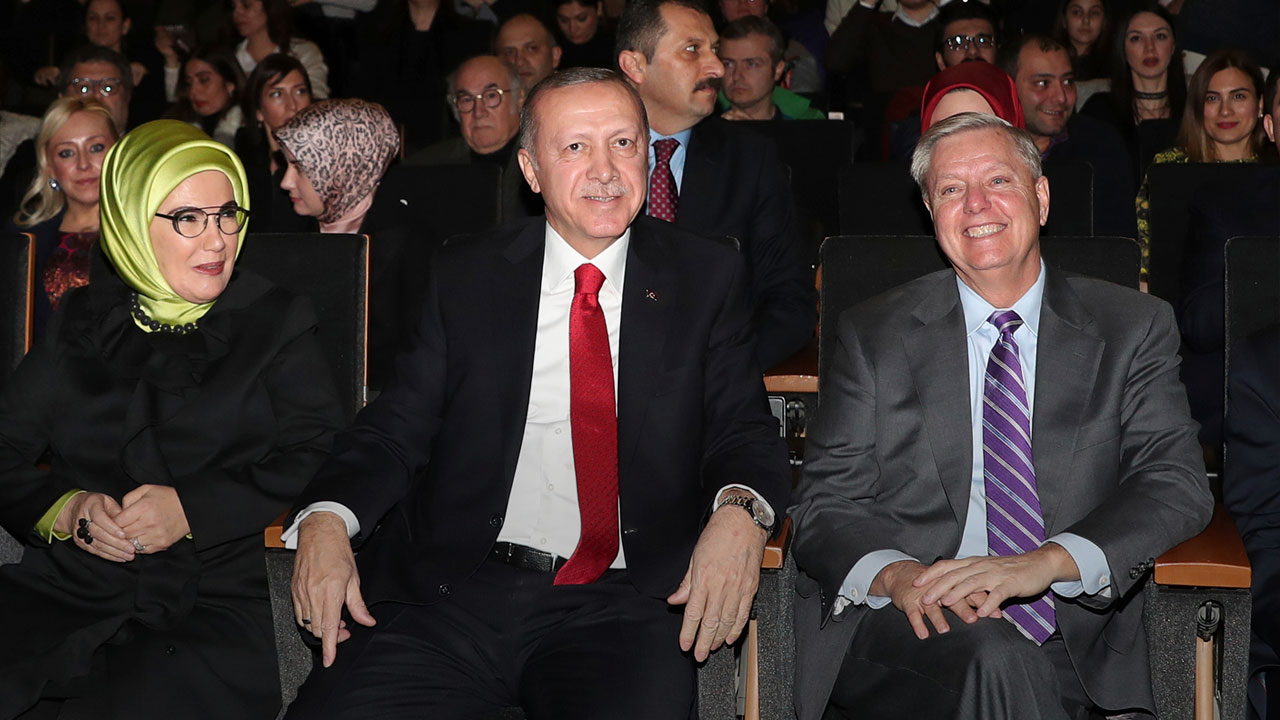 ANKARA, Turkey — Relations between the U.S. and Saudi Arabia cannot move forward until Saudi Crown Prince Mohammed bin Salman is “dealt with,” Senator Lindsey Graham said Saturday. Salman has been accused by some of complicity in the killing of Saudi journalist Jamal Khashoggi at the Saudi Consulate in Istanbul, Turkey, in October.
Graham spoke to reporters in the Turkish capital of Ankara a day after meeting with government officials. He did not elaborate on his comments.

Warning on U.S. Withdrawal from Syria

The Republican senator from South Carolina also said any plan to withdraw American forces from Syria should ensure that Islamic State militants are defeated, that Iran is contained and that Turkey is protected from threats from Kurdish rebels. A U.S. withdrawal that has not been thought through would lead to “chaos” and “an Iraq on steroids,” Graham warned, urging President Donald Trump not to get out without a plan.
Graham said the goal of destroying IS militants in Syria has not yet been accomplished.


Related Story: US Official Says Withdrawal From Syria Has Begun

“I am urging President Trump not to do what President Obama did, which is just to get out and not to understand what happens when you just get out,” he said.
Graham was referring to Obama’s decision to pull U.S. forces from Iraq in 2011, ending the occupation of the country since 2003. In 2014, Obama redeployed troops to Iraq at the invitation of the government to stop Islamic State militants from advancing on Baghdad. Some 5,200 troops remain in Iraq today and IS was defeated in its last urban stronghold only a year ago.

The senator added that the Turkish and U.S. defense chiefs were working on a plan to move Syrian Kurdish militia away from the border with Turkey, but did not provide further details.
A prominent voice on foreign affairs in the U.S., Graham met with Turkish President Recep Tayyip Erdogan and also held discussions with the foreign affairs and defense ministers and Turkey’s intelligence chief.
You Might Also Like:

Ilhan Omar, the Muslim congresswoman Saudi Arabia tried to smear, secures place on powerful House committee that could stop the US from selling arms to the kingdom. (Business Insider)