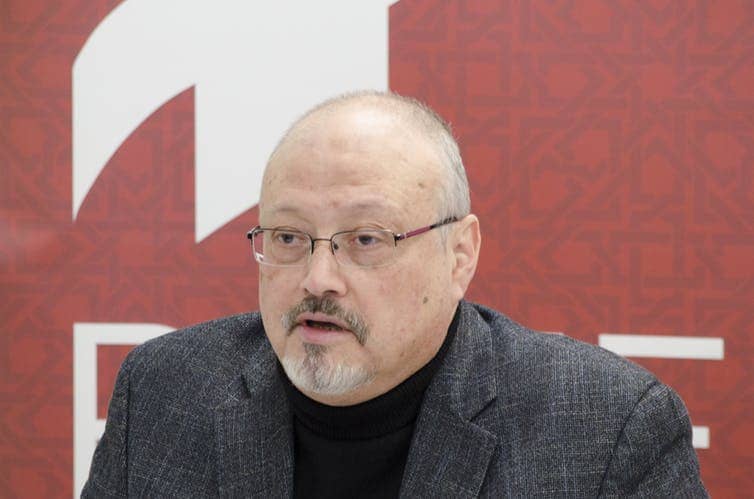 WASHINGTON — The Washington Post has published a new column by missing Saudi writer Jamal Khashoggi in which he warns that governments in the Middle East “have been given free rein to continue silencing the media at an increasing rate.”
The Post published the column Wednesday, more than two weeks after Khashoggi was last seen entering the Saudi Consulate in Istanbul and only hours after a gruesome account in Turkey’s Yeni Safak newspaper alleged that Saudi officials cut off Khashoggi’s fingers and then decapitated him inside the consulate while his fiancée waited outside. The Saudi government, including Crown Prince Mohammed bin Salman, has denied any involvement.


“These actions no longer carry the consequence of a backlash from the international community. Instead, these actions may trigger condemnation quickly followed by silence. As a result, Arab governments have been given free rein to continue silencing the media at an increasing rate.” — Jamal Khashoggi
In a note affixed to the top of the column, Post Global Opinions editor Karen Attiah said she received the essay from Khashoggi’s translator and assistant a day after he was reported missing. Khashoggi first began writing for the Post’s opinion section in September 2017, and his columns criticized the prince and the direction of the Saudi kingdom.

In the op-ed, titled “Jamal Khashoggi: What the Arab world needs most is free expression,” Khashoggi recounted the imprisonment of a prominent writer who spoke against the Saudi establishment, and cited an incident in which the Egyptian government seized control of a newspaper.
“These actions no longer carry the consequence of a backlash from the international community. Instead, these actions may trigger condemnation quickly followed by silence,” he wrote. “As a result, Arab governments have been given free rein to continue silencing the media at an increasing rate.”
President Donald Trump, who initially came out hard on the Saudis over the disappearance but since has backed off, said Wednesday that the U.S. wanted Turkey to turn over any audio or video recording it had of Khashoggi’s alleged killing “if it exists.” He has recently suggested that the global community had jumped to conclusions that Saudi Arabia was behind Khashoggi’s disappearance.
On Thursday, Trump acknowledged that it “certainly looks” as though Khashoggi was dead. The president threatened “very severe” consequences if the Saudis are found to have murdered him. His warning came as the administration toughened its response to a disappearance that has sparked global outrage. 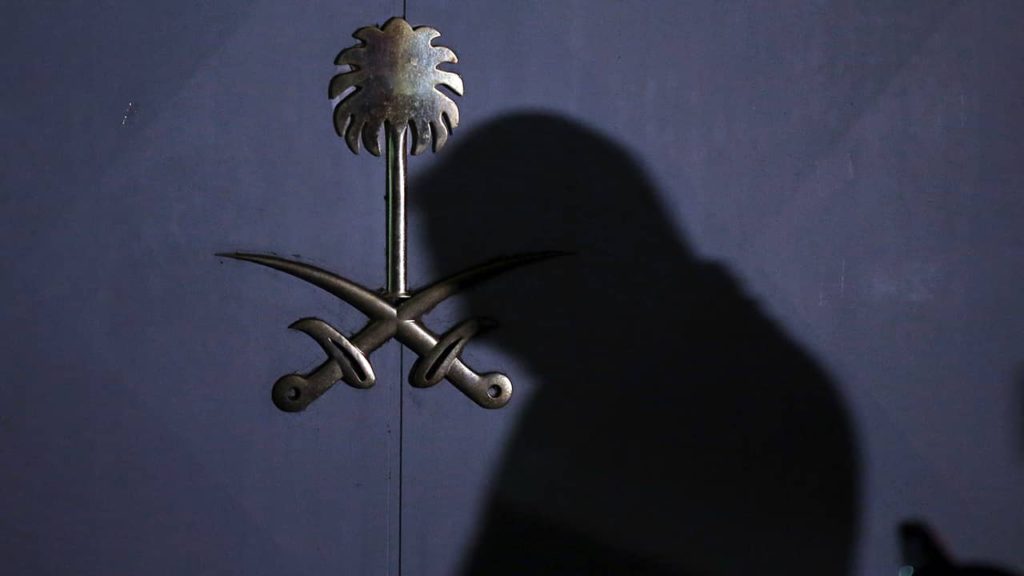 A Turkish forensic officer arrives at the Saudi consulate to conduct a new search over the disappearance and alleged slaying of Saudi writer Jamal Khashoggi, in Istanbul, early Thursday, Oct. 18, 2018. Pro-government newspaper Yeni Safak on Wednesday said it had obtained audio recordings of the alleged killing of Saudi writer Jamal Khashoggi inside the Saudi Arabia’s consulate in Istanbul on Oct. 2. (AP Photo/Emrah Gurel)

In the column, Khashoggi, a Saudi citizen who went into self-imposed exile in the U.S. over the rise of the crown prince, also discussed the practice of Middle Eastern governments blocking internet access to control tightly the information their citizens can see.
“The Arab world is facing its own version of an Iron Curtain, imposed not by external actors but through domestic forces vying for power,” Khashoggi wrote.


“The Arab world is facing its own version of an Iron Curtain, imposed not by external actors but through domestic forces vying for power.” — Jamal Khashoggi
He praised the Post for translating many of his columns from English into Arabic and said it’s important for Middle Easterners to be able to read about democracy in the West. He also said it’s critical that Arab voices have a platform on which to be heard.
“We suffer from poverty, mismanagement and poor education,” Khashoggi wrote. “Through the creation of an independent international forum, isolated from the influence of nationalist governments spreading hate through propaganda, ordinary people in the Arab world would be able to address the structural problems their societies face.”
The Post initially held off on publishing the column amid hope for Khashoggi’s return, Attiah said. But, she wrote, “Now I have to accept: That is not going to happen.”
She ended her note: “This column perfectly captures his commitment and passion for freedom in the Arab world. A freedom he apparently gave his life for. I will be forever grateful he chose The Post as his final journalistic home one year ago and gave us the chance to work together.”
Related Topics:crown princedecapitatedJamal Khashoggilast columnPresident Donald TrumpSaudi ConsulateWashington Post
Up Next