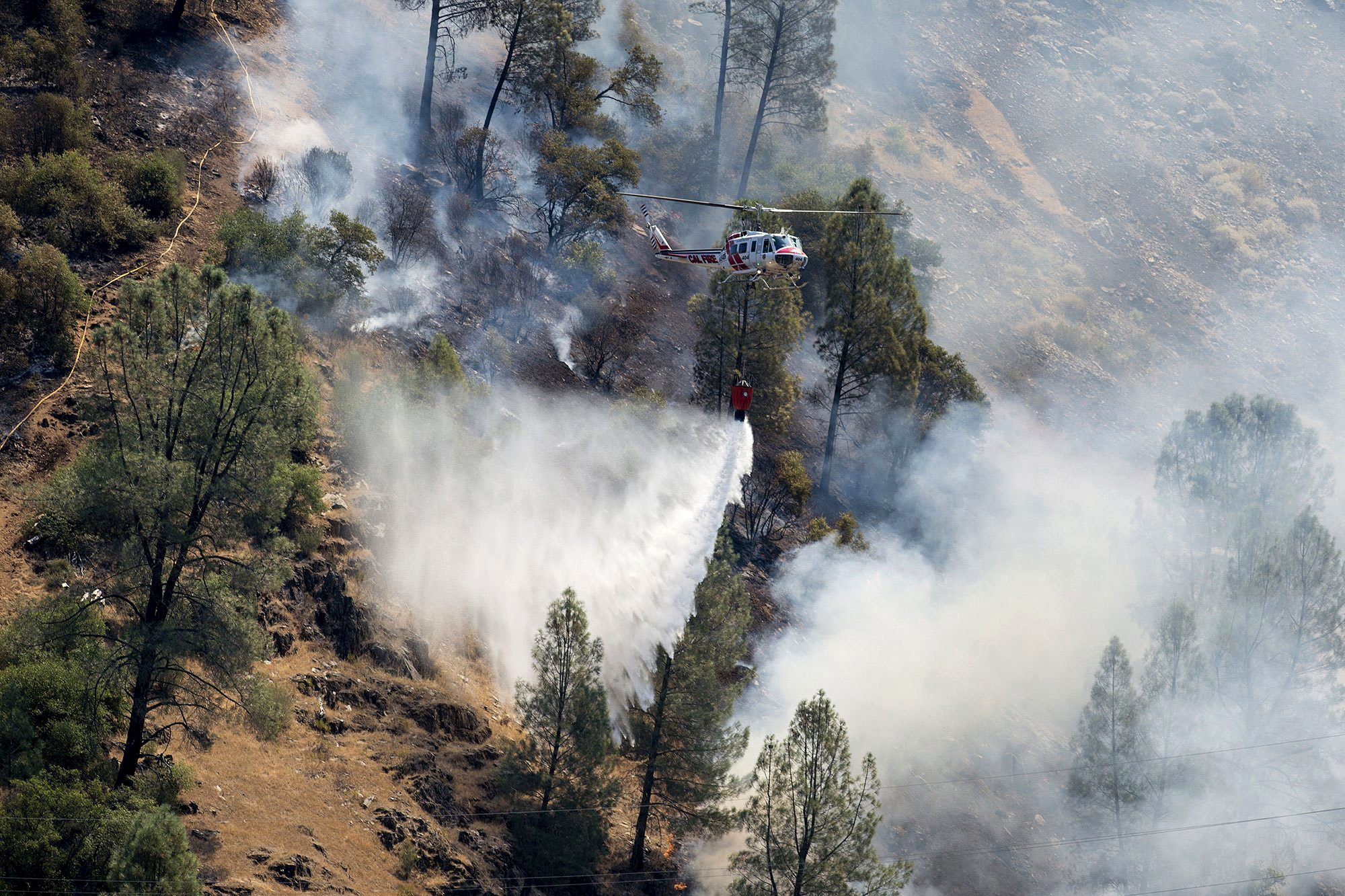 MARIPOSA — Firefighters battling the huge Ferguson Fire in the Sierra Nevada will face increasingly difficult conditions this week as a heat wave sets in.
Officials say the wildfire has scorched nearly 53 square miles of timber and brush west of Yosemite National Park, and 13 percent of its perimeter is contained Monday morning.
Yosemite National Park remains open, but Highway 140 through the Merced River canyon is closed. Highways 41 and 120 are open to the park.

The National Weather Service says a widespread heat advisory including the fire area will be in effect Tuesday afternoon through Thursday evening for high temperatures ranging from 103 to 108 degrees.
More than 3,000 firefighters are battling the fire, which broke out July 13.
One firefighter, bulldozer operator Braden Varney, died the following day and six others have been injured trying to protect mountain communities.
Thirteen areas are under mandatory evacuation orders.

Two firefighters, who were hospitalized Friday after suffering back injuries, have since been released and were expected to fully recover, fire spokesman Rich Eagan said.
Crews are contending with rugged terrain and sweltering temperatures, said Deputy Chief Scott McLean of the California Department of Forestry and Fire Protection.

A memorial service for Varney was today in Modesto.
You can view live-stream coverage of the event at this link. (Click on the archived footage at about the 24-minute mark. That when the memorial begins.)
A bereavement fund for Varney’s wife and two children has been set up at GoFundMe. As of 1:40 p.m. Monday, 626 people had contributed $73,580.

Tesla Stock Skids on Reports It Asked Suppliers for Refunds