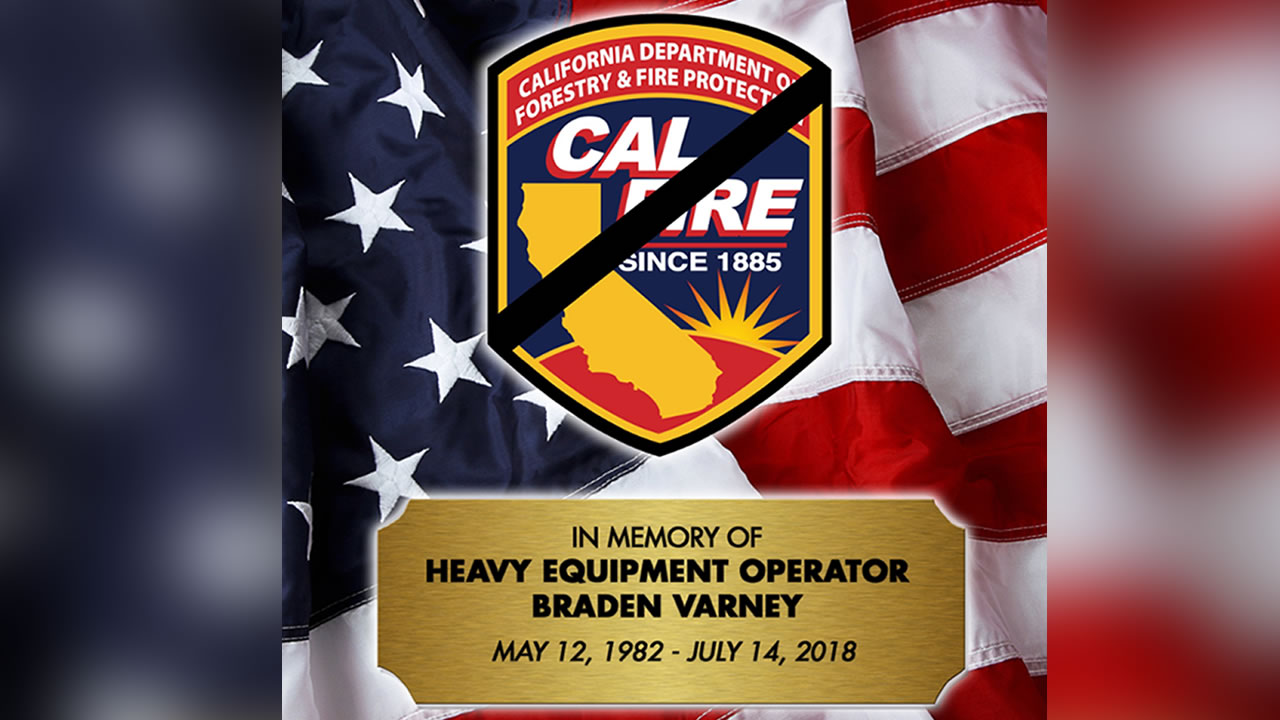 A second-generation California firefighter who was using a bulldozer to prevent a wildfire from spreading was killed Saturday near Yosemite National Park, state fire officials said.
Heavy Fire Equipment Operator Braden Varney, 36, died in the morning hours, the California Department of Forestry and Fire Protection said.


“Braden is known by everyone in Mariposa County and is a star in our community and is a friend of everyone.” — Mariposa County Sheriff Doug Binnewies
The Ferguson Fire broke out Friday night in Mariposa County, near the west end of Yosemite National Park and Sierra National Forest. Fire officials said Sunday it had burned about 4,000 acres.
Varney worked through the night and was driving the bulldozer to cut a firebreak to keep the fire from extending into a nearby community, according to fire chief Nancy Koerperich.

Investigators were working to determine further circumstances surrounding Varney’s death, but they believe he was working his way out of the fire area when he was killed, Koerperich said.
“This certainly is going to be devastating to his family and those of us who call him family here with CalFire,” she said. “But we all know in the world of firefighting it is a difficult job, it is a dangerous job, and Braden will be greatly missed.”
Varney had worked for CalFire for 10 years. His father also worked as a CalFire heavy equipment operator.

Survived by Wife, Son and Daughter

He is survived by his wife, Jessica, daughter Malhea, 5, and son Nolan, 3.
A GoFundMe account has been organized to support his family. You can access it at this link.
“Braden is known by everyone in Mariposa County and is a star in our community and is a friend of everyone,” Mariposa County Sheriff Doug Binnewies said.
The bulldozer rolled over during the incident and first responders weren’t immediately able to retrieve Varney’s body, Koerperich said.

Gov. Jerry Brown ordered flags at the Capitol to be flown at half-staff to honor “a man who dedicated his life to protecting his fellow Californians.”
Officials at Yosemite National Park said the wildfire had closed Highway 140 from Midpines to El Portal.
Power in Yosemite Valley was affected when lines were turned off while firefighters worked to quell the blaze.
Last year, state firefighter Cory Iverson died of burns and smoke inhalation while battling a wildfire in Ventura County. A preliminary state fire report said Iverson was laying hose line near a firebreak cut by bulldozers when he was surrounded by spot fires that exploded around him and cut off his retreat.

The blaze has scorched more than 6 square miles of dry brush along steep, remote hillsides on the park’s western edge. It was burning largely out of control, and officials shut off electricity to many areas, including Yosemite Valley, as a safety precaution. 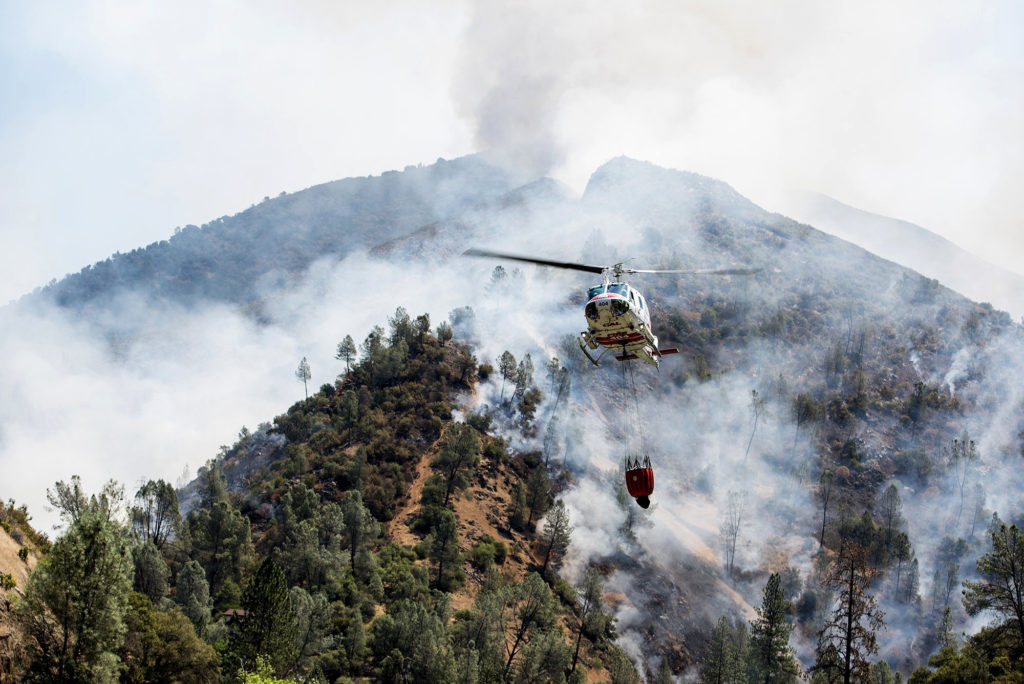 A helicopter gathers water from the Merced River to fight the Ferguson Fire along steep terrain behind the Redbud Lodge near El Portal along Highway 140 in Mariposa County, Calif., on Saturday, July 14, 2018. (Andrew Kuhn /The Merced Sun-Star via AP)

Some evacuations were ordered in rural communities, and people in lodges and motels near the park were told to be ready to leave if flames approach. A stretch of State Route 140 into Yosemite was closed, and motorists were urged to find alternate routes.
Spiking temperatures and the inaccessible terrain were making it difficult for crews to slow the flames, U.S. Forest Service fire Capt. Mike Seymour said.
Related Topics:Braden VarneyCalFireDeathfirefighterMariposa CountywildfireYosemite National Park
Up Next