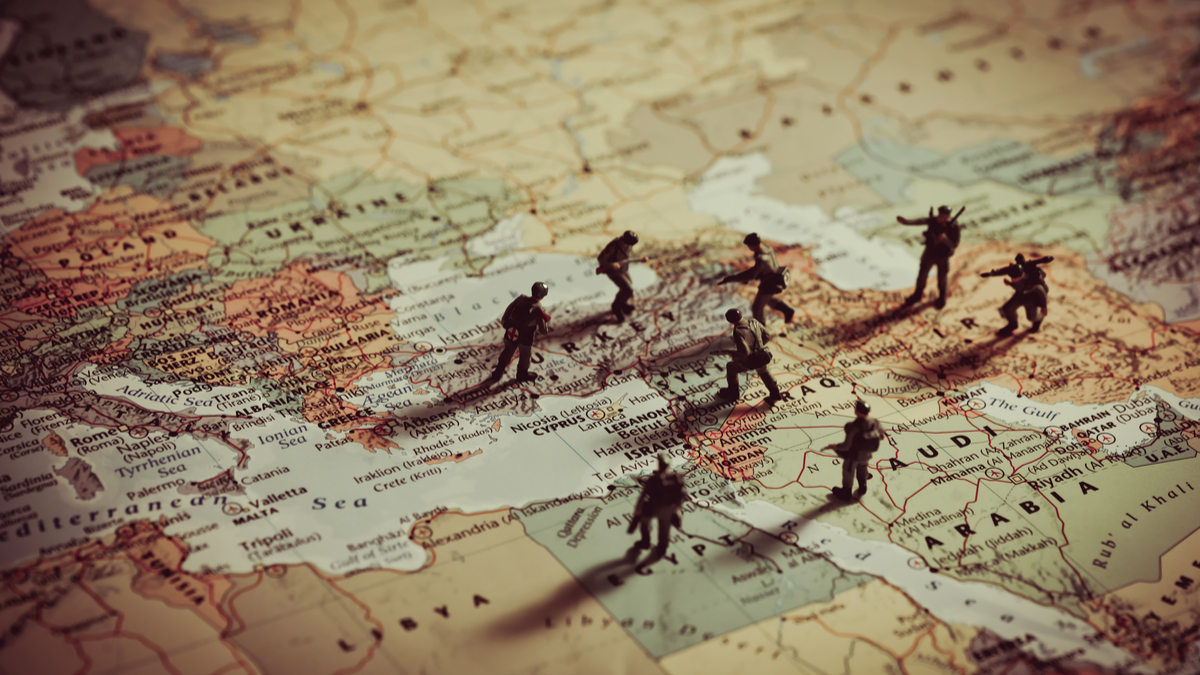 “What kind of a nation wants to be associated with the mass murder of innocent men, women, and children?” President Trump asked Russia and Iran after launching air strikes against the Syrian regime. “The nations of the world can be judged by the friends they keep.”

Despite his speechwriters’ best efforts, if there is one thing Donald Trump and Iran share it is an inability to be shamed. Over the last seven years no country has done more, financially and militarily, to back the Bashar al-Assad regime’s mass murder of Syrians than the Islamic Republic of Iran, a theocracy that claims to rule from a moral high ground. Within hours of joint American, French, and British targeted military strikes in Syria, Iranian president Hassan Rouhani called Assad to pledge his solidarity.
At a time of great economic hardship in Iran, Tehran has provided billions of dollars to arm, train, and pay tens of thousands of Arab, Afghan, and Pakistani Shia militants help Assad crush Sunni Islamist rebels. Tehran, the victim of heinous chemical weapons attacks by Saddam Hussein three decades ago, has provided Assad the means to deliver these same weapons, while simultaneously denying that he uses them. The question is why?

Tehran, the victim of heinous chemical weapons attacks by Saddam Hussein three decades ago, has provided Assad the means to deliver these same weapons, while simultaneously denying that he uses them.
Distilled to its essence, Tehran’s steadfast support for Assad is not driven by the geopolitical or financial interests of the Iranian nation, nor the religious convictions of the Islamic Republic, but by a visceral and seemingly inextinguishable hatred for the state of Israel. As senior Iranian officials like Ali Akbar Velayati, a close adviser to Supreme Leader Ayatollah Ali Khamenei, have commonly said, “The chain of Resistance against Israel by Iran, Syria, Hezbollah, the new Iraqi government and Hamas passes through the Syrian highway. … Syria is the golden ring of the chain of resistance against Israel.” So long as the 78-year-old Khamenei remains in power, this hatred will justify Tehran’s continued commitment of blood and treasure to support Assad’s use of all means necessary — including chemical weapons — to preserve his rule.
Karim Sadjadpour, Senior Fellow Middle East program, Carnegie Endowment for International Peace
Click here to read the rest of his opinion published in The Atlantic.

Counterpoint: Iran Is in Syria Legitimately. The U.S. Is Not.

Editor’s Note: The following appeared as a paid advertisement in The New York Times. It was written by Ardeshir Zahedi, a Shah-era Iranian ambassador to the United States. Zahedi lives in exile in Switzerland.
American Secretary of State Mike Pompeo’s statement on Iran was both bewildering and saddening. As the head of foreign policy of a great power, and previously as director of the CIA, he should be better informed about Iran, its people, and its history. 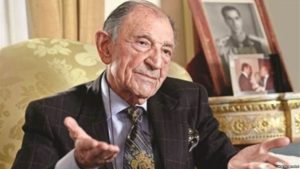 Bullying rarely succeeds and has never succeeded against the nation of Iran. Through the millennia of its history, my country has never stooped or bowed to foreigners and has always remained united in the face of adversity. Whatever their opinion of their current government may be, under outside threats, Iran’s noble people always stand together and help defend their homeland. History has quickly taught foreign aggressors to abandon their wishful thinking of crushing Iran. Cats will dream of mice. NO ONE WILL BE ABLE TO CRUSH IRAN.
With a territory of 636,000 square miles and a population of eighty-two million, Iran is not Iraq. Iran will be able to resist a foreign military attack. We should remember the case of Iraq. The war was based on forged documents and lies. The attack had neither the authority of morality nor of law. The outcome was massive death and devastation. Hundreds of thousands of innocents died, and many millions had their lives and futures completely destroyed. And financially, according to the U.S. President, seven trillion dollars was wasted. Are the brains of the State Department and CIA this ignorant of history?

Iran and the United States were introduced one hundred and sixty years ago and can again become friends.
Iran is denounced for interfering in Syria. What is not mentioned is that Iran is in Syria by the invitation of Syria, the legitimate government of a sovereign nation. It is the presence in Syria of secret armies from the U.S. and other Western countries that violates international law.
The continuous carnage, brutality and other atrocities against the civilian population of Yemen is not only a war crime but an attack on humanity. Can we ever forgive or forget this barbarity? On the 23rd and 24th of May, the primary story on BBC World Service was a heart-wrenching report which showed a Yemeni village wedding where women, men and young children were celebrating the marriage of a loved one. It was supposed to be one of the happiest days of their life. In an instant, a random Saudi air strike hits the village and kills twenty-two. Celebration is turned into lamentation. How can we ever justify the massacre of innocent children and the starvation and destruction of a country? What madness is responsible for this unprecedented tragedy? Is this twenty-first-century justice?
Iran and the United States were introduced one hundred and sixty years ago and can again become friends. The mention of the names of such high-minded Americans as Howard Baskerville, Morgan Shuster, Arthur Millspaugh, Arthur Upham Pope and Richard Frye still brings warm feelings to Iranian hearts.
Even if one of the signatories withdraws from the P5 + 1 nuclear agreement (Joint Comprehensive Plan of Action), it is still a valid and binding document. I pray that wisdom will triumph, and diplomatic maturity will prevail.
The social situation in Iran will undoubtedly evolve. I have great hope and confidence in the youth of Iran, whose character, intelligence and competence will shape the country’s future. I am happy and hopeful when I see that in the four corners of the earth, most experts on the region see reality more clearly and publicly defend the honor and rights of my noble Iranian brothers and sisters. I both appreciate and respect their views.
Ardeshir Zahedi (Montreaux, Switzerland)
May 25, 2018
Related Topics:Ardeshir Zahediatrocitieschemical weaponsIranKarim SadjadpourMike PompeoSyriaUnited StateswarYemen
Up Next