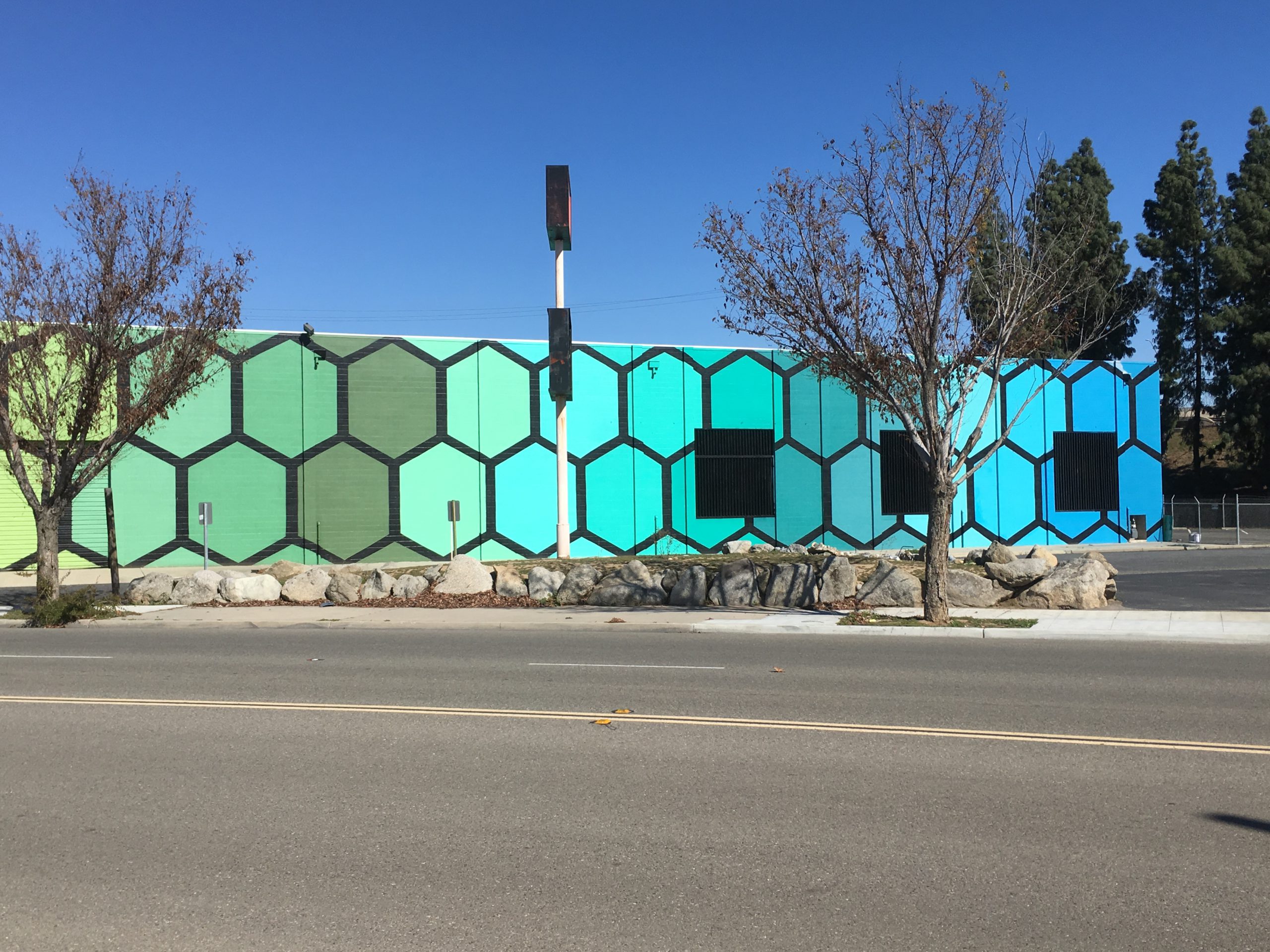 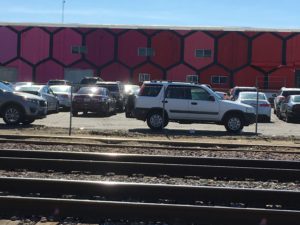 The red side of Bitwise’s building at 2600 Ventura Street in dowtown Fresno (photo: David Taub)

(Update, 3/08/18: This story now includes a quote from the artist.)
Motorists headed to downtown Fresno on Highway 41 may have noticed a stunningly painted building at 2600 Ventura Street.
The design is a tessellation of black-outlined hexagons. The patterns lie on top of a wash of colors, with each side different shades of the rainbow.
Local muralist Robert Amador began painting in February. Some of his other works can be found at the Iron Bird and Broadway Lofts. He is collaborating with fellow artist Josh Wigger.
“The title of the mural is ‘Beige Against The Machine’ as it is the antithesis to the beige buildings surrounding us. It isn’t finished just yet as we plan to wrap the entire building in color, but certain circumstances (equipment, weather) have kept us from moving as fast as we were when we started. We’re referring to it currently as the ‘instagram selfie wall’ as lots of people have stopped by to take photos in front of wall sometimes while we’re working just a few feet away,” Amador tells GV Wire.
At one point, Fresno County leased the warehouse to store physical records. The building also, at one time, housed the corporate headquarters of Berven Rugs.
Bitwise purchased the 48,902 square-foot building last year for $2.75 million. One company official describes the mural, surrounding all sides as a “beehive of activity.”
As to what Bitwise plans for the location, they are keeping quiet. They say to wait until April 1.
Related Topics:beehiveBerven RugsBitwiseCaliforniaFresnoJake SoberalmuralsRobert Amadortessellations
Up Next