Darius Assemi: Next Fresno mayor must address these critical needs 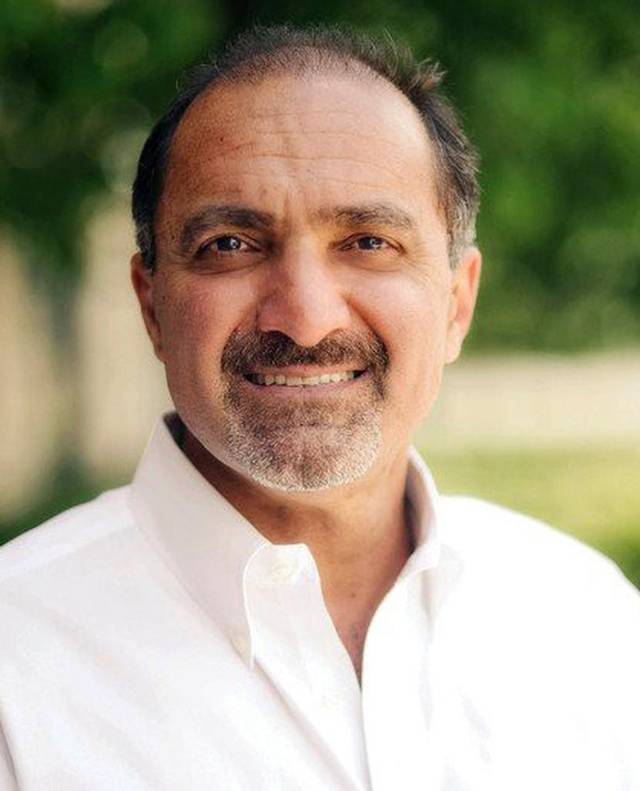 Fresno’s major issues for the next mayor include crime, poverty, water, education

Clovis and Visalia are examples of cities known to welcome businesses, and Fresno should learn from

Our city has become handicapped in many ways, and we are falling behind our neighbors. In May 2015, Gallup named Fresno out of the 100 largest cities nationwide the city where people are least likely to feel safe. The Brookings Institution ranked Fresno 93rd out of 100 major cities nationwide in prosperity growth from 2009 through 2014.

This year, whether it be in the June 7 primary or the Nov. 8 general election, we will choose a new mayor who must collaborate with neighboring cities, mayors and agencies to make us a regional powerhouse.

Mayor Jim Patterson oversaw a 64 percent increase in the size of our police force. As a result, the murder rate in Fresno decreased by 70 percent over a six-year period and Fresno was recognized as an All-America City in 2000.

Mayor Alan Autry, among other accomplishments, hired 90 new officers through a federal grant program and broke ground on a new police training facility by the end of his term.

Mayor Ashley Swearengin campaigned during the recession of 2008 and took office in January of 2009. Since then Fresno has lost over 15 percent of its police officers. Police Chief Jerry Dyer told The Bee’s John Ellis earlier this month that violent crime was up 16 percent last year and is up an additional 24 percent this year. Poverty has increased from 22 percent to 30 percent from 2009 through 2014. This is a remarkable regression in a short few years.

GETTING OUR PRIORITIES STRAIGHT

Mayors Patterson and Autry aggressively applied for and received federal grants for more police officers. The Swearengin administration has pursued public safety grants as well. However, the amount of those grants are far less than the tens of millions of dollars earmarked for Fulton Mall and Bus Rapid Transit, projects that are lauded by Sacramento and Washington, D.C.

The question is, do they truly address the priorities of a city under siege by poverty and crime?

The Swearengin administration, among other accomplishments, balanced the budget during the recession, made downtown revitalization its top priority and supported high-speed rail. Despite these achievements, it went on to propose turning off thousands of streetlights throughout Fresno.

In 2013 the administration championed Measure G, a failed campaign intended to prevent insolvency, which pitted the public and private sectors against one another in privatizing residential trash service. Ultimately, the city did not go bankrupt, and the mayor was able to provide more than $300,000 in bonuses beginning in 2014 to City Hall executives.

During one of the worst droughts in the Valley, we need a mayor who understands the importance of our agricultural industry and its water needs. Why was Swearengin one of the only locally elected officials who declined to sign the California Latino Water Coalition’s May 2015 letter to Gov. Jerry Brown addressing the Valley’s water needs?

Our next mayor should make water supply for our city and region one of the top priorities.

Clovis has beautiful neighborhoods and a shovel-ready research and technology park. City leaders in Clovis recognize the need to be business friendly and have surpassed Fresno as the choice destination for a safe and beautiful place to live. People vote with their checkbooks, and more of those are being opened in Clovis.

Our city is the fifth largest in California. Unfortunately, in a recent study of 250 California cities, we rank number 230 in employment opportunities. Fresno’s next mayor must promote both existing businesses and the creation of new business that feeds economic growth, making sure our local jobs are not being strangled by red tape at City Hall.

Sam Lucido of Lucido Properties describes the Fresno project-approval process as hostile. “My single-home infill project took three years to get approved. If you don’t have a great connection with the mayor and council, then your project won’t get through.”

After receiving more than 2,800 signatures in support of his expansion, Dave Fansler of Yosemite Ranch restaurant has spent more than $55,000 over four years to obtain project approval, but has not broken ground. “The city of Fresno is so unfriendly to do business in, you have to hire a professional,” Fansler said. “It’s not just the mayor’s responsibility. We need a planning director that has the fortitude to navigate through the red tape.”

The next mayor of Fresno can lead much more effectively by inviting local experts to craft solutions rather than leaving legislation exclusively to bureaucrats.

For example, when Clovis was evaluating solutions to water cutbacks and its effect on public spaces, it brought together planners, landscape architects and homebuilders to create a design that is attractive, drought tolerant and compliant with state law.

In contrast, when the city of Fresno was writing its new development code, decisions were made from the top down, without regard for market demands. An example was the proposed elimination of cul-de-sacs from new neighborhoods.

John Brelsford, president of Diversified Development Group, has firsthand experience navigating the permitting process in different Valley cities. “Visalia is very pro-business. The problem with the city of Fresno is culture, and that culture is from top down.”

WHY DOES THIS MATTER?

Few businesses have the opportunity to see firsthand the effects of local government through the same lens as the Granville family of companies. We are involved in housing, education, manufacturing and farming – a group of industries that work with government on a daily basis.

My interest in local government has been dismissed by some as being self-serving or financially motivated. Good public policy is, of course, beneficial to our businesses and employees, just as it is the foundation for a thriving community.

By implementing policies that attract and retain businesses, we see decreased unemployment, increased tax revenue, and more money for public safety, schools, parks and infrastructure – all essential elements of a healthy community.

As a business owner directly affected by city policies, I am aware that speaking up may jeopardize our projects. Companies are reluctant to voice their opinions for fear of retaliation, and the rest of the community is unaware of what happens at City Hall.

This article may attract backlash from those in the public and private sector who enjoy a comfortable, reciprocal relationship with the current administration. I hope these critics realize that my goal in writing this article is not to cast blame, but rather to acknowledge past mistakes so we do not repeat them.

A CALL TO ACTION FOR CANDIDATES

Every mayor promises to improve the environment at City Hall and promote prosperity. We are a city of rich and diverse cultural heritage that can’t afford to wait another four or eight years to improve our economic climate. Therefore, each candidate should answer the following:

We live with the consequences of the government we elect. Keep this in mind when you vote.

Darius Assemi of Fresno is a builder, farmer and philanthropist.