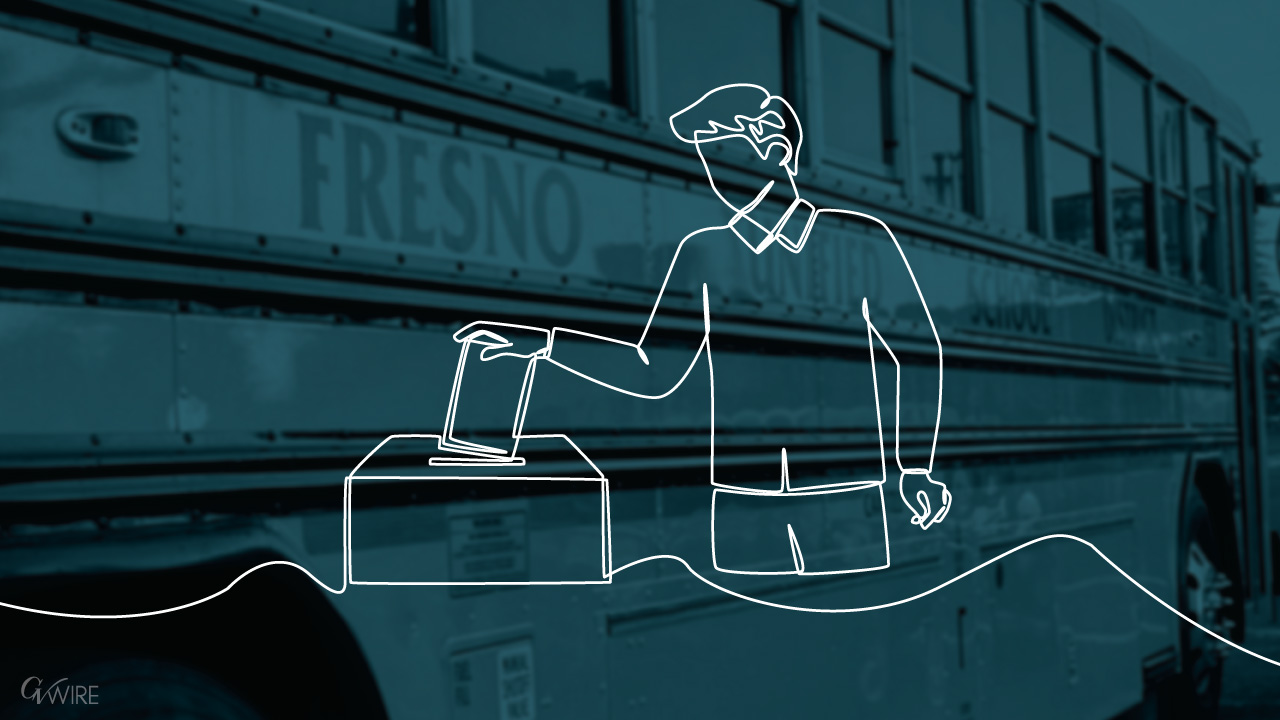 Even though Fresno Unified School District spends over a billion dollars each year in taxpayer funds, voters appear to be downright disinterested in who is elected to oversee how the money is spent.

In three of the four trustee races, one-third or fewer of each area’s registered voters decided the outcome. 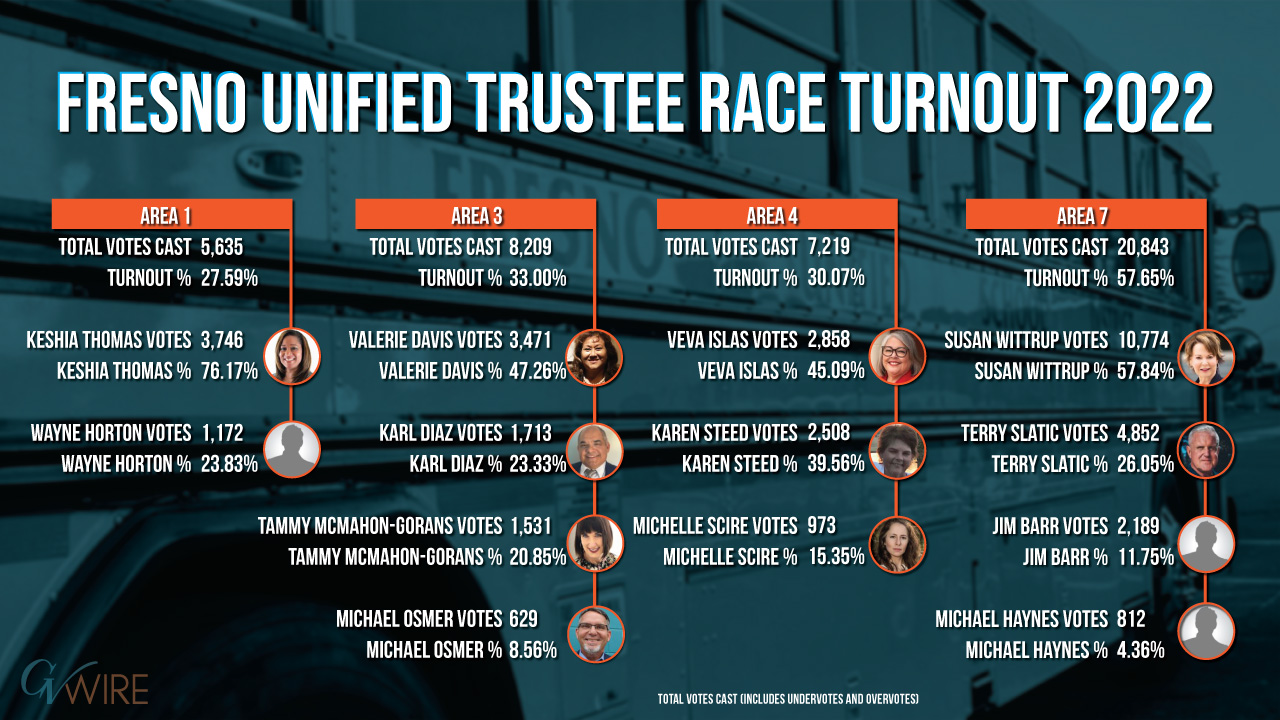 But the 2018 race was an outlier for mid-term elections, which typically see lower turnouts than in the years when presidential races top the ballot, political consultant Jason Carns told GV Wire on Tuesday.

In 2018, more voters than usual cast ballots in rejection of then-President Donald Trump, who wasn’t even on the ballot, Carns said. Voters were less motivated this year because Joe Biden has been a “quieter” president, he said.

The governor’s race in California was a foregone conclusion for Gavin Newsom’s re-election, and the U.S. Senate race also was seen as less competitive, he said.

By contrast, in states like Pennsylvania and Ohio, hot races at the state and federal levels drew voters to the polls, Carns said.

The irony is that even though local races, such as a school board, have more of a direct impact on people, “the average person doesn’t pay attention to local races,” he said.

Lisa Bryant, an associate professor who chairs Fresno State’s Department of Political Science, said that a perceived lack of competitive races, such as for the Assembly and state Senate, can impact turnout for School Board elections.

In addition, compared to prior years there was a lack of coverage as well as fewer candidate forums this year, which meant that voters were getting most of their information from mailers or campaign materials, Bryant said. When that happens, “they often check out of those races,” she said in an email to GV Wire.

Bryant noted that the race with the highest turnout was Bullard Area 7, where the incumbent had drawn considerable media coverage over his four-year term.

“School board elections are what we would call a ‘high cost’ election for voter decision-making,” she said. “What I mean by that is, information about the candidates is often not readily or easily available, so voters have to spend more time looking for quality information from one or more sources. … The more difficult finding information is, the more time and energy needed for researching races (this is the cost), the less likely people are to vote for those races.”

The vote totals in November’s Fresno Unified School Board elections also reveal stark differences in the number of registered voters in each trustee district. The trustee areas, which were redrawn after the 2020 census, are designed in part to have comparable demographics, including equivalent numbers of residents.

In the Sunnyside Area 3 election, the turnout was 33% among the 24,876 southeast Fresno voters; in the McLane Area 4 race in central Fresno, 30% of the area’s 24,006 registered voters cast ballots.

The seven trustees are elected by voters within their trustee area.

Although the Fresno County Elections Office has not yet certified the results, the unofficial results show that  Thomas got 3,746 votes; incumbent Valerie Davis, who bested three challengers in the Area 3 race, got 3,471 votes; incumbent Veva Islas, who faced two challengers, got 2,858 votes; and Wittrup collected 10,774 votes in the four-candidate Area 7 race.