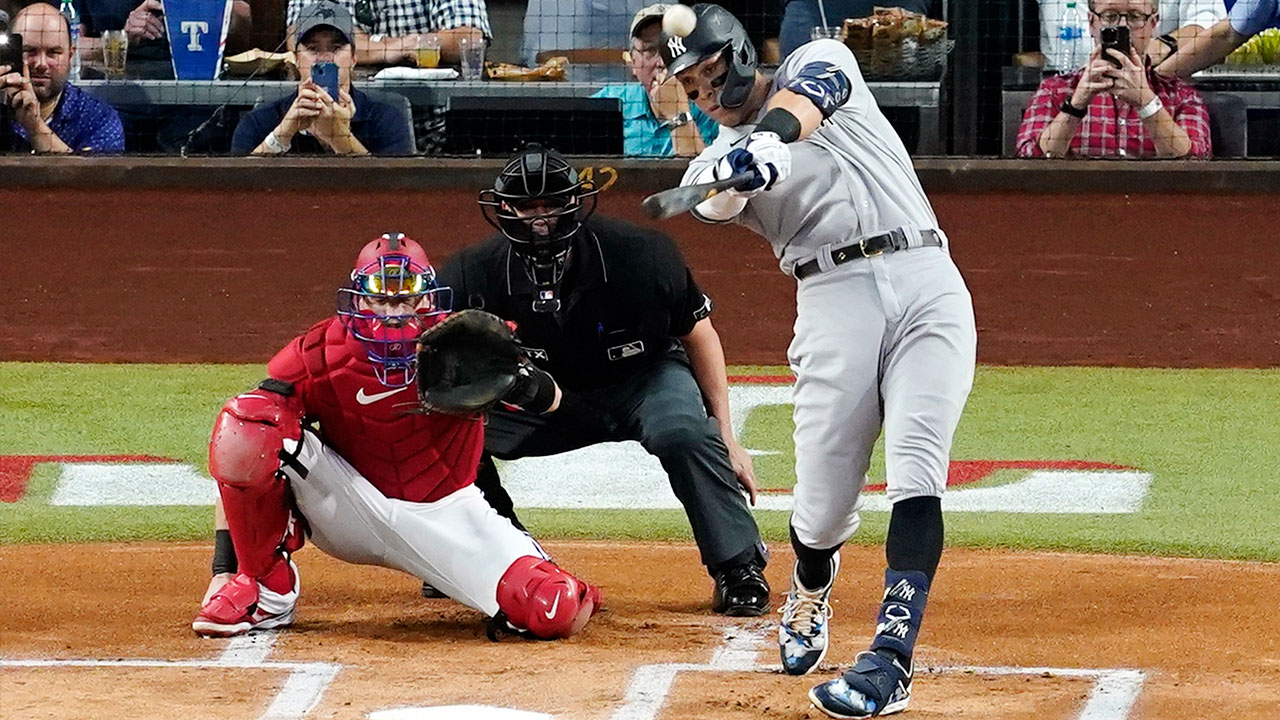 ARLINGTON, Texas — Aaron Judge took a smooth, mighty swing, then broke into a big smile as he trotted around the bases. Heading home, his teammates backed away, letting him touch the plate alone.

At last, the New York Yankees slugger had the American League home run record all to himself.

“It’s a big relief,” said Judge, who starred at Fresno State. “Everybody can finally sit down in their seats and watch the ballgame. It’s been a fun ride so far, getting a chance to do this. … Getting a chance to have your name next to someone as great as Roger Maris and Babe Ruth and those guys is incredible.”

Judge said he felt “quite a few emotions” after connecting, thinking about his family and fans and supporters. He said it would probably be after the season until he’d truly soak in and appreciate the significance of his achievement.

“In my book, it’s just another day,” the stoic Judge said.

What a night. Such a blessing from God to share that moment with so many special people! Thank you @RogerMarisJr, the Yankees, my teammates, my family and all the Yankee fans for such an incredible day! pic.twitter.com/soiC52sOth

After slamming his helmet in a rare show of frustration when he went without a homer in the first game of the doubleheader against the Rangers in Texas, Judge hit the third pitch of the nightcap into the first row of seats in left field.

That trip around the bases after a long chase was certainly a mixture of pure joy and relief for No. 99, whose only homer in the previous 13 games had been when he tied Maris’ 61 last Wednesday in Toronto.

Judge did it just in time, too, homering on the next-to-last day of the regular season.

Judge’s milestone ball was caught by Cory Youmans of Dallas, who was sitting in Section 31. When asked what he was going to do with the ball while being taken away with security to have the ball authenticated, Youmans responded, “Good question. I haven’t thought about it.”

Remember where you were when #AaronJudge made history. 6️⃣2️⃣ #AllRise pic.twitter.com/w4kbDJf5ZC

Judge also praised the fan for making a “great catch” and said the man had every right to keep the prized souvenir.

Gerrit Cole, who set a Yankees single-season strikeout record in the same game, said he didn’t know if Judge was pressing as of late, but chuckled when saying everybody else on the team was.

New York wound up losing the second game after winning the opener 5-4. With one game left in the regular season, the split left the Yankees with a fitting 99-62 record — Judge’s number and his home run total. 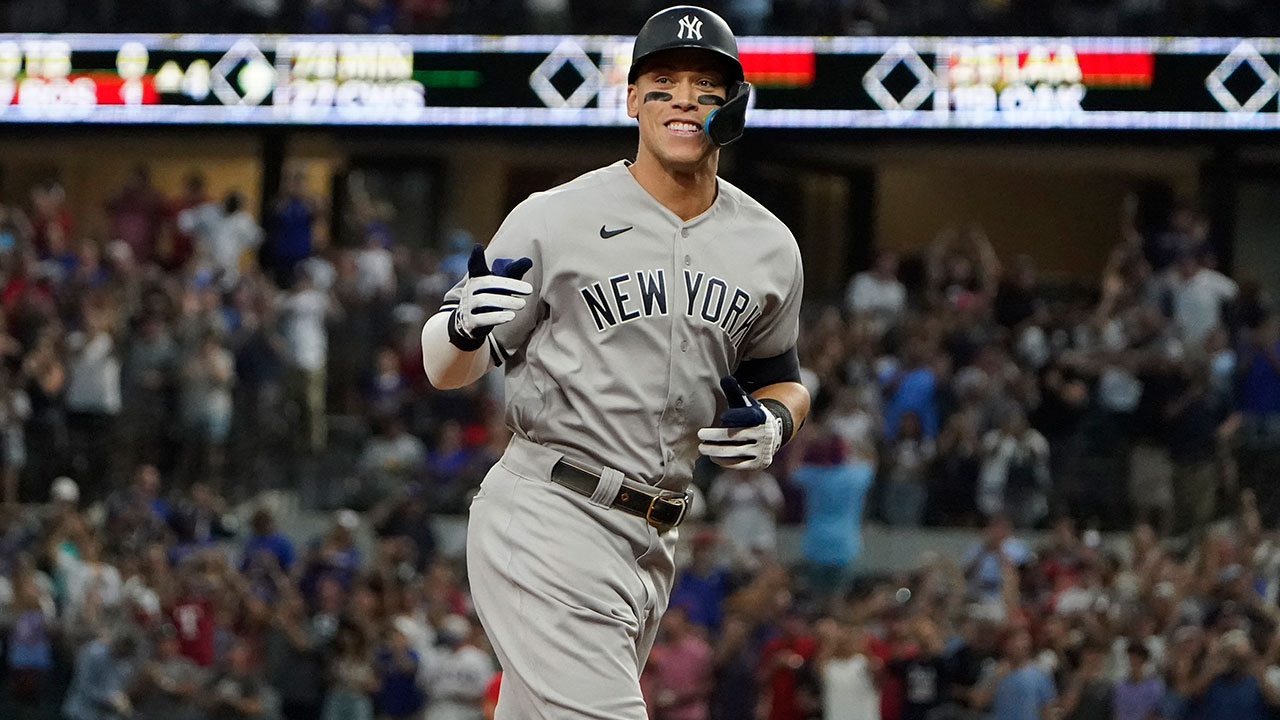 Judge’s mother and father were in the stands to see the 30-year-old outfielder end a five-game homerless streak, including the earlier game Tuesday when he was 1 for 5 with a single.

The Maris family wasn’t in Texas after following Judge around for a while, but Roger Maris Jr. tweeted, “Congratulations to Aaron Judge and his family on Aaron’s historic home run number 62! It has definitely been a baseball season to remember. You are all class and someone who should be revered. For the MAJORITY of the fans, we can now celebrate a new CLEAN HOME RUN KING!!”

Instant Reaction Around the Country

Reaction quickly came from far beyond the ballpark.

Maris’ 61 for the Yankees had been exceeded six times previously, but all were tainted by the stench of steroids. Along with Bonds’ record, Mark McGwire hit 70 for the St. Louis Cardinals in 1998 and 65 the following year. Sammy Sosa had 66, 65 and 63 for the Chicago Cubs during a four-season span starting in 1998.

McGwire admitted using banned steroids, while Bonds and Sosa denied knowingly using performing-enhancing drugs. Major League Baseball started testing with penalties for PEDs in 2004, and some fans — perhaps many — until now have considered Maris as holder of the legitimate record.

Judge’s accomplishment will cause endless debate.

“To me, the holder of the record for home runs in a season is Roger Maris,” author George Will said earlier this month. “There’s no hint of suspicion that we’re seeing better baseball than better chemistry in the case of Judge. He’s clean. He’s not doing something that forces other players to jeopardize their health.”