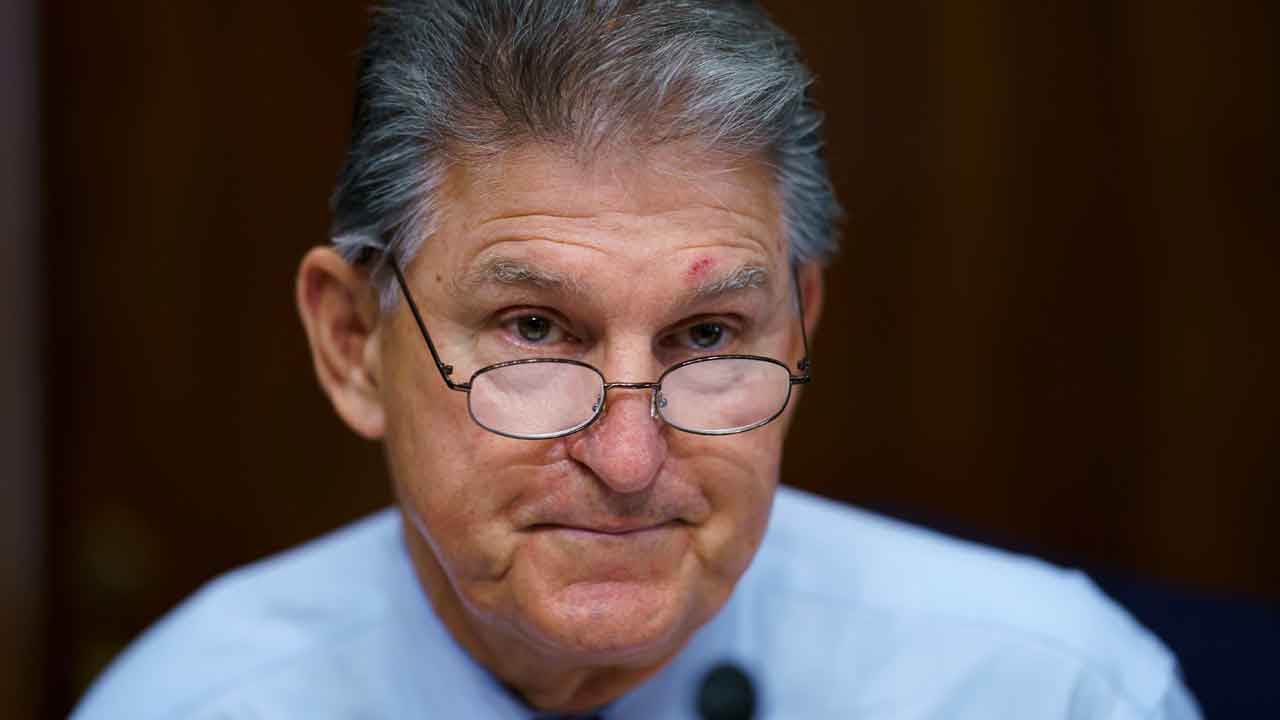 Sen. Joe Manchin has warned that he does not support President Biden's plans for a sweeping $3.5 trillion effort to rebuild and reshape the economy. (AP File/J. Scott Applewhite)
Share with friends

WASHINGTON — Centrist Sen. Joe Manchin said Thursday that Congress should take a “strategic pause” on more spending, warning that he does not support President Joe Biden’s plans for a sweeping $3.5 trillion effort to rebuild and reshape the economy.

The West Virginia Democrat’s pointed opposition was stronger than his past statements and taps into a grab-bag of arguments over inflation, national security and other concerns to deny Biden and his party a crucial vote on the emerging package. The timing of his comments comes as lawmakers are laboring behind the scenes to draft the legislation ahead of this month’s deadlines.

“Instead of rushing to spend trillions on new government programs and additional stimulus funding, Congress should hit a strategic pause on the budget-reconciliation legislation,” Manchin wrote in an op-ed published in the Wall Street Journal.

“I, for one, won’t support a $3.5 trillion bill, or anywhere near that level of additional spending, without greater clarity about why Congress chooses to ignore the serious effects inflation and debt have on existing government programs.”

Democrats have no votes to spare as they labor to helm Biden’s big “build back better” agenda to passage in the narrowly divided Congress, where they have the majority in the 50-50 Senate because of the tie-breaking vote of Vice President Kamala Harris.

Spending Paid for with Taxes on Corporations, Wealthy

Manchin has long been a holdout against the topline amount, $3.5 trillion, even though he voted last month to approve a budget resolution that set the figure. The package proposes billions for rebuilding domestic infrastructure, tackling climate change and expanding or introducing a range of services, from free pre-kindergarten classes for children to dental, vision and hearing aid care for seniors. All of it would be paid for with taxes on corporations and the wealthy.

Congress is away on recess, but Manchin’s remarks are sure to be seen as an attempt at gaining leverage as lawmakers work privately to draft the package. The House and Senate are negotiating the details ahead of consideration and possible votes, expected when they return later this month.

Along with centrist Sen. Kyrsten Sinema, D-Ariz., who has also expressed opposition to a package of that size, the two are able to hold sway by withholding their support.

But dropping the price tag will infuriate members of the liberal flank in Congress who have pressed for an even more robust package and have tired of catering to the centrists.

House centrists drew the ire of their colleagues last week when they held up passage of a blueprint for the package as they pushed for concessions.

Manchin, though, has almost relished the attention he commands.

“While some have suggested this reconciliation legislation must be passed now, I believe that making budgetary decisions under artificial political deadlines never leads to good policy or sound decisions,” he wrote.

Related Topics:More News
Up Next

EXPLAINER: What to Know About New Texas Abortion Law