Fresno Wants to Watch You as You Park at the Park 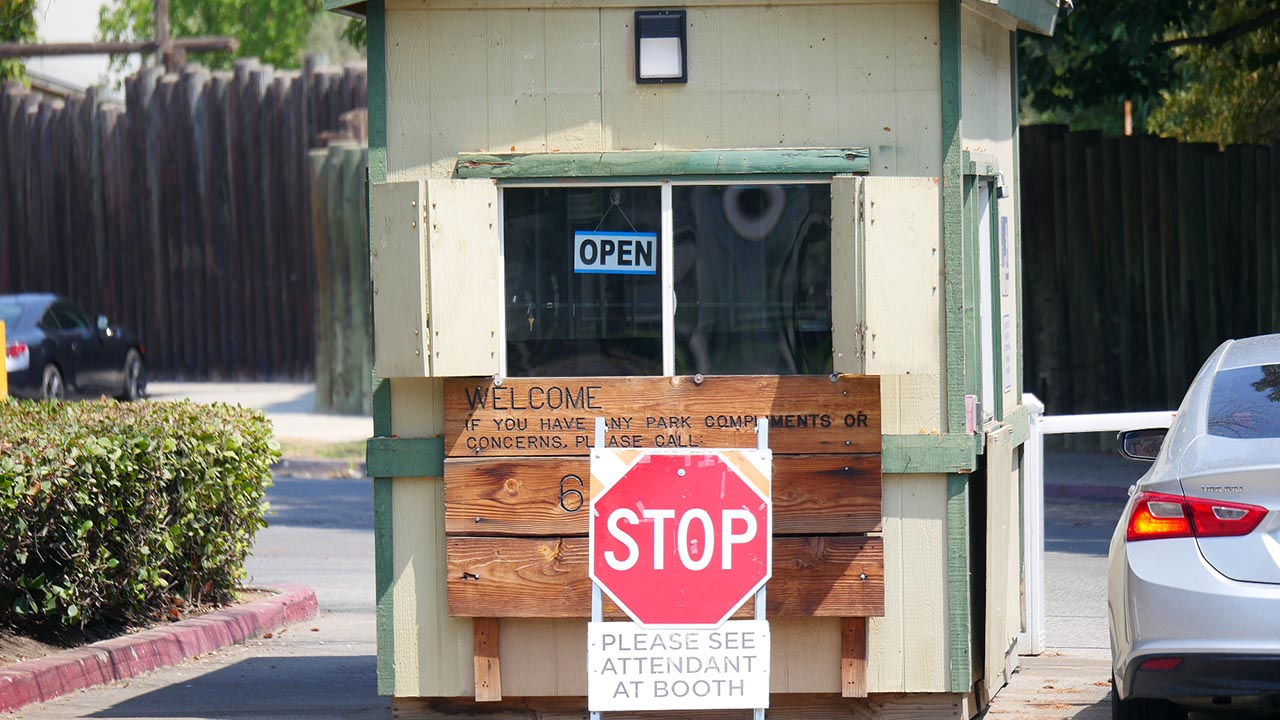 Update, 7/15/21: the Fresno City Council approved installing vehicle license plate readers at Roeding and Woodward parks by a 6-0 vote. Councilman Garry Bredefeld was not present, as he is out of town.

Under the plan, vehicle license plate readers could soon replace live attendants in payment booths at both Woodward Park and Roeding Park.

“It’s going to reduce the amount of pollution generated by all these cars idling to get in and it’s going to improve the customer experience,” Arias said.

“One of the things that was identified by our customers was bottlenecks and the dissatisfaction of wait times and confusing operational hours. And then from an operational perspective, is it reduces our labor costs of a third party operating the … entrance,” Clark said.

The Fresno City Council approved a contract for license plate readers with Vigilant Solutions in September 2020 for $217,341, as part of a larger parking technology contract.

An amendment to the contract to allow for readers to be used at the regional parks will be discussed at Thursday’s City Council meeting.

How the License Plate System Works

Instead of waiting in line to pay a booth attendant, drivers would enter the park and pay the $5 per car entry fee at a kiosk or on a mobile phone app. Entering the car’s license plate number, or a code for an annual parking pass, is required. There is no entry fee for pedestrians or bicyclists.

Kiosks would be spread throughout the parks allowing “a more efficient flow for the customer,” Clark said.

If the entry fee isn’t paid within a designated grace period — a city official estimated a time of 30 minutes to allow for things like pick ups/drop offs — a parking officer would be notified.

Citations would then be physically delivered to cars that are in violation.

The growing reliance on license plate reader technology has raised privacy concerns for groups like the Electronic Frontier Foundation.

“There are laws on the books in California that say (license plate data) should not be shared across state lines or with entities that aren’t law enforcement agencies. And so as long as that sharing is going on, we’re going to have a problem with that,” said Beryl Lipton, an EFF investigative researcher.

Clark said that the city’s vendor, Vigilant Solutions, will use methods to secure the database.

Clark said it is not the intent for law enforcement to have access to the license plate reader information.

“That is not envisioned with this particular program. So it is intended specifically to to track parking,” Clark said.

The database would be cleared daily, Clark said.

Past Experience at Fresno Police Department

The city has been admonished before for not protecting its stored data on vehicle license plates.

In 2020, California’s state auditor criticized the Fresno Police Department for not doing enough to protect the privacy of the database.

Then-chief Andrew Hall said he would implement the auditor’s suggestions to make the database more secure. The department was not accused of wrongdoing.

“I’m going to remain skeptical that it couldn’t ultimately find its way into a database that wasn’t the way it was initially intended for. Because we’ve seen that happen in police departments all across the country and with license plate readers, both held by law enforcement and by other entities,” Lipton said.

Councilmembers are also interested in making sure license plate information is kept safe and private.

“My only concern is who has access to information, what the security protocols for the information and what confidentiality standards are we going to follow and adhere to,” Arias said.

Councilmember Tyler Maxwell likes the new technology, and compares it to the Fastrak program used in the Bay Area for collecting bridge and road tolls. But, he wants information to be kept safe.

“The the privacy and security will be a top issue for me and something I’ll be looking over closely as this technology is implemented. And any signs that this information is being abused, I would personally be willing to bring forward a resolution to get rid of that technology if it does prove to be a substantial violation of people’s privacy,” Maxwell said.