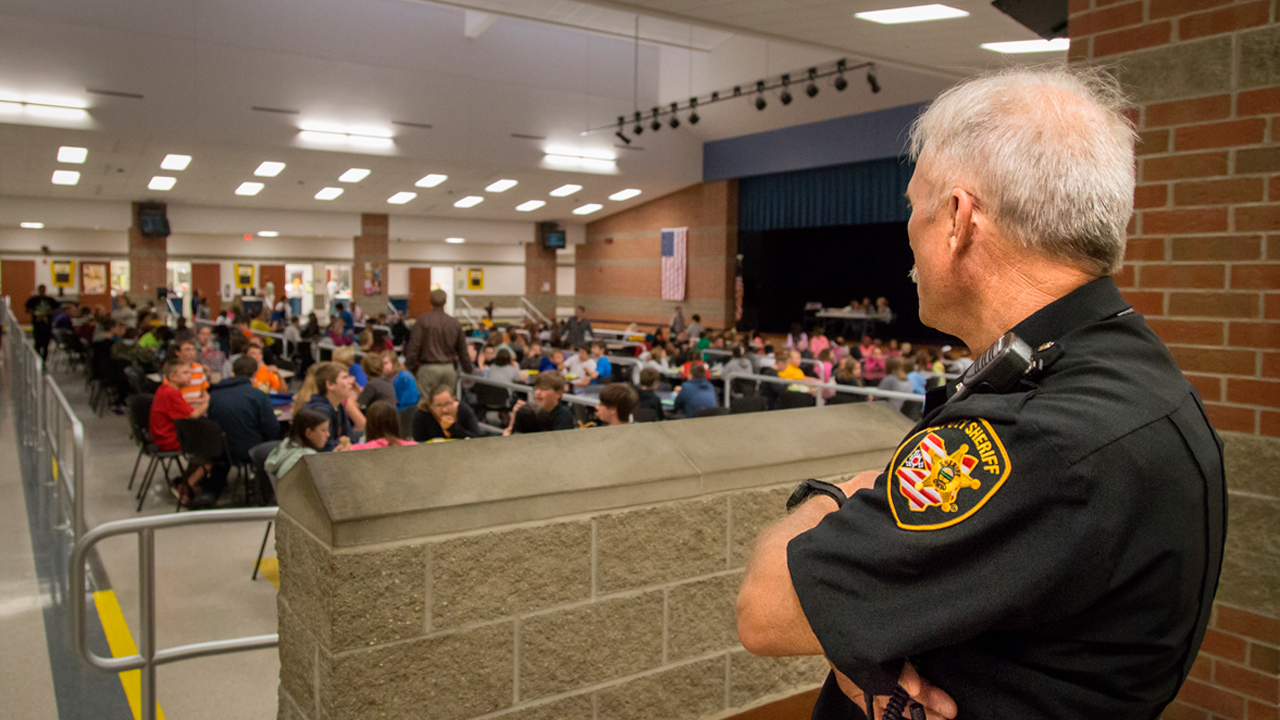 School districts, teachers and policymakers across California are determining how to get more students back to in-person learning as safely as possible. While these conversations are important, the continued decriminalization of Black and Brown students, and the abolition of school police, must be central to any plan for reopening schools.

Mitigating the impact of COVID-19 provides an important opportunity to push ourselves to radically reimagine what safety really means for students. School policing is an unsafe, racist practice that brings disproportionate harm to Black communities and communities of color. Even during distance learning, students  are facing the effects of harsh discipline. One example is a 15-year-old in Michigan who was put in juvenile detention last year during the pandemic when a judge decided that not completing her schoolwork violated her probation.

While the current context is new, the criminalization of youth of color in schools isn’t; Black students in particular have disproportionately suffered the harmful effects of school policing for decades. In Oakland, the migration of Southern Black families to the Bay Area in the 1940s and 1950s spurred police and school collaboration to target Black youth pathologized as “delinquents” and worse. Over time, Oakland, like many other American cities, built a devastating police presence in its schools, costing millions a year and impacting thousands.

Over the last four years in Oakland, where I’ve lived and organized for years, Black students accounted for 76% of student arrests by school police, and just 29% of the school-age population. This systemic racism is evident across the country. Not only are Black students arrested by school police at a higher rate, but they are more likely to go to schools with an active police presence.

It is largely because of school policing that our country’s education system has been complicit in building the school-to-prison pipeline, contributing immeasurably to mass incarceration and the criminalization of our young people of color. Instead of introducing Black children to lifelong mentors, our schools are the first place they encounter police. It is the trauma of those encounters that has a lasting impact on their lives.

The repercussions of school policing became clear in Oakland in 2011, when 20-year-old Raheim Brown was killed by Oakland Unified School District police. In the wake of Raheim’s death, community members led by the Black Organizing Project organized a  campaign to transform the climate and culture of Oakland schools and abolish its internal police department.

Ten years later, in the wake of George Floyd’s murder, the Oakland Unified School District board unanimously passed the George Floyd Resolution for Police Free Schools. The resolution moves us closer to the vision of a city whose schools are Black sanctuaries.

Oakland is not alone in this vision. We have seen the widespread calls to end relationships between schools and police, and to abolish contracts and departments all together. In cities from Denver to Los Angeles, to Phoenix and Minneapolis, officials are exploring and moving forward with plans to get police out of schools.

This growing movement reflects an understanding that real safety for students doesn’t come from school police. It comes from the community, with access to support services like counselors. As the pandemic forces us to reassess how schools can best meet the needs of students, eliminating police frees up much-needed funding for these supports.

The success of our movement reveals important lessons on how we can transform local systems that punish Black youth through community centered processes: put young people, parents and community members at the center of the work; keep fighting for transformational change, not just incremental, feel-good actions; and push plans that hold institutions accountable for stepping up and providing the necessary resources.

For a lot of people, having police in schools is the accepted status quo; it is how things have always been. It is time to imagine a different path to safety, security and Black sanctuary, one that returns schools to their core purpose – supporting all students to learn and thrive.

How to House People and Achieve California’s Climate Goals