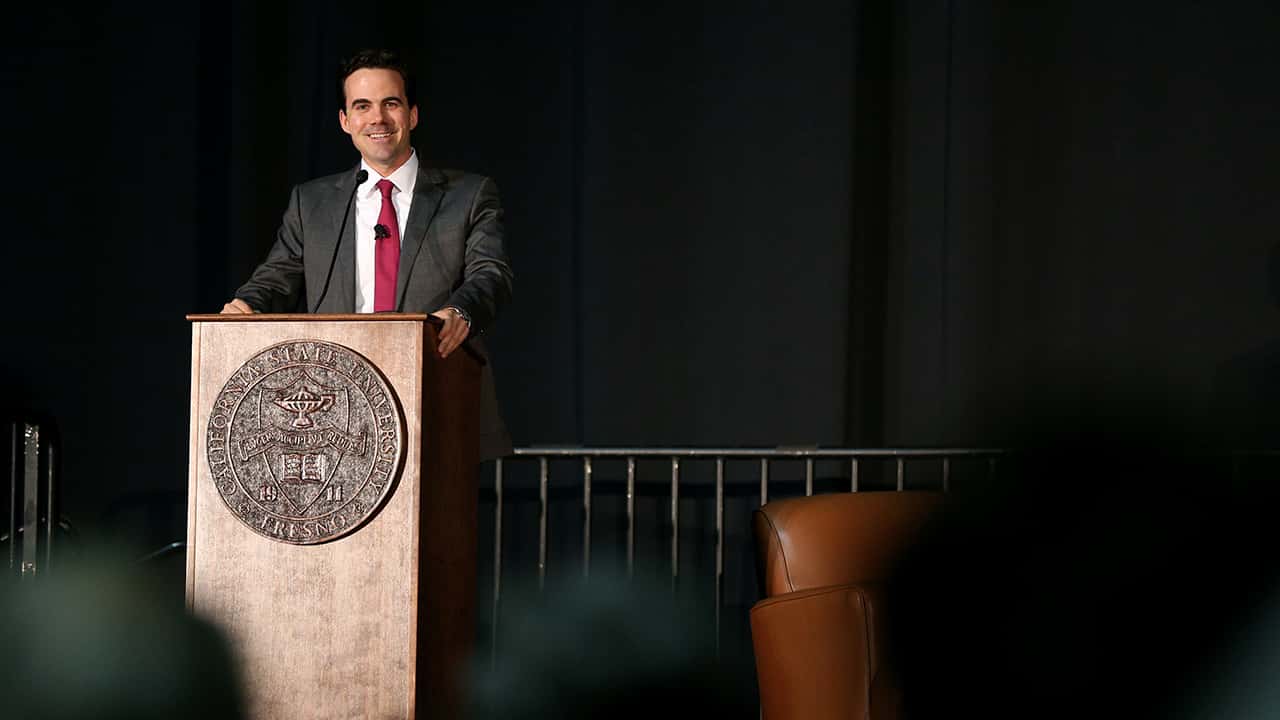 It was one of the most dramatic weeks in presidential history and Robert Costa was there to cover it.

Between a raucous debate, a COVID-19 diagnosis, a trip to Walter Reed and back, Costa — Washington Post reporter and host of PBS’s “Washington Week” — will have a lot to talk about during this year’s President’s Lecture Series at Fresno State.

Because of the pandemic, Costa will deliver his talk virtually, Thursday from 6 p.m. to 7:15 p.m. It is free and open to the public. Information on the Zoom link can be found here.

This will be Costa’s fourth consecutive year sharing his thoughts with the Fresno State audience, at the invitation of campus president Joseph Castro. Prior years drew large crowds to the Save Mart Center. Like in his previous appearances, Costa will take questions from the audience after his lecture. 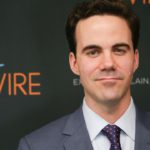 “I enjoy coming to Fresno, albeit this time virtually. It’s a community and a university both highly engaged in politics.” — Robert Costa

Costa says the monumental presidential campaign news from the past week is huge, but could something else top it?

Trump’s diagnosis concerned many White House staffers, according to Costa’s inside sources.

“Many of them are nervous about contracting the virus. You look at the (Supreme Court nominee) Amy Coney Barrett announcement last week — that’s widely seen by White House officials as a possible super spreader event — so it’s a tense atmosphere all around,” Costa said.

He views the TJ Cox-David Valadao congressional race as one of the most important in the nation.

“David Valadao has been a Republican priority for years now. They want him to be a representative for the Valley. And that race is a critical one because it will tell you so much about…how the battle for the House majority is going to unfold,” Costa said.

In 2018, Democrat Cox defeated Valadao by 862 votes. The TV airwaves have been flooded with ads for the race, for and against both candidates.

“I enjoy coming to Fresno, albeit this time virtually. It’s a community and a university both highly engaged in politics,” Costa said.

Interacting with the audience is what Costa most looks forward to.

“I’ve missed the opportunity to connect with voters this year. Traditionally, October is my World Series month. Not just for baseball, but for politics. You’re covering a campaign in its final stretch,” Costa said.

This will also be the last time Costa as the guest of Castro. The Fresno State president was recently promoted to chancellor (president) of the entire California State University system — a position that starts in January.

“He’s a class act. When he comes to DC, we often say hello to each other, maybe get a bite to eat. He’s a political junkie,” Costa said.

Costa would welcome returning to Fresno in the future even under a different president.

(This story has been updated to reflect this is Costa’s fourth year visiting Fresno State. A previous version said three).